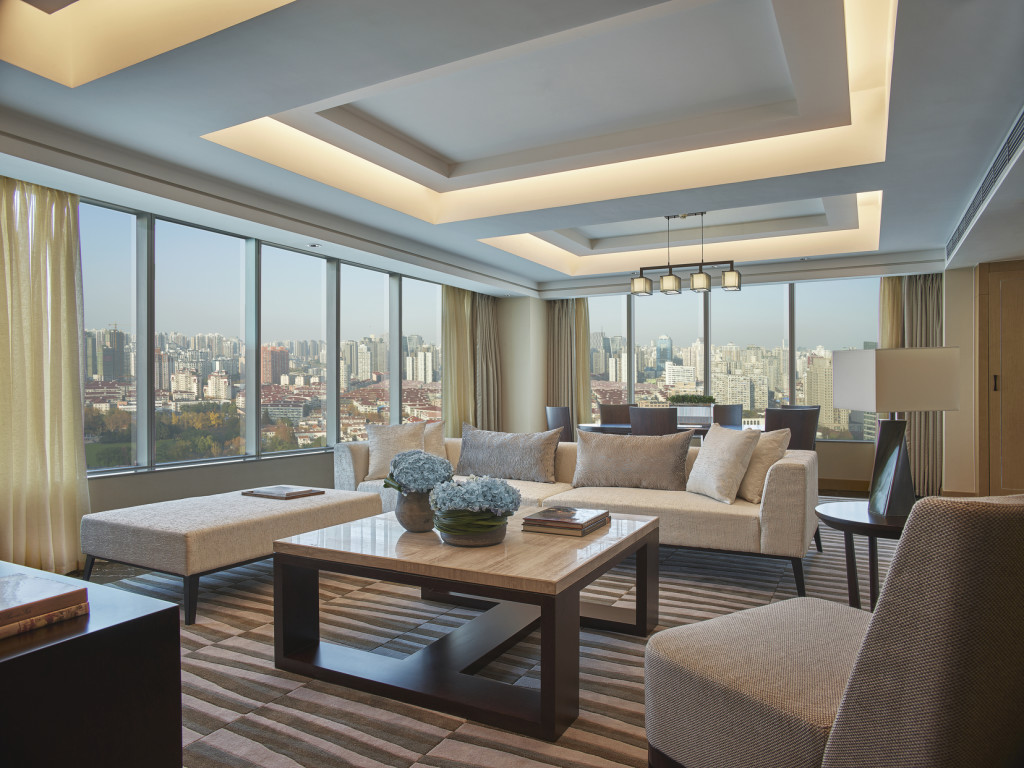 On the third day of ITB China, I was looking for news from Chinese hotel brands. I came across the stand for New World Hotels who have properties in mainland China and Hong Kong as well across Southeast Asia, for example in Petaling Jaya in central Malaysia, Ho Chi Minh and Manila.

I am a little embarrassed to say I had never heard of the company – which is particularly poor form as I used to work at an office building just 20 minutes’ drive from the Petaling Jaya property. However, I went on to learn that New World Hotels caters for the high-end and luxury business markets – the company also has a sister portfolio of properties named pentahotel which has a much more millennial demographic and mindset.

In Shanghai, these two properties share the same building, over the road from the south edge of Zhongshan Park and a few minutes’ walk from the subway station of the same name. A few emails later and I was on my way to see the combo-hotel for myself.

The concept of targeting the luxury business market is easily visible as soon as you arrive at the New World Shanghai Hotel: the property has enormous lobby lounge, which was serving afternoon tea as I arrived, plus a huge reception space for premium and regular check-in. That’s where I met my host Scarlett, director of communications for New World Shanghai Hotel, for a tour of the property. Just above the lobby lounge are the main hotel restaurants; first the open-kitchen concept Nong Café serving breakfast buffet in the morning, plus international buffet lunch daily and dinner at the weekend. 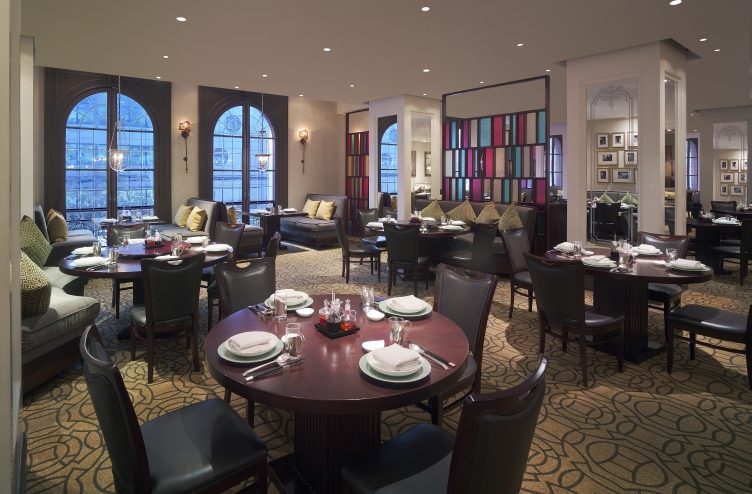 The more intimate Yue 1525 restaurant serves traditional Cantonese dishes, including dim sum and clay pot meals, in a Shanghainese Art Deco style venue. Zhang told me that the venue was popular for business dinners as well as family meals as we continued across a walkway to the connected pentahotel Shanghai. True to the concept, the bar space here has an almost ‘Student Union Bar’ feeling to it, with music and a dart board, as well as a breakfast buffet in a vibrant space waiting for guests. 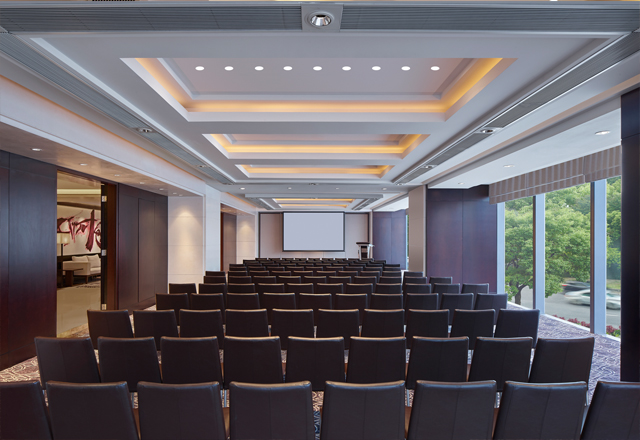 Just above the dining venues is a surprisingly impressive MICE set-up, given the centrality of the property. The Grand Ballroom, on the third floor, is a 400 sqm space; other spaces include the Diamond Rooms, each ranging from 105 to 215 sqm, that overlook the park and which can be combined to create a venue for up to 300 delegates (in round-table configuration).

Moving up to the 15th floor, there is surprisingly large swimming pool and gym – again with views over the park – plus a spa with steam room and sauna.

As for communal spaces, the jewel in the crown of the New World Shanghai Hotel property is the executive lounge on the 38th floor.

Premium guests – whose rooms are the 32nd floor and above – receive free access to the executive lounge throughout the day. There are newspapers and computers on hand and TVs showing international news on the walls, and there’s a complimentary – and more than adequate – Happy Hour spread including canapes and drinks between 5:30pm and 7:30pm daily.

This includes beers, wine, soft drinks and spirits with mixers; unsurprisingly the space was rather busy as corporate travellers from around the world came to relax after a day of business. For me personally, the highlight was the full-size pool table, also in the executive lounge. My colleague and I enjoyed a few games as we watched the sun set over the Xinhua Road district. My bedrooms was not enormous but well finished with a smart use of space, and again a fantastic view of the Shanghai skyline. My room looked out over the park; some look out of the other side of the property and over towards the Nanjing shopping district.

The TV showed news and sports in multiple languages and the bed was exactly what I needed after three days of walking around the Shanghai World Expo and Exhibition Center for ITB China. The bathroom was also beautifully appointed, with a connected shower and bathroom space, and adequate washing amenities.

Because I was flying out of Shanghai the next morning, sadly I did not have a huge amount of time available to enjoy the New World Hotels property as much as I would have liked, but I was more than impressed with what I saw.

My stay at New World hotels finished as quickly as it had been set up because I had to take a taxi to the airport at 5am. The next morning I woke up refreshed and ready for the long journey ahead so I must express my gratitude to the team at New World Shanghai Hotel for their hospitality.

New World to debut in Bangkok

New World to open in Petalingjaya