With the clouds departing below and my flight coming in hard and fast for its landing, my arrival to Thailand’s second largest island, and perennial holiday hot spot, got off to what can only be described as a bumpy start.

However, once I had recovered my equilibrium and passed through security and the morning sun stretching across the horizon, I was reminded of how lucky I am to have swooped into paradise on a mechanical bird, on a Monday morning,  as the start to my working week. And as soon as I was in the back of my transfer moving swiftly through the tropical solace, taking in the almost cliché beauty of Samui, thoughts of my impending doom were replaced with scenes of bucolic pulchritude and a deep sense of calm. Sweet. 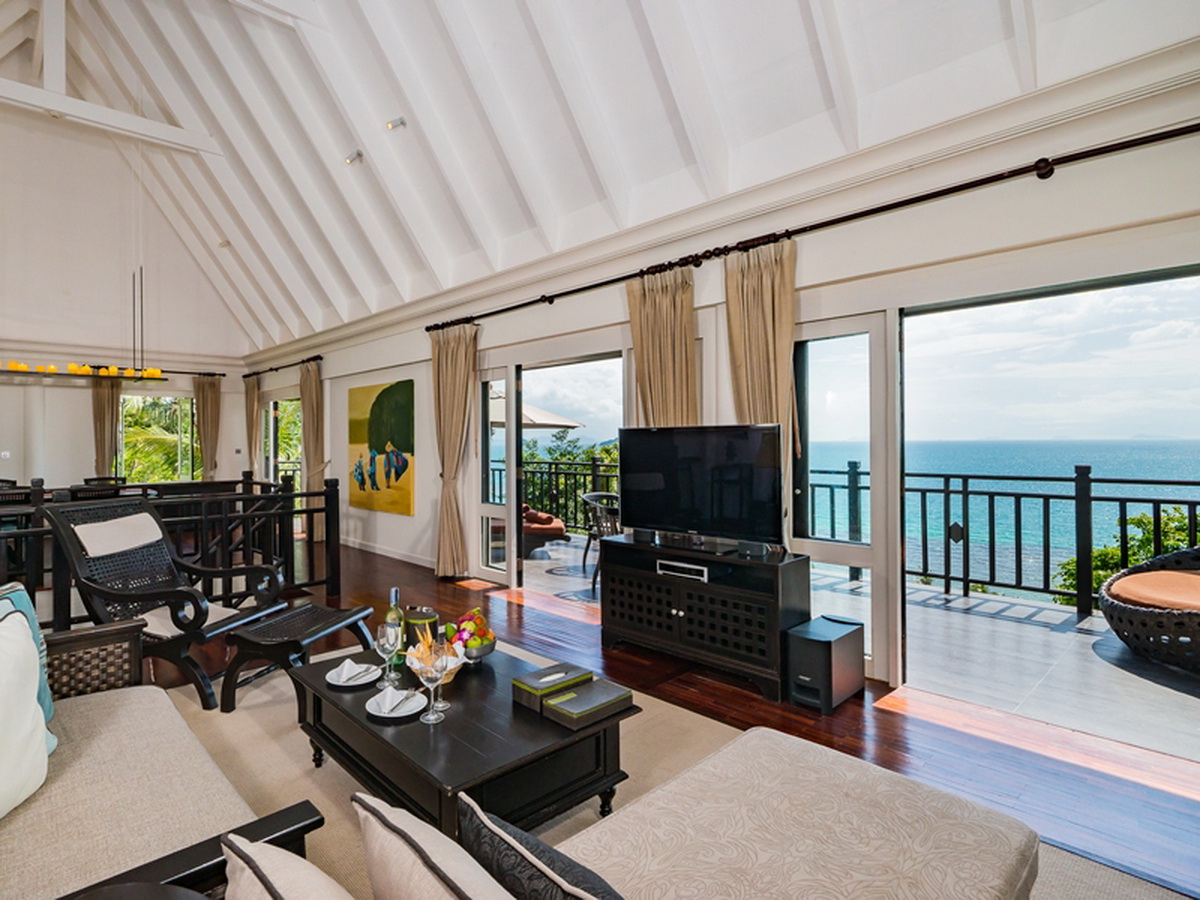 Arriving at my accommodations for the next two days, InterContinental Samui Baan Taling Ngam Resort, I was greeted by the rather swish hotel’s GM, Michael Shin, who like myself, discovered the magic of Samui a couple of years ago, when he first took up his role on the island. Unlike me, whose first visit in 2016 has not been repeated until now, Shin has lived and breathed the island since his arrival.

Still, the spell cast by the island over those who tread its achingly beautiful environs has yet to wear off. “I never really had an expectation of what the island would be like I never really had an expectation of Samui and before I began interviewing for the property I had no idea, I guess I thought it would be like Phuket but on a smaller scale.

“I was pleasantly surprised at how untouched this island is compared to other busy destinations, everything is kept in the natural settings no high rise buildings, gives you the ability to escape the chaotic life you may have left behind you. Here, on this side of the island, it is all about seclusion and tranquillity I am still taken by this feeling, even now.” 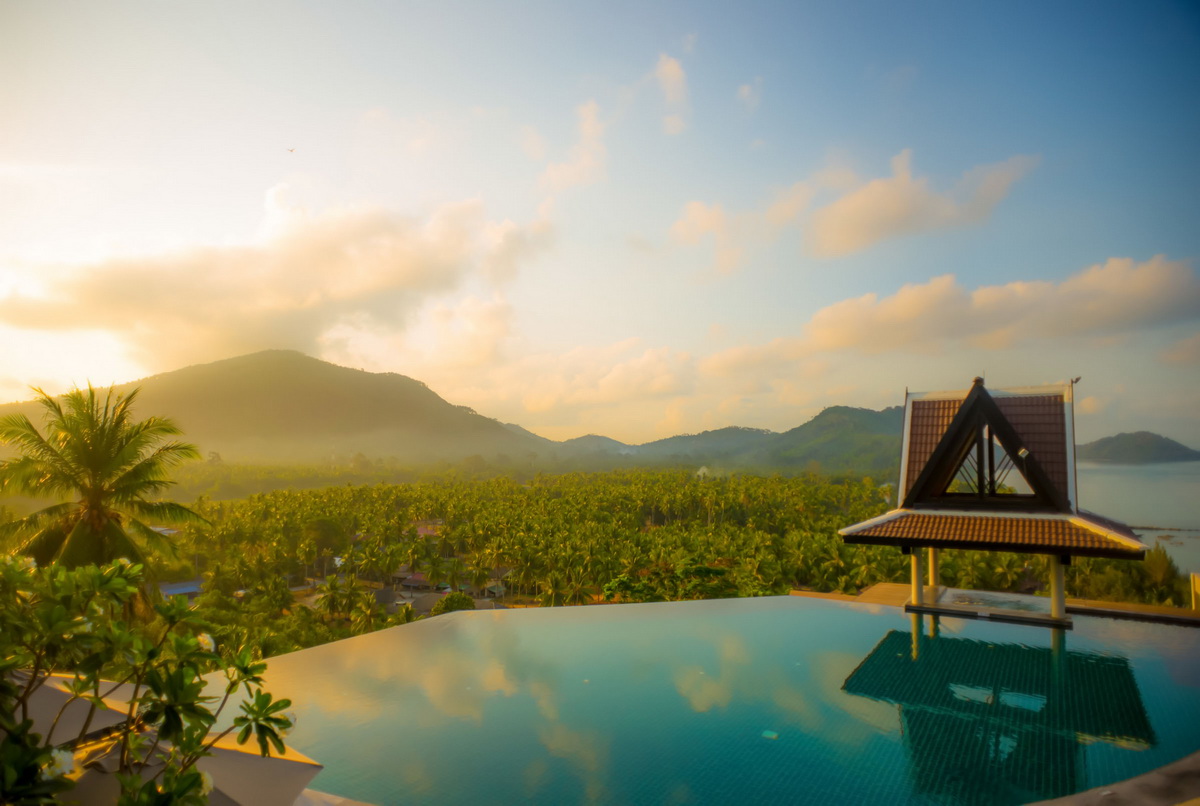 Michael and I continued to chat as I checked in and he escorted me to my quarters for the next couple of days, quite frankly, divine two-bed villa. Just moments from the beach and steps away from the sparkling waters of the Gulf of Thailand, and the added swank of the butler service, I felt a stab of guilt as I thought out how much my kids would love it here. The sand, ocean and, year-round tropical climate, would make a lasting impression on my two girls.

Reading my mind, as I gazed out across the sea, Michael waxed lyrical about the joy Samui has brought to his own brood, “As a father of three boys it is perfect it’s like an extended vacation, for almost three years for them.  I live here and it has been amazing to see my boys grow and experience this natural setting.” There and then I made a silent promise to the thriving Newport clan to bring them to Samui at the next opportunity. 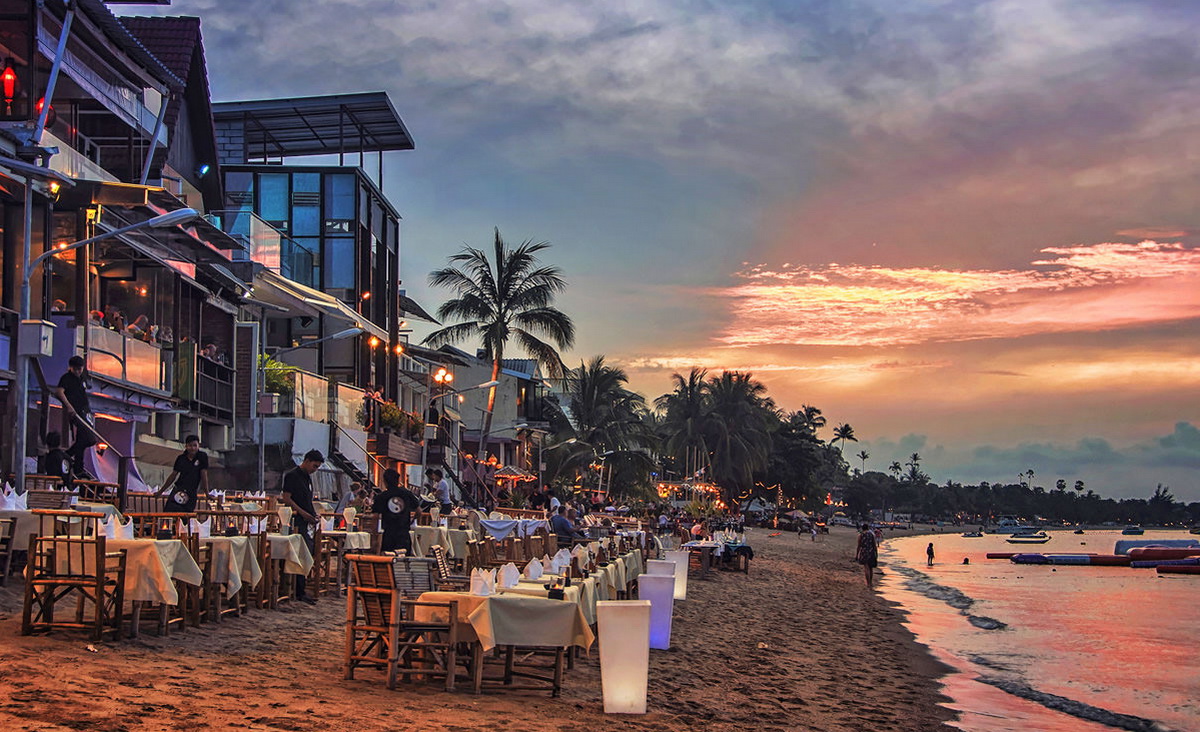 Following a simple breakfast in the hotel’s refectory, I pumped Michael for info on what I can get up to in the afternoon.  A simple question but greeted with a knowing smile. “In a way, there is a lot of surprising elements, especially in Taling Ngam where we are on the west coast.

You should go to Bophut. Bohput area is a change of pace from Taling Baan, with a bit more hustle and bustle, but it also has the Fisherman’s Village night market every Friday, where you can get all manner of local arts and crafts, Thai street food and there are live bands too.  But it still retains a sense of peace, for example, it’s kept nice and clean and there aren’t any backpackers running riot all over the place.

Bophut is also a great place to pick up tours of the island and indulge in a bit of retail therapy. There is also the traditional Elephant Walk Koh Samui market every night.”

Before I headed out to explore I joined Michael on his rounds to get a GM’s feel for the property, where he divulged his favourite part of the hotel, “It’s got to be Air Bar. Just watching those sunsets every night from there is just…well…I don’t mean to brag but there’s a reason why we were listed in the New York Times’ 1000 Places to See Before You Die”.

‘We are very adept and handle about sixty weddings a year”

Also, I noted with my MICE hat on, it would make a nice spot for a chill work function or, because of those magnificent sunsets, a wedding reception.

“Exactly.  It’s not just the sun either, it is the backdrop it’s against too, with the five islands and another dramatic element. Then because of the way the position of the sun changes and shifts from left to right every six months, what you see is different almost every day.

“Weddings are a great business for us. The sunsets make it almost predestined to be popular with wedding parties, but also the range of different venues we have a private pier, a floating stage on the pool, the lobby which overlooks the entire estate. We are very adept and handle about sixty weddings a year with a special team on site who handle everything from arranging accommodations to preparing the event itself.” 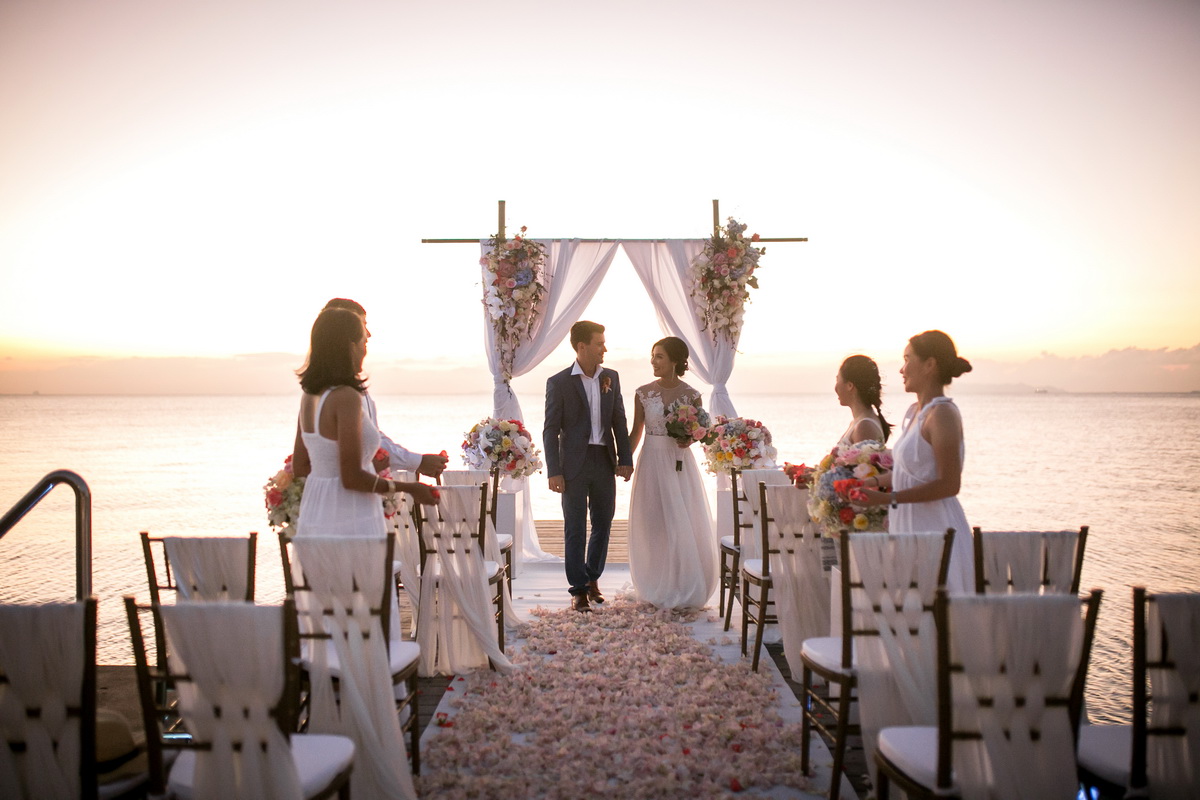 “The fact that we have this Instagrammable location is very important and lately, we have had a lot of couples fly in to have their wedding photos taken there.

“Even in the rainy season [typically late October to mid-December], Samui is always beautiful. And it’s not like it rains constantly during the so-called wet season, it’s a usually a just a couple of hours at around the same time each day. I actually like it; it’s like refreshment for the island.

“To me, it’s a lovely scene to see from the lobby, you can take afternoon tea or a cocktail and observe the drama from the heavens. Personally, I invite my friends to come to stay during this period as I think it’s actually one of the best times to come to Samui.”