Student holidays are some of the best experiences any person can have during their lifetime. You get to travel with friends, find your way in foreign countries and expand your mind by seeing further from your city, writes Jeremy Raynolds. 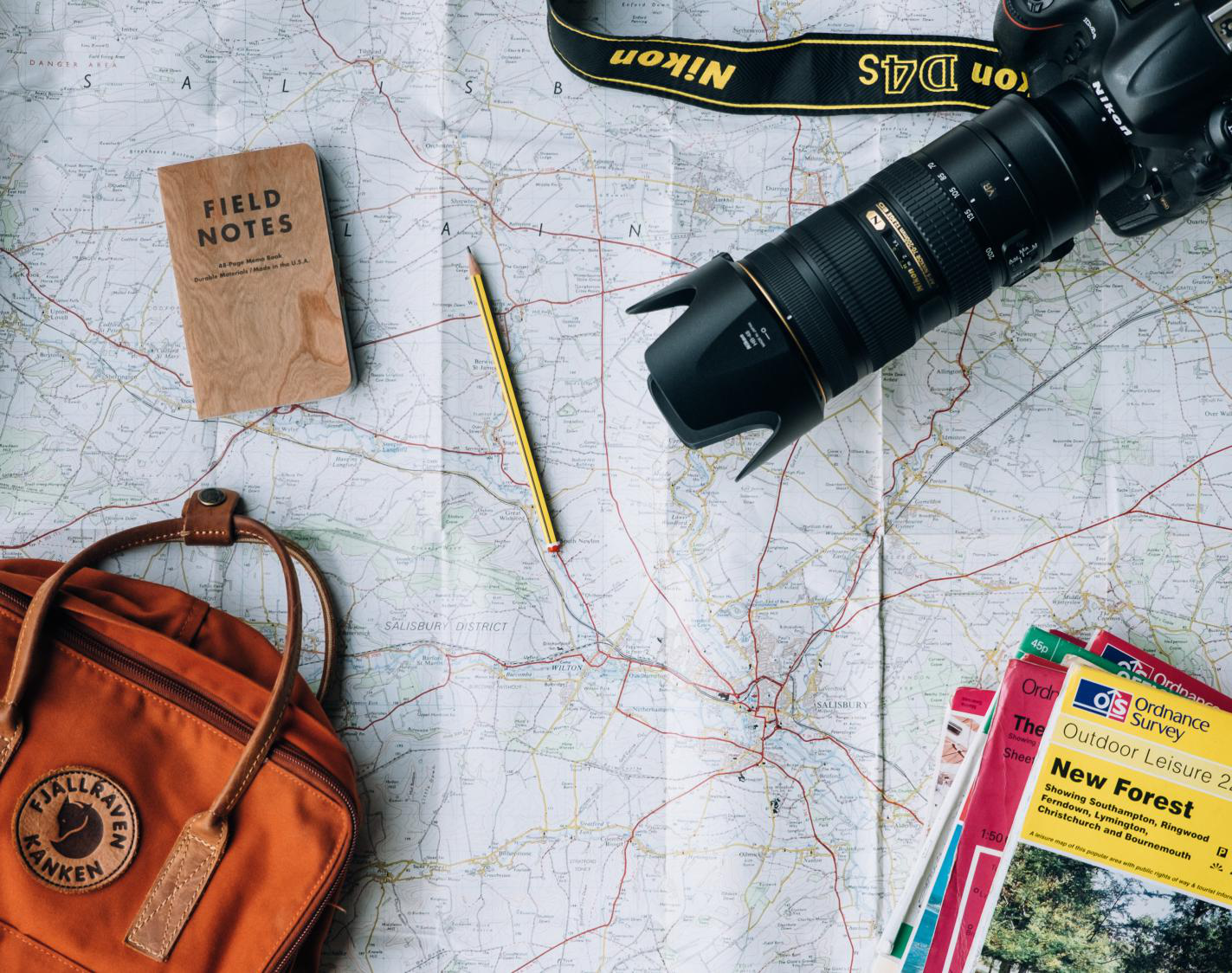 Although it’s possible to travel during the semester if you create a study schedule, the holidays are by far the best option. You get to relax, not think about exams and expand your horizons in every way imaginable.

Forget about five-star hotels and unnecessary luxuries – college years are for relaxing and preparing for your future. With these 10 best student holidays, you will create an experience that will last for a lifetime. 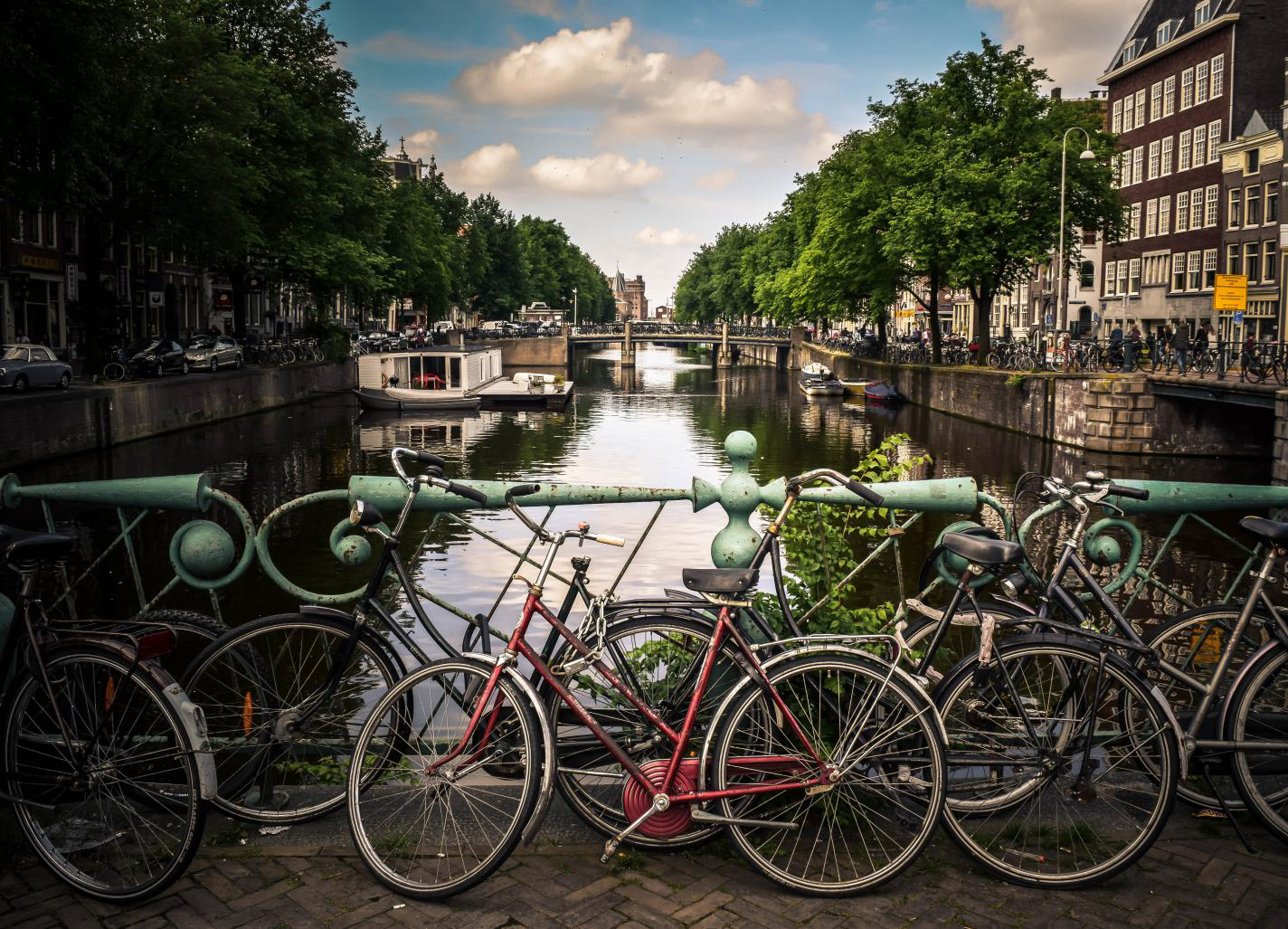 The Venice of the North is one of the most iconic cities in the entire world. You will get an immediate culture shock due to the relaxed and laid-back atmosphere of the city. It’s a major tourist hub, which means the prices for accommodation and food are always dropping. Amsterdam, however, is much more than just a tourist attraction.

Many international companies have their headquarters in the city, meaning that Amsterdam just might be your next place of residence. Soak up all the information and the atmosphere and you will have the time of your life.

King’s Landing is real! The city which was made famous by Game of Thrones is a medieval gem trapped in a bygone age. As you near the city, the majestic ancient fortress will captivate you and cause you to gaze upon it without blinking. Outside of the fortress, the Old Town still expands until it reaches the ever-amazing Adriatic Sea.

If you’re bored of strolling around the city and the local beaches, you can take a trip to one of the many majestic islands in the area, like Pag or Hvar. The city also boasts a number of volunteer work programs and other student-oriented ventures.

An always-bustling metropolis, Berlin is a multicultural wonder. They say Berlin never sleeps, but we would recommend that you visit it during the summer months. Like Amsterdam, Berlin is a unique mix of culture and rapid expansion, causing it to become an important business hub in Europe.

From iconic clubs like Berghain and Tresor to the many museums, you will come back home tired and happy. Hire essay writer service and stop worrying about the college assignments. While you’re there, look for attractive internships, make connections and enjoy yourself.

Often overshadowed by other Catalan cities and resorts, Salou is a beloved destination for students around the world. Because of its proximity to every important hub in the area, Salou is the place to be during the summer.

The best part about this historic city in Tarragona is that the prices are comparatively much lower than in Lloret de Mar and Barcelona. If the amazing sandy beaches aren’t enough for you, you’ll surely love the many rocky coves that are waiting for you to explore them. 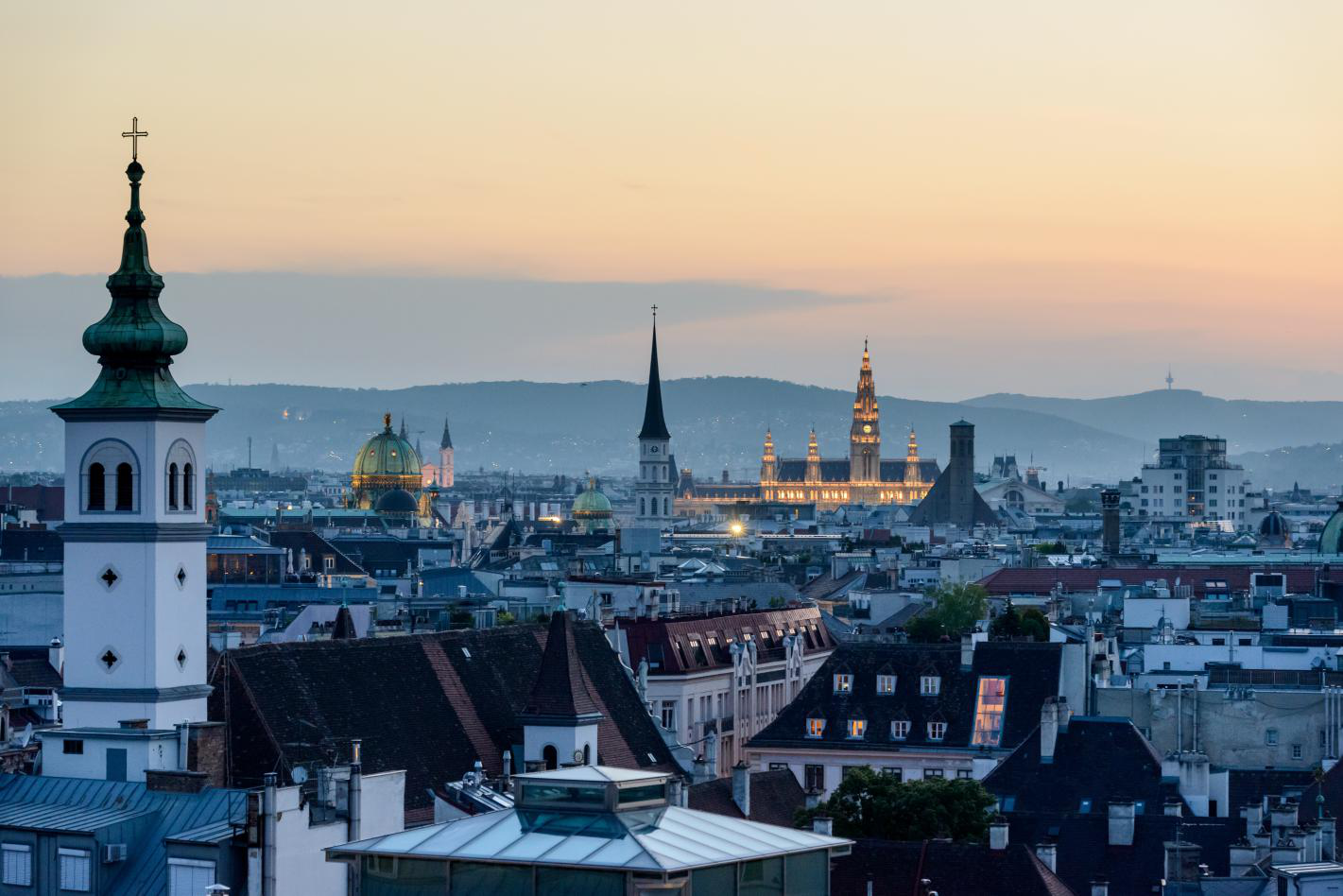 Are you ready to walk the same streets as Sigmund Freud, Hitler, Stalin and Josip Broz Tito? The City of Music has been the centre of European culture ever since the early days of the Austro Hungarian empire. It’s almost as if you’re walking into a fairytale lost in time.

The historic centre expands onto the more modern suburbs, giving you the ideal mix of fun and education. Masters programs in Vienna is inexpensive and highly sought after and you should definitely consider them.

The capital of Hungary is an important financial centre and one of the great cities where you can trace the Roman history and modern world marvels. It possesses a unique mix of brutalist, socialist architecture and Central European gems in the centre of the town.

Separated into Buda and Pest by the Danube river, Budapest will require your utmost devotion to get to know it in its full form. Relive the days of the past with some of the best entertainment in the region.

Prague is an ideal destination for both winter and summer holidays because of its chilly, picturesque winter scenery and warm summers. The first thing you should do when you get there is to grab a cup of tea and watch the sunset on Charles Bridge, gazing at all the majestic statues that have stood the test of time.

The city is also an important cultural hub in central Europe, with more than 10 major museums and over 50 theatres, both major and independent. You will certainly love the hospitality and warmth that the locals are known for.

Catalonia is definitely the place to see and you should start with Majorca. The biggest island in the Balearic archipelago may not be as spectacular as Ibiza, but it’s scenery and lush nature can rival even the tropical jungles of South America.

An ideal mix of serenity and activity, Majorca is the best place for relaxation and regaining energy for the next semester. While you’re there, take a boat trip to Dragonera and Cabrera, the two smaller islands near Majorca. 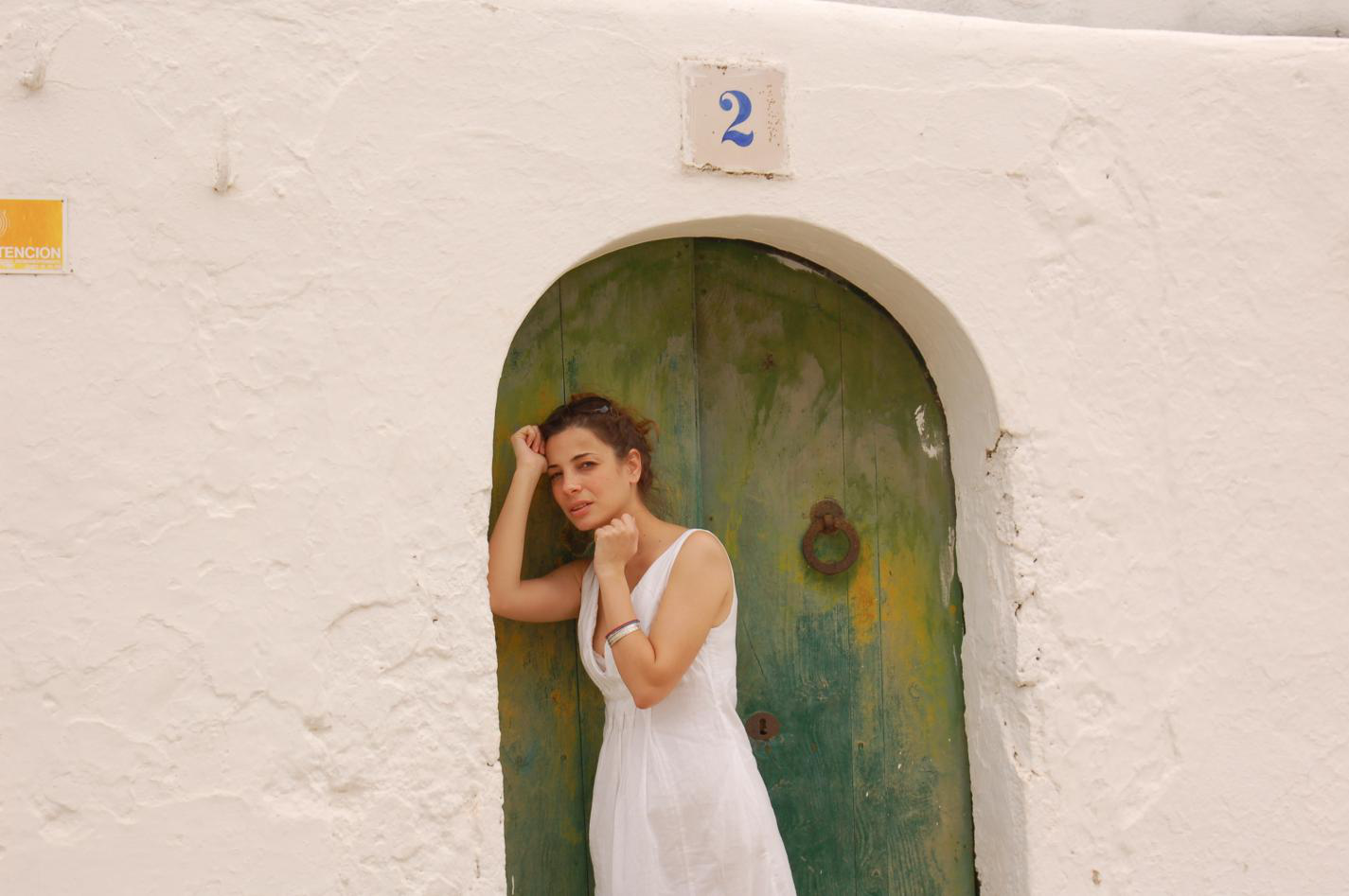 Tales of Ibiza’s party life are now legendary, and there is no reason why you shouldn’t see if they’re true for yourself. Somehow, the Spanish government managed to create a fusion of the best electronic music scene in the world with majestic castles, archaeological sites and picturesque beaches.

As an added excitement factor, you will most likely brush shoulders with famous athletes, actors and other celebrities. The best way to visit Ibiza is to combine with all-around Catalonian trip, encompassing Majorca, Salou and Barcelona.

Even though the Sagrada Familia church is not yet finished, you should use the chance to see it being meticulously built on a daily basis. If you’re a football fan, take a day off and visit the Camp Nou stadium. Home to FC Barcelona, the legendary venue has seen some of the most prolific players showcase their talent over the last few decades.

For those of you that like to put your body to the test, you can always take a trip to the nearby Serra de Collserola mountain range. It’s not high and it doesn’t take a lot of time to climb it, but the routes are challenging. In the end, you will be rewarded with quite possibly the most majestic views of your entire life.

Whichever destination you decide to pick, you will have the time of your life. Try to find cheap airline tickets and brush up on the language. Cities like Amsterdam and Berlin are more vibrant and they possess a unique mix of culture and entertainment. If you’re looking to relax a bit more, Dubrovnik and Majorca are the best destinations for you.

The best way to round up the summer (or winter) holidays is to switch destinations. If you manage to find work at Prague or Budapest, you can visit Vienna, Berlin or other cities that are near. Organizing the best possible student holidays is entirely up to you. We hope our list of best student holiday destinations will help you have a great summer!

Jeremy Raynolds is a travel blogger and content writer. His globetrotting efforts are unparalleled and he’s using all these experiences to educate young people about travel. For several years, he has worked as a hotel and restaurant critic. In his free time, Jeremy enjoys playing the guitar and practicing CrossFit. He can be contacted on his Twitter handle.