From half a million dollar investment upgrades to the largest monopoly in the world at sea the cruise world has been quite dynamic this week. Read up and catch up on all the action.

European Waterways announced that it is investing more than USD 500,000 toward a fleet-wide upgrade program that will see cabin redesigns, upgraded on-board amenities and modernised bathrooms on numerous vessels to provide a more comfortable and immersive hotel barge cruising experience.

According to Derek Banks, managing director for European Waterways, the company’s ongoing collaboration with Britain’s Marion Falchi Interiors, which specialises in luxury residential interiors, will ensure that a more contemporary style is “married smoothly with traditional features” to meet the high standards of luxury, comfort and convenience that guests aboard European Waterways’ vessels have come to expect. 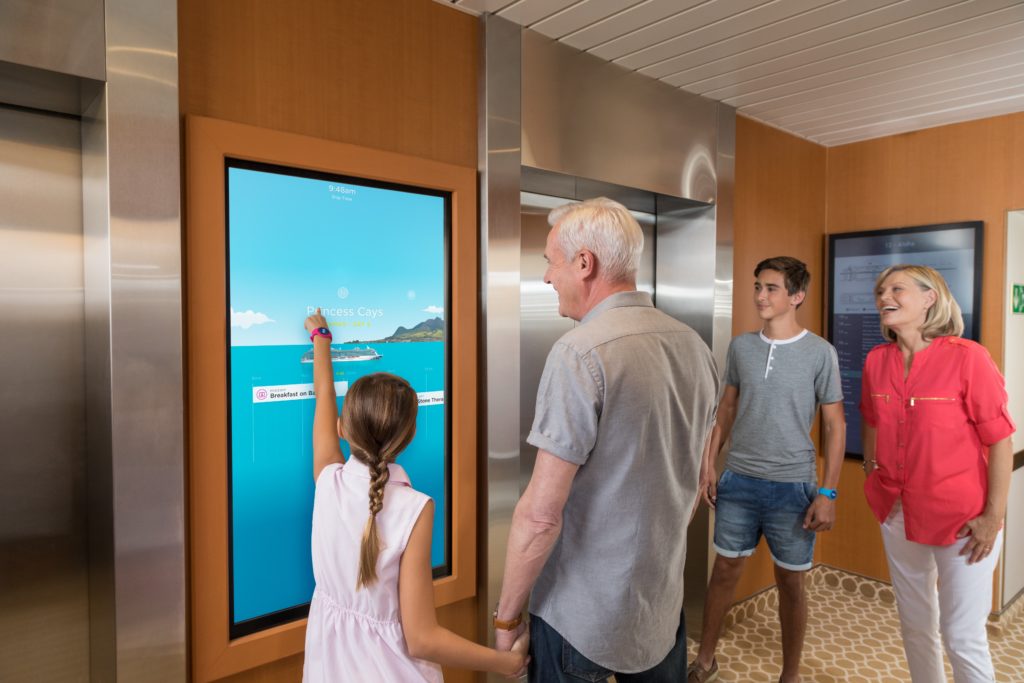 Princess Cruises has announced that three more of its ships – Royal Princess, Crown Princess and Sky Princess – are to be fully Princess Medallion-activated, meaning a total of five ships in the fleet will feature their award-winning technology.

The Medallion is the same size as a 10p piece, is fully-automated and has no visible technology such as an on-off switch or charging function. It is complete with keyless stateroom access, an OceanCompass, which provides interactive directions throughout the ship and allows guests to easily locate friends, family and their children, access real-time itinerary via portals throughout the ship, and interactive games that can be played on portals across the vessel and the top deck.

The three newly-announced ships will join the 3,140-guest Caribbean Princess and 3,560-guest Regal Princess, which are already Medallion-enabled.

The Medallion will be available on the 3,080-guest Crown Princess in July as she sails the British Isles from Southampton and will be followed by the 3,560-guest Royal Princess in April as she departs for her maiden Alaska season.

The 3,660-guest Sky Princess, which joins the fleet in October, will be Medallion-ready when she embarks on her maiden season in the Mediterranean before heading to the Caribbean. This means all of Princess’ Caribbean-based ships will have full Medallion services from this Autumn.

Tony Roberts, vice president Princess Cruises UK and Europe, said: “Having recently travelled on Caribbean Princess I can say first-hand that guests are finding their holidays enhanced with Princess Medallion as a new and memorable experience. This will include everyone who sails with us to the Caribbean this autumn and winter.

A monopoly of the largest Monopoly 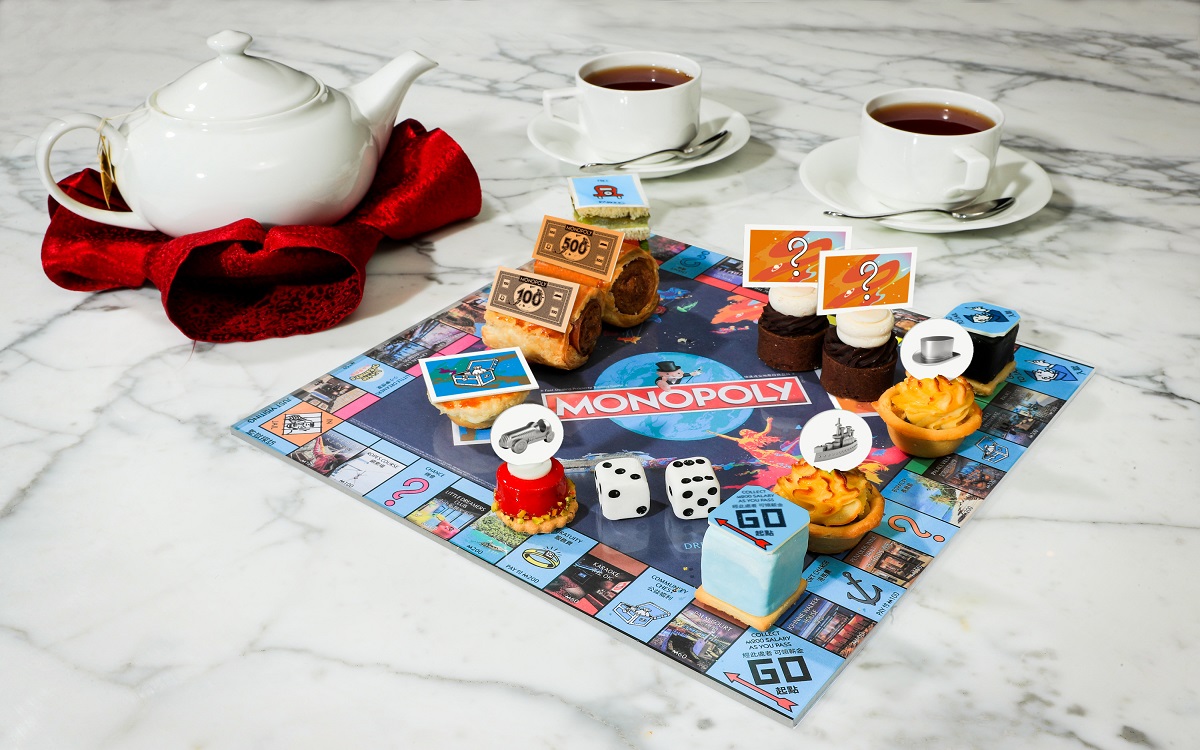 The world’s best-selling board game will now be magnified to its largest ever form on Genting Dream and World Dream, the megaships of Dream Cruises. In addition to family fun and games, it is just in time for a hassle-free celebration of Lunar New Year at sea with festive feasts and parties, educational STEAM workshops for kids and more.

On every sailing during the promotion period from January to March 2019, the popular board game at sea will feature a customised game board with property spaces that are named after signature outlets and amenities aboard the cruise ship, such as Crystal Life Spa, Little Dreamers Club and ESC Experience Lab. In addition to the grand prize, in every game, there are instant prizes such as on-board offers, discounts and special experiences up for grabs in Chance Cards and Community Chest cards. 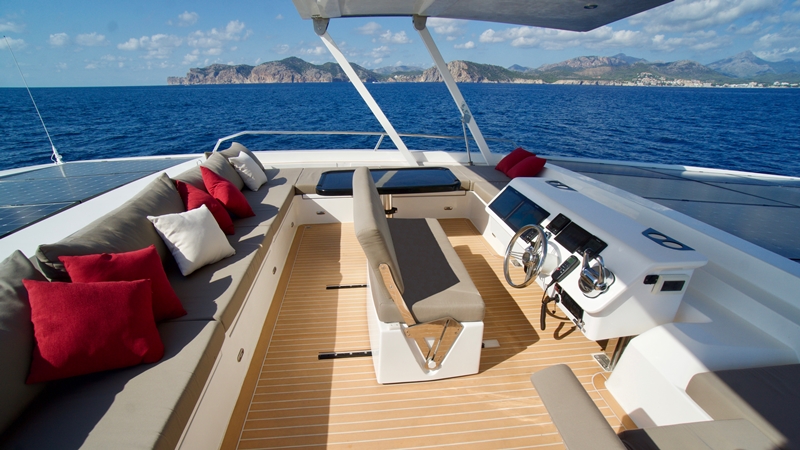 Burma Boating, a sailing firm owned by Myanmar tourism trailblazers Memories Group, has unveiled the latest acquisition to its fleet – the S55, a 16.7-meter solar-powered yacht, which will offer expeditions around the Mergui Archipelago from January 2019.

The S55 catamaran can accommodate up to six guests and three crew members, and is composed of three levels including a flybridge commanding 360-degree views, a 40m² air-conditioned salon, and four cabins – including one 7m-wide suite – each with queen-sized beds and private en-suite bathrooms. Built in 2018, this ultra-modern catamaran becomes the first 100% solar-run boat to sail in Asia, according to her designers, Silent-Yachts. The S55’s 30 mounted solar panels create 10kWp, which allows her to travel an unlimited distance on an average sunny day (though she also maintains a fuel-based back-up engine). Two silent 30kW motors drive the S55 to a maximum speed of 12 knots.

“The benefits of sailing with solar power cannot be overstated,” said Burma Boating’s general manager Eric Poepper. “The S55 will leave a minimal environmental footprint, but offer travellers unprecedented sailing comfort. She sails as silently over the waves as any sailboat, but without depending on the winds. When anchored, even the usual generator noises will vanish and become a memory of the past, letting the passengers focus entirely on the magnificence of the Mergui islands, landscapes and sunsets.”

City bags one too

City Cruises acquires its first dedicated events vessel. The 38-metre vessel has a number of versatile indoor and outdoor spaces including, three alfresco decks, a formal 130-seater dining space with booth and table seating, plus a large inside mid-deck room which increases the inside vessel capacity to 300 guests. The flexibility and technology capabilities of the boat allows event organisers to host corporate product launches, award ceremonies, company gatherings and personal celebrations from weddings to birthday parties.

“A growing demand for private hire”

Kyle Haughton, managing director of City Cruises, commented; “We are thrilled to welcome the Erasmus in to our London fleet today because we have seen a growing demand for private hire amongst the corporate and leisure market. The boat’s flexible space, layout and contemporary interior design made the Erasmus the perfect fit for City Cruises. Existing team members will staff the new boat, but we will be recruiting for additional team members to join our family in the future.”