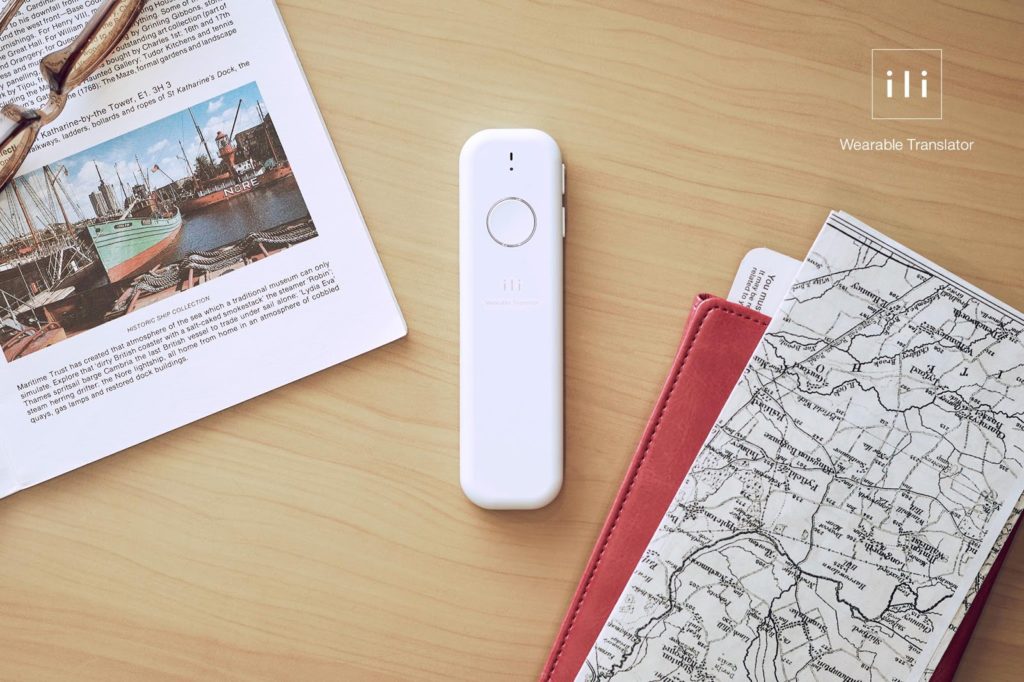 Probably the most daunting challenge when first arriving in a new country is the dealing with barrier between your language and the local lingo. It might be easy enough to coast by on loud staccato English for a day or two but anything beyond that and the novelty of not being understood begins to grate and quickly becomes frustrating. But this could all be about to change with the ili wearable translator, which has now been released to the UK market.

Takuro Yoshida, ili’s founder and CEO, said: “When I moved to the US from Japan my biggest challenge was being understood by the locals, the first thing I tried to do was order a water in a restaurant and even though I could speak English they couldn’t figure out what I was saying. This happened many times and led to a lack of confidence and frustration. That’s where the idea for ili was born.”

The device, believed by Yoshida to be the most efficient offline translator available, contains a powerful CPU and travel software which supports a library of phrases and words. So far, the 42g ili can translate English into three languages, Spanish, Japanese and Mandarin in as little as 0.2 seconds.

Yoshida spent two years perfecting ili, before releasing it in the USA; where it picked up 10,000 orders in just three days, since going on to sell more than 50,000 units globally.

“We are so lucky to live in a time where accessing other countries has never been easier in terms of travel, but that doesn’t mean it’s always easy when we get there. Being able to communicate makes a big difference to your travel experience so we are excited that ili can be a part of that process.”

ili is available for purchase from Smartech at Selfridges, London, now.