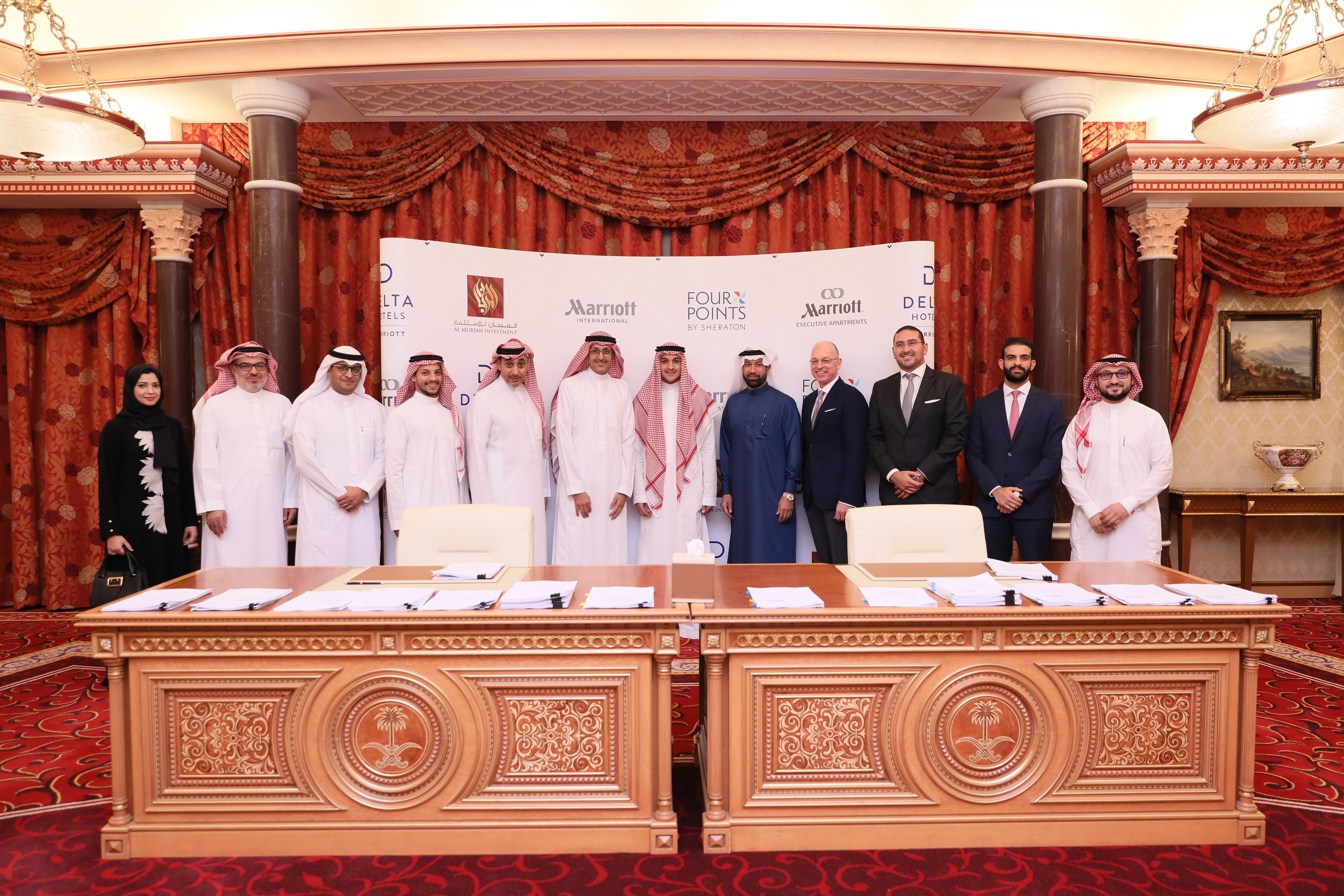 Marriott International has signed three deals with the Al Murjan Group, to further strengthen its portfolio in the Kingdom of Saudi Arabia.

Continuing to boost its expansion in Saudi Arabia, Marriott has signed three deals in Jeddah to introduce the Middle East’s first Delta Hotel by Marriott along with Jeddah’s first Marriott Executive Apartments and Four Points by Sheraton. The signing means an addition of more than 500 rooms in the country and Marriott International’s commitment to the Middle East.

“We are delighted to work with the Al Murjan Group on three exciting new projects in Saudi Arabia. In doing so, we will be expanding our brand portfolio in the region with the debut of Delta Hotels by Marriott while further strengthening the presence of Four Points by Sheraton and Marriott Executive Apartments,” said Alex Kyriakidis, president and managing director, Middle East and Africa, Marriott International.

The first of its kind in the country, Delta Hotels by Marriott Jeddah Al Salam will offer 175 rooms including 25 suites, two dining outlets, recreational facilities and a 3,000sqm grand ballroom with pre-function space including four meeting rooms.

In addition, Four Points by Sheraton Jeddah, Corniche Obhur will include 306 rooms (196 studio rooms and 110 one bedroom suites), two F&B outlets, a fitness centre with an indoor and outdoor swimming pool, plus a boardroom for meeting space. Located on the South Obhur Corniche, the hotel is set to open in 2019.

Kyriakidis added: “We remain committed to supporting the growth of the hospitality sector in the Kingdom with the addition of properties, training programs and jobs with the purpose of enhancing the country’s mission to build a thriving economy.”

“The partnership with Marriott represents an important milestone for us as we are developing three new brands in the city, in line with our commitment to be first-movers,” said Sheikh Sultan Bin Khalid Bin Mahfouz, head of Al Murjan Group.

“The group’s ambition is to develop world-class destinations in the Kingdom. We believe in working with best-in-class partners to achieve this and have partnered with Marriott after a competitive process conducted by JLL, our advisors, who are also assisting us with the project delivery.”

Marriott International has been operating in the Kingdom for over four decades. It’s the company’s second-largest market in the Middle East with 23 hotels in operation and 6,700 rooms across nine cities. As part of the Saudi Vision 2030, Marriott International has ambitious plans of more than doubling its portfolio of properties in the country. And more recently, it has launched its Arabic website to provide a seamless booking experience for Arab travellers.

Hotel of The Year 2021 in Surabaya