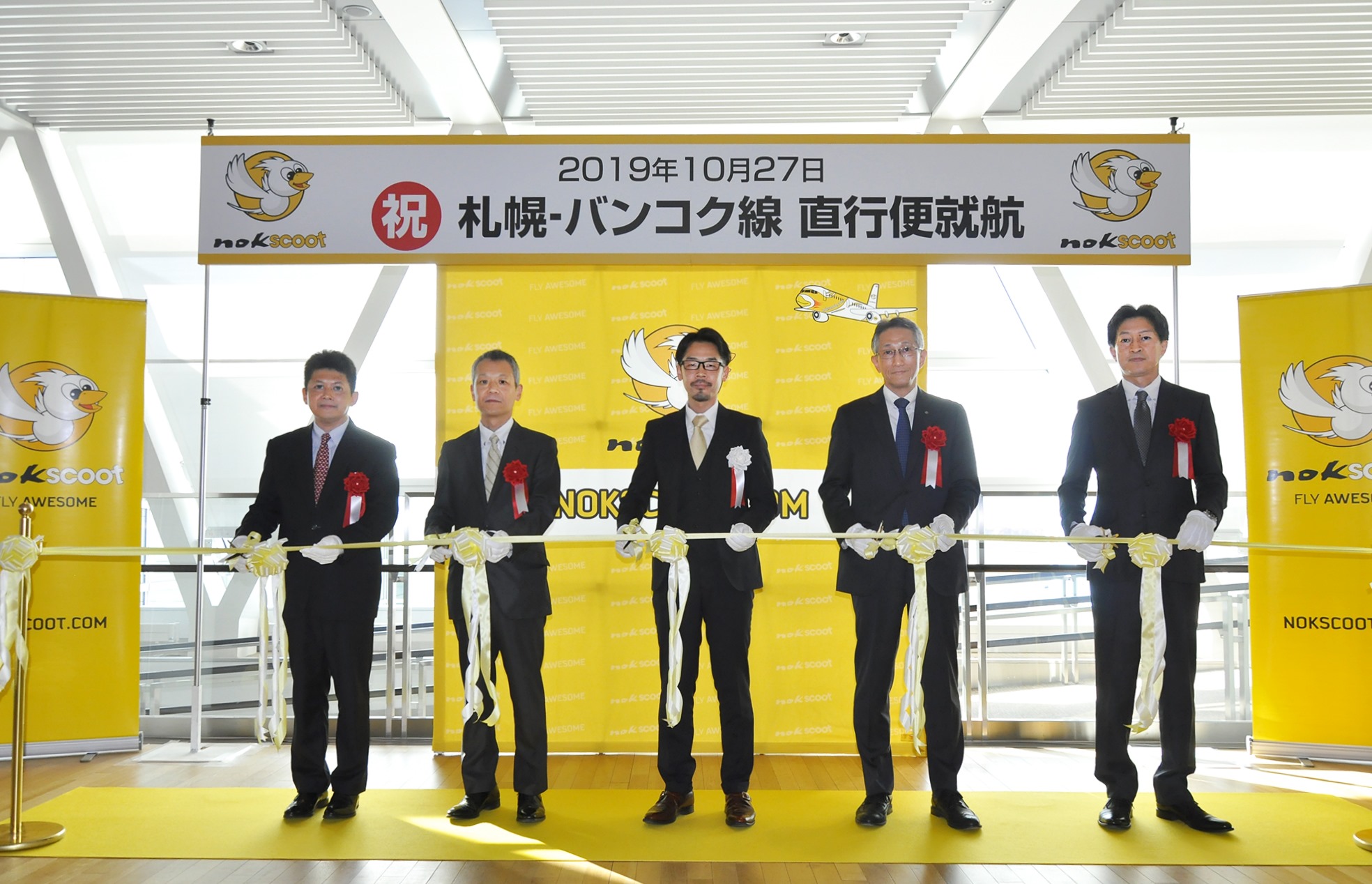 The Bangkok – Chitose service is part of the airline’s pledge to give Thai travellers more travel options to Japan throughout the year. The flight will be operated by Boeing 777-200 wide-body aircraft fitted with 24 ScootPlus (premium economy), and 391 economy class seats.

“We are delighted to continue expanding our network in Japan. Sapporo is one of the top five destinations in Japan with a 15% share of Thai travellers to Japan. The addition of Sapporo as our third destination in Japan is in response to the strong growth in the region,” said Yodchai Sudhidhanakul, chief executive officer of NokScoot Airlines.

Sapporo is situated on Hokkaido island, Japan’s dazzling northern island filled with incredible scenery, appetising food, welcoming people. The city is home to the snow festival, an enchanting winter wonderland with whimsical decorations made from snow.

To celebrate the inaugural flight, NokScoot greeted passengers at the check-in counter with snowflake ornaments, and penguin troops inspired by the Asahiyama Zoo Penguin Parade, as well as in-flight activities such as a lucky draw, and interactive games with cabin crew.