The Nevis catapult in NZ can sling you 62 miles per hour in 1.5 seconds 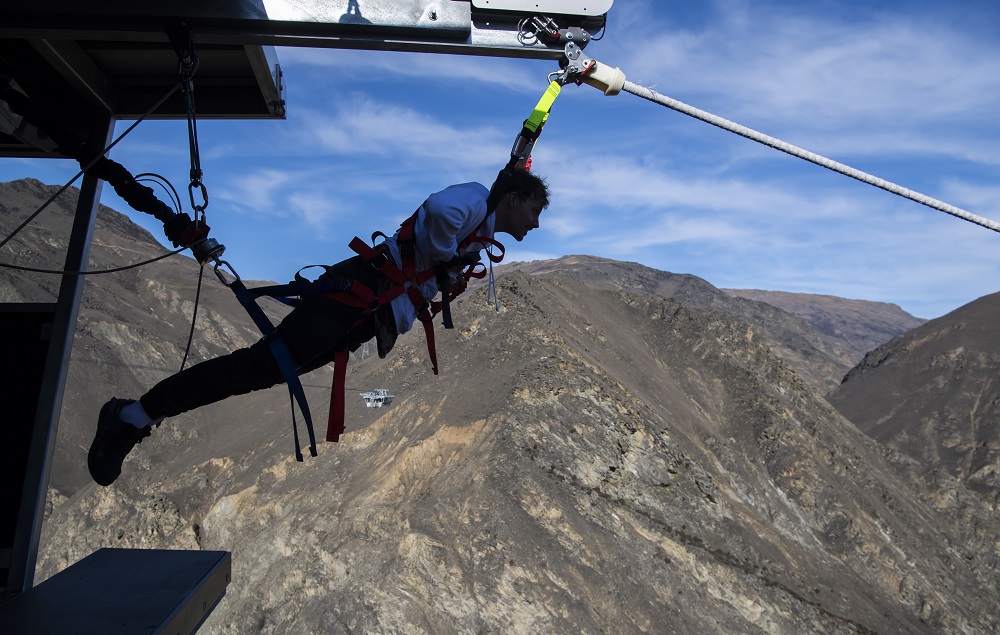 Adrenaline junkies, see if you can handle this one. There’s a new ride in New Zealand that can sling you 150 metres into the air at 62 miles per hour in 1.5 seconds – providing 3G of force. The Nevis Catapult is not for the faint of heart as the “world-first” experience launches you from a ravine, inducing a quick adrenaline rush through a series of jaw-dropping bounces.

The official opening of this experience brings to fruition three decades of planning and development by the AJ Hackett Bungy New Zealand team.

Responsible for the thrill ride is co-founder, Henry van Asch, who commented on the announcement: “It’s hugely exciting to be here today, revealing the Catapult to the world, following years of playing around with the idea. It’s a pretty unique feeling, surprising even. There’s nothing else quite like it.”

With special guests and media watching on, Van Asch officially opened the catapult by being launched himself. The Nevis Catapult is housed in a pod between a series of cables, alongside another kind of thrill attraction, the Nevis Swing. It uses a combination of height, flight, speed, a dash of the fear factor, and a customised high-speed winch system developed over years of the team’s research.

About coming up with the idea, Van Asch said he got it while travelling around France during the 1980s with a friend (and later co-founder, AJ Hackett). He said: “In 1988 we took Bungy to the world, and put New Zealand on the world adventure tourism map. Thirty years on, it’s wonderful to still be pushing the boundaries globally.”

“Something like this could never have been accomplished without a combination of creativity, daring, sheer Kiwi craziness and of course investment in years of design engineering and testing,” said Stephen England-Hall, chief executive, Tourism New Zealand.

Prev Next 1 of 4,538
Subscribe to our newsletter
Sign up here to get the latest news, updates and special offers delivered directly to your inbox.
You can unsubscribe at any time
Close
Sign in