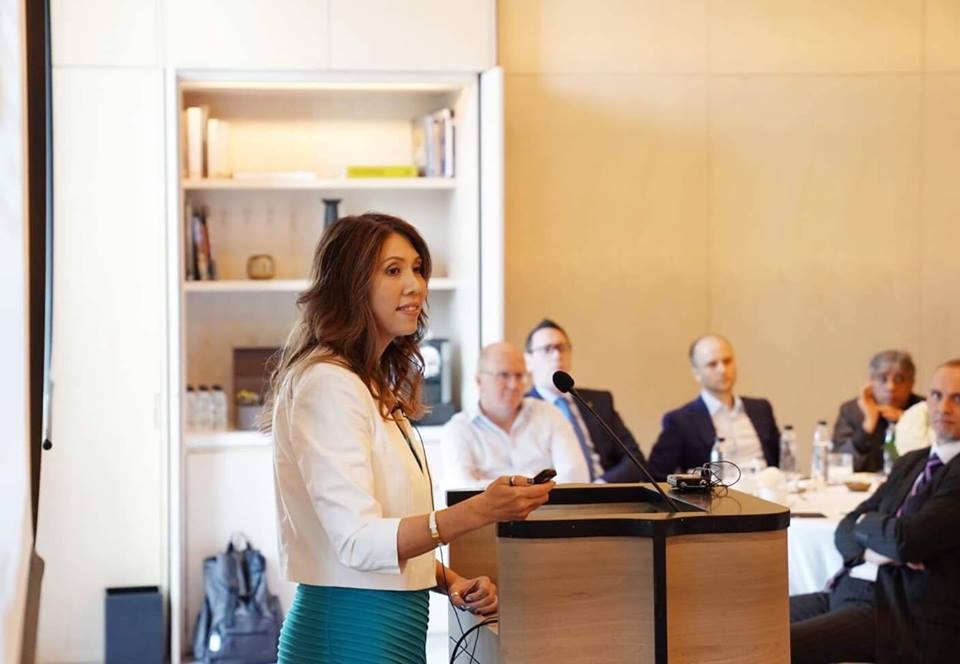 Anita Chan, the CEO of Compass Edge, spoke at the TD GM Executive Summit on Friday and warned attendees that “the China that you understand is not the real China”. I caught up with her to chat about capturing the luxury Chinese travel market for the TD Podcast:

The article below is an abridged transcription of this podcast. Chan speaks:

Compass Edge was founded in 2008, originally to provide online solutions for hotels, including internet booking engines, channel management, and GDS connectivity. With the changing competitive landscape, we noticed that OTAs were taking market share from independent hoteliers so we looked into what we could do to help.

I was a silent investor in the company since 2008 but now I am actively involved with the operations. In 2014, we looked at the environment and we saw booking volumes were going down – especially for independent hotels – so we asked, ‘What is going up? What are the opportunities?’.

The opportunities were Chinese outbound tourism, particularly FIT travel. We noticed hockey stick growth. Because we had partners in China and a team in Hong Kong that could speak fluent Mandarin and English, we understood Chinese culture. We noticed we could transform the company into what hotels need and we came up with Go China, which is a China-ready strategy for hotels.

China is so different and still, not many hoteliers know that. Google, Facebook and Twitter are all blocked – many people know this but they do not understand the extent to which cannot be seen unless they have been to China before.

Many people believe they can copy what they do well in the Western world but that doesn’t work.

Things are changing too quickly; for example, if you talked about KOLs – key opinion leaders – a couple of years ago, people wouldn’t know what you were talking about. But now it’s the number one profession that young Chinese people want.

Similarly, in 2014, we would say that WeChat was still a copycat of WhatsApp. But now WeChat is something completely different; it’s become its own ecosystem. General managers from overseas hotels do not understand the complexity of the China market and that is where we come in; we educate and put them on the right track.

The view that Chinese people visit a destination in a large group and misbehave and don’t buy anything is an outdated stereotype.

The bus tour type of tourism is gone, especially to Thailand. Chinese visitors are more and more willing to travel by themselves. If you target the right people, they are no different from the Europeans.

You will always find hoteliers who are not interested in chasing the Chinese market because they have enough market share already. But, in reply to that, an interesting observation that we made is that the best use of the China market was during the low season. In Phuket, even in low season, when it rains, the Chinese are happy to go there. This low season demand fits perfectly when you need customers.

Even that trend is changing a little bit because the savvy Chinese traveller now does not want to go to places that other Chinese people have been to. They want to show that they have been somewhere exotic and experienced something unique. If a thousand people have been to a destination they think that’s not cool any more – especially for the young generation and luxury travellers. They want to find a new Island that nobody’s been to.

The Chinese market has matured really quickly, moving from the tour guide model (as we say in Europe in the 70s) through to finding an exotic place for yourself. This is largely because of technology; before, language may have been a barrier. Now with a translation app on your smartphone in hand, you can go anywhere without a problem.

Digital and the power of social

Everyone has to unlearn what they know, even if they are a very savvy GM or digital marketing executive. They should have an open mind about the China market. In the Western world, one of the most important marketing goals is your position myself in a search engine, because the first step in digital marketing is Google Search.

“Hoteliers would ask, ‘How are you going to do SEO for me?’ – but in China the planning stage starts with social media”

Hoteliers would ask ‘How are you going to do SEO for me?’ – but in China, the planning stage starts with social media. Furthermore, now social media is converging with e-commerce; the technologies cannot be separated because a social media platform like WeChat or Weibo is evolving into e-commerce. 91% of Chinese will shop on a household brand OTA such as Ctrip – that’s the highest in the world.

We have also heard about O2O marketing – online 2 offline. You may see Ctrip as an online company but they have a lot of offline offices. Everything is so integrated and all of their units are one piece of a bigger puzzle that you that you have to put together or you won’t have a presence in China. There is no need to be an ‘online company’ or an ‘offline company’ and I think that comes from the Chinese culture. Trust is a big issue: Chinese people do not trust just anything you tell them.

Even if you are a very honest person, Chinese people do not trust you and they have their own system to value you: social media: They talk to each other and they read reviews and they ask a lot of questions. If you post a picture on social media they will ask is that really your hotel? Are you really that close to the beach?

That’s one of the reasons online and offline are so well integrated: Chinese people have to talk to you they have to see you as a person, so they know you are real and trustworthy.

Most of the hotels, especially independent hotels, do not even have a basic online presence in China. They think they are there – but nobody can see them.

Language is one thing, but so is the Great Firewall of China. If you are not locally hosted in China, the website speed will be very slow. If you do not pass the censorship, the speed again will be very slow. Most western websites are built upon Google guidelines to maximise the search result. It’s not just Google that is blocked in China, some of Google’s tools are, too.

Just translating the website is definitely not enough to have even a basic presence. Your website comes at a later stage; social media comes first. How are you presenting yourself in Weibo and WeChat? What are people saying about you? These things need to be managed before you think about your website.

“Marketers… spend 50 to 80% more than on Western online marketing”

It’s more competitive and a very crowded space. A lot of companies are willing to invest huge cash in order to have a presence. If you ask any agency doing international digital marketing, they will say that the China market is the most expensive. Benchmark surveys suggest that they spend 50 to 80% more than Western online marketing.

One of the key focuses is influencer marketing. A KOL can cost you as much as USD 150,000 per post and it’s common to have a KOL charging USD 50,000 per post – and that’s why everybody wants to be a KOL! For example, Volkswagen ran a campaign with a KOL on WeChat and sold 10 cars in 15 minutes. That’s the power of KOLs: people trust her so when she endorsed the product, people bought it.

“In China, nothing is cheap”

Hoteliers always tell me everything is made in China so everything is cheap – that’s a misconception. There are 1.3 billion Chinese so if it costs you just 1 cent to market to each of them, you’ll be broke by the end of the day! So where should you focus?

How a traveller picks your hotel and not the hotel next door is through information – and social media – but if you want a booking you need to work with the OTAs. I think exposure is key: different OTAs target different tiers of the market. Some are stronger in the primary cities, some are stronger in the secondary cities. Some are targeting older people, or younger people. 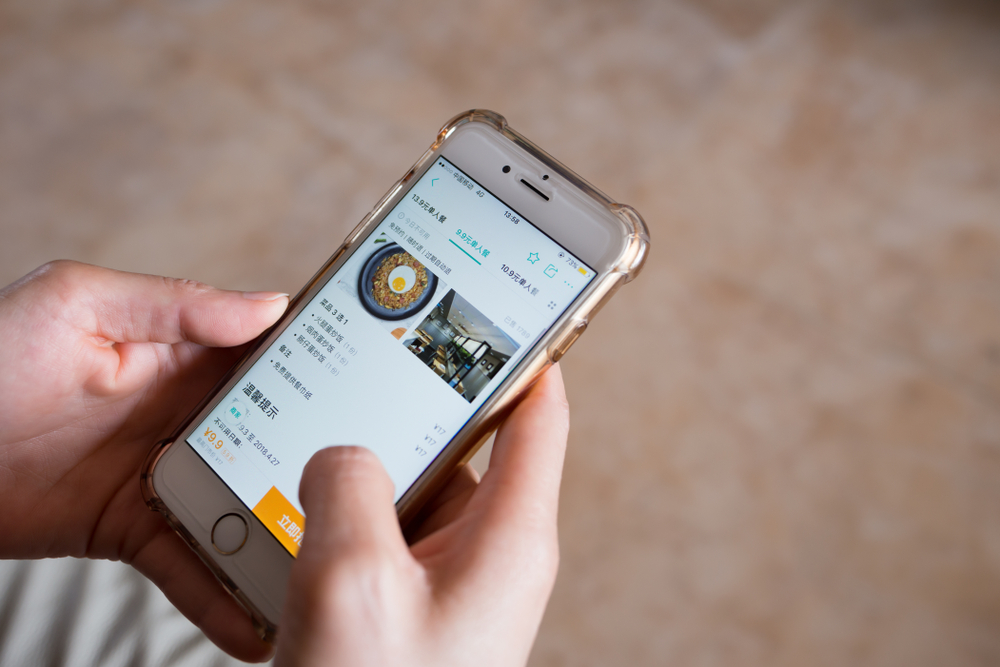 Meituan was a Groupon-type company three or four years ago but they transformed and purchased Dianping, a restaurant review site. They are covering the major third or fourth tier cities and actually topped Ctrip in terms of hotel bookings in March 2018.

We all think that Ctrip is so dominant but there is now a company that is supposed to be selling restaurant coupons that is now the top company for hotel bookings.

Anything is possible and things change so quickly. No one can claim to be a China expert, because no-one can know enough; it’s a complicated market. I want hotels to have an open mind and I want them to know if they think they really understand China, think twice!

When will we see Chinese outbound tourists again?

Is the world ready for Chinese tourists anytime soon?