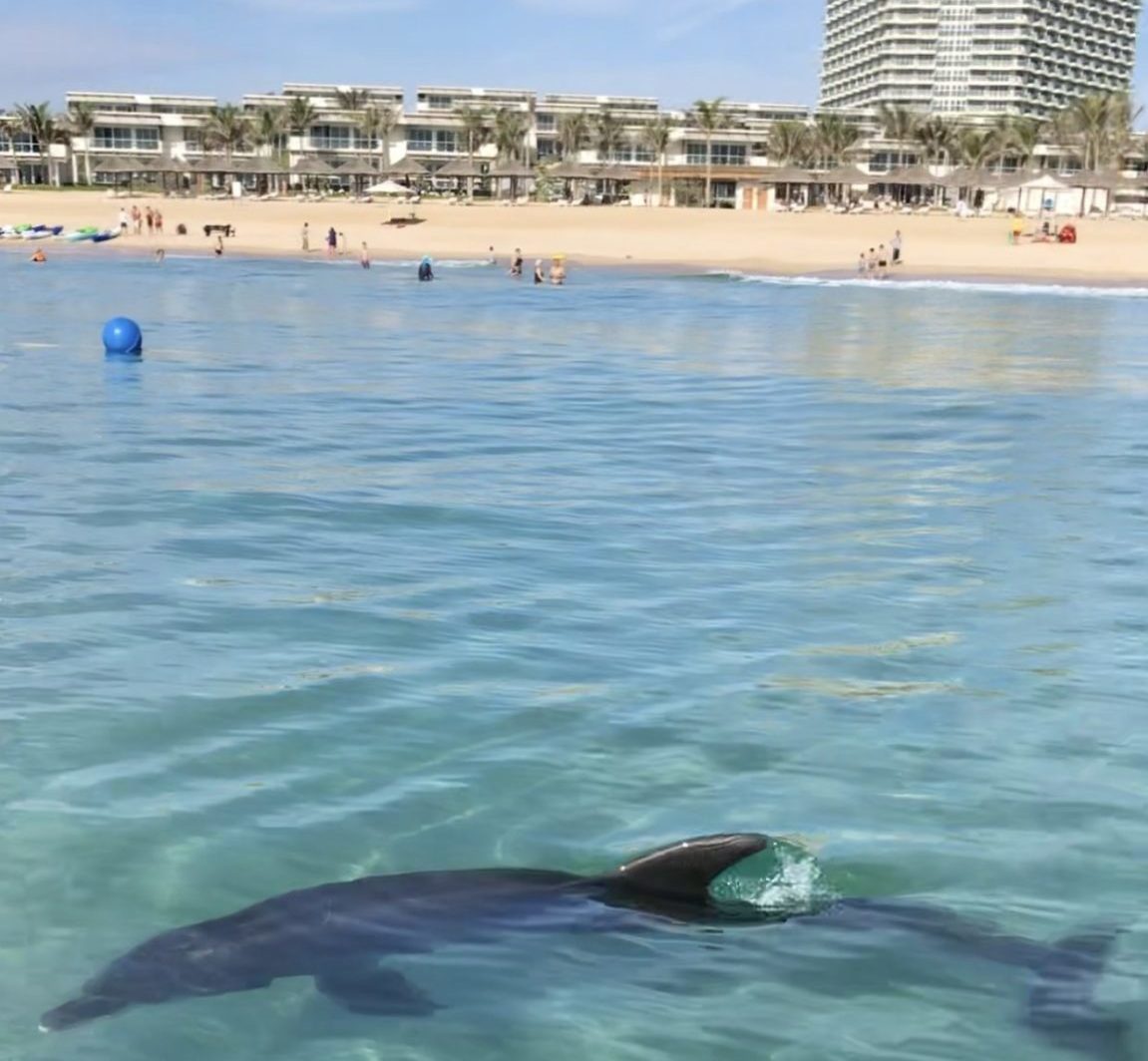 A large dolphin paid a rare visit to the shallow waters right off new family resort Alma Resort on Vietnam’s Cam Ranh peninsula. Alma lifeguard Nguyen Ngoc Tan, who took video footage of the dolphin this week said the mammal seemed ‘fearless yet friendly’ as he and his fellow lifeguards Nguyen Trung Phi and Vo Thanh Nhon approached it via jet ski.

“Our guests thought it was a shark when they saw its fin and scrambled to get out of the water,” Tan said. “When we confirmed it was a dolphin, they relaxed and remarked that they felt so lucky to chance this moment; it’s not every day you get to swim near a dolphin in crystal clear conditions.”

Estimating it to be 3.5 metres long, Tan and his colleagues said the mammal appeared weak and may have been slightly injured before coming closer to the shoreline. It later swam back to deeper seas. The lifeguards have spoken with various wildlife conservation and research groups, including the Centre for Biodiversity Conservation and Endangered Species, to inform them about the sighting.

“Schools of dolphins were recently sighted a little bit further out in nearby Nha Trang’s seas but we’ve never seen a dolphin this close to the shore before,” Alma’s general manager Herbert Laubichler-Pichler said. “The dolphins may be attracted to calmer waters as a result of less tourism activity in the wake of COVID-19.”