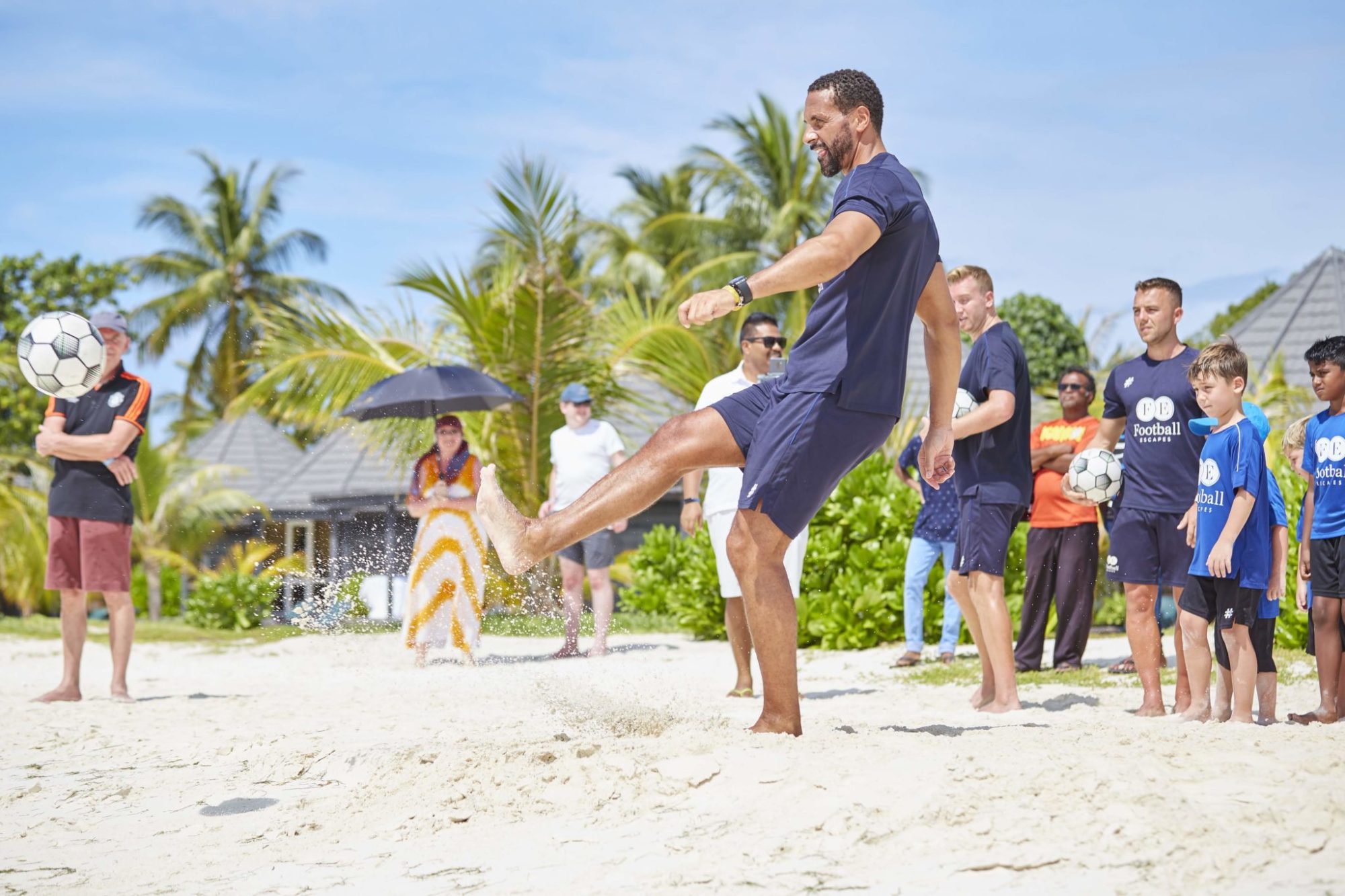 Football Escapes, the company co-founded by footballers Rio Ferdinand, Bobby Zamora and premiership football coach Sam Hubert, has launched its first ever staycation offering. The three-night family retreat will take place from 23-25 August at The Grove in Hertfordshire, with a world-class coaching team led by Anton Ferdinand, and two additional players.

Former England and West Ham defender Ferdinand is the first of three star coaches announced to host a series of training sessions. The sessions will be supported by Football Escapes’ team of UEFA-licensed coaches, all of whom come from renowned English Premier League clubs.

Children of all abilities aged between 5-15 will have the opportunity to brush up on their ball skills and train alongside their football heroes with six hours of coaching spread across three days. Parents can cheer on their soccer stars-in-training from the side-lines, with plenty of opportunities to mingle with the coaching team during meet and greet sessions.

All Football Escapes courses are led by an ex-Premier League player and each child that enrols on the course will be provided with a full kit including; a shirt, shorts and socks, as well as a signed certificate and medal on completion of the course. The Grove is a family staycation haven, with plenty to keep the whole family entertained off-pitch, too. The five-star hotel boasts an award-winning spa, a championship golf course and secluded walled garden, complete with beach and outdoor pool.