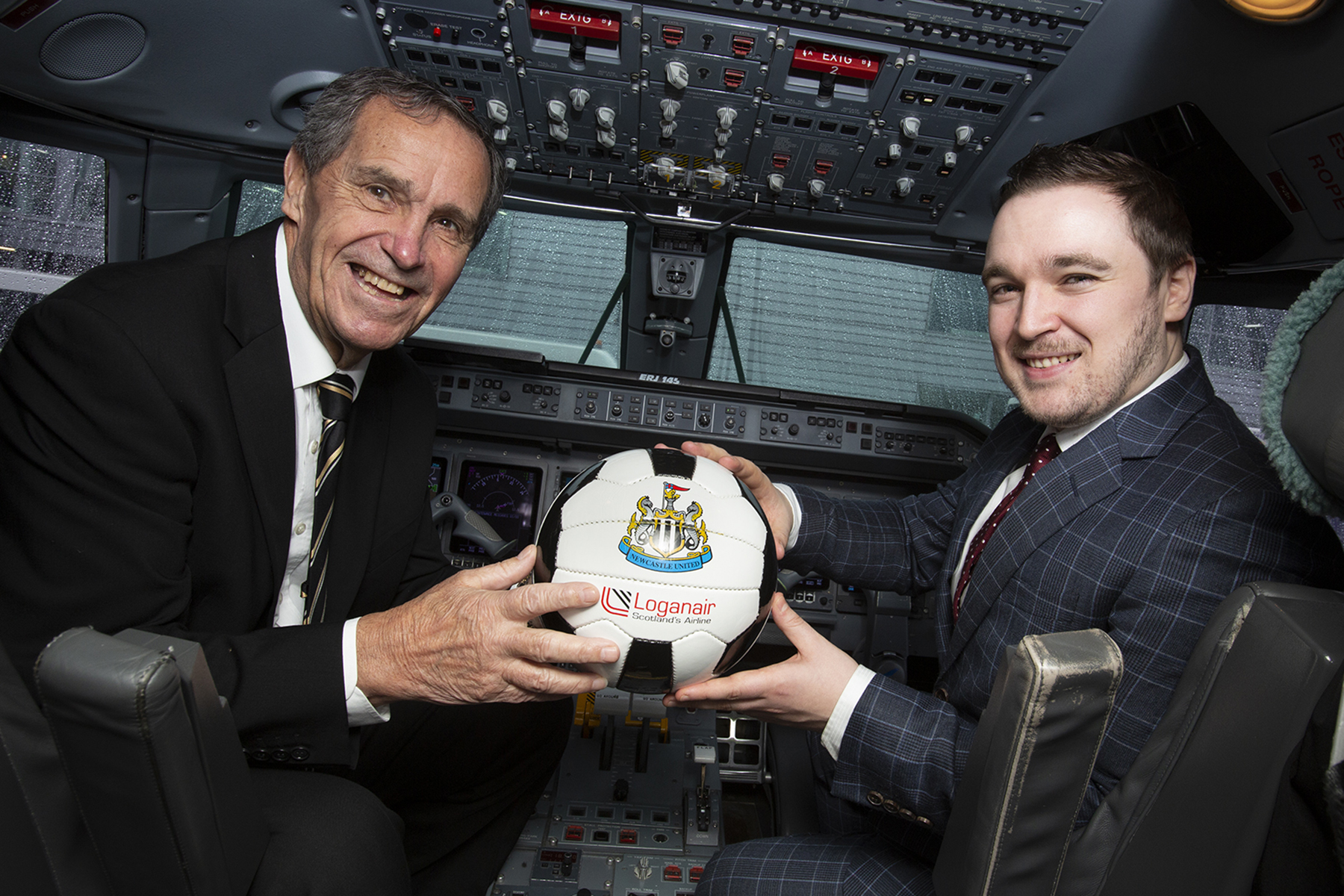 Regional airline Loganair continued its expansion in the North East of England by announcing a partnership with English Premier League club Newcastle United.

Former Newcastle United captain, Scotland international and current club ambassador Bobby Moncur kicked off the deal at Newcastle International Airport by presenting the team from the airline with a co-branded football and signed shirt from the North East club.

The carrier will now begin advertising at live televised Premier League games for the first time, starting on 18 January when the Toon Army cheer on their team against Chelsea at St James’ Park. It will also be introducing larger aircraft on its popular Newcastle-Aberdeen route to increase seat capacity by 21%. To further celebrate the tie-up, it has also announced that customers booking flights from Newcastle until 29 February, will be entered into a competition to win one of four signed Newcastle United home shirts.

Kay Ryan, chief commercial officer at Loganair said: “We have announced our partnership with Newcastle United. Travellers from the North East can now fly from Newcastle to Norway as well as other destinations in Belgium, Cornwall and the Channel Islands.”