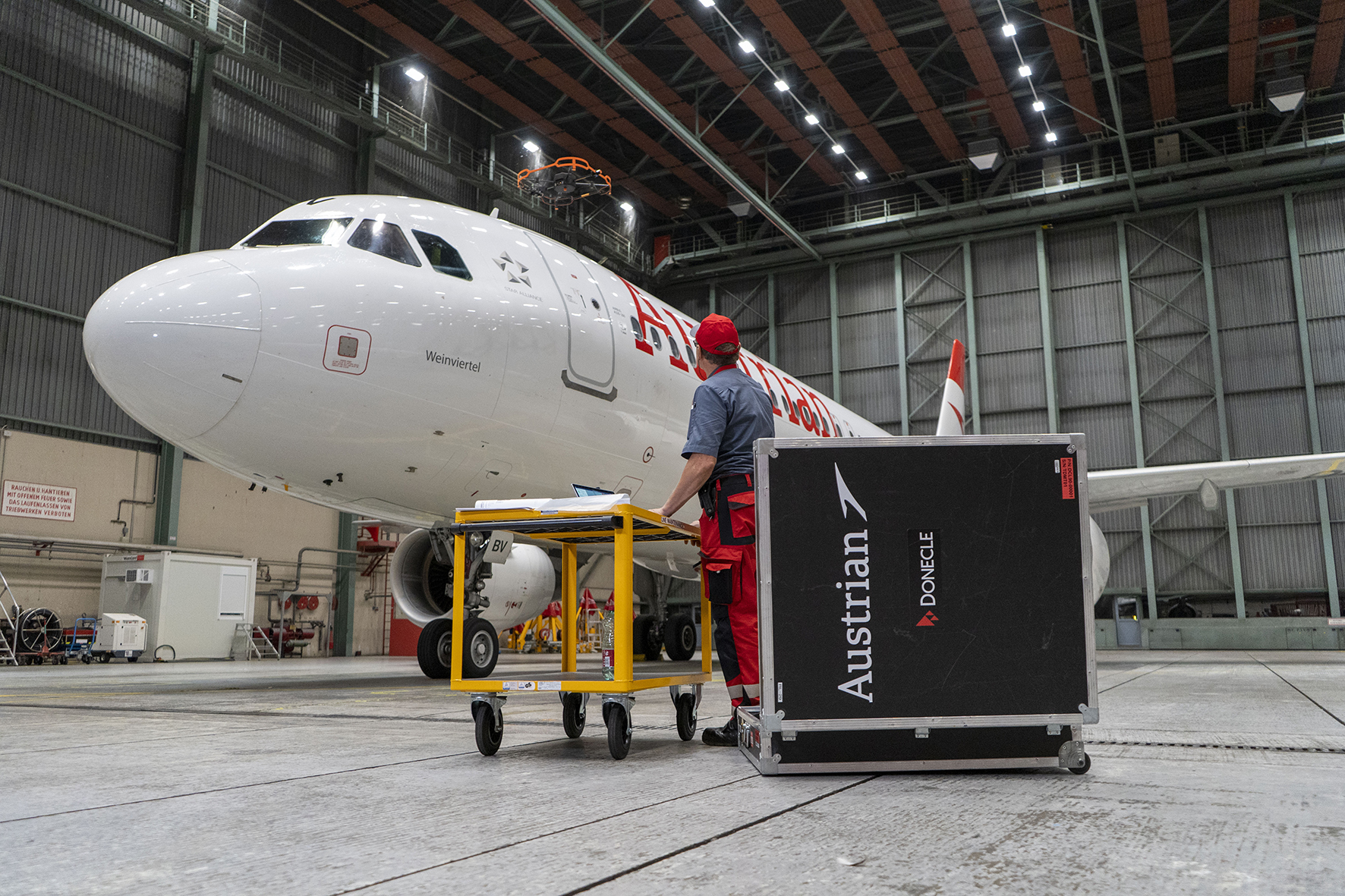 Since the middle of the year, Austrian Airlines has been testing a completely new technology for the purpose of carrying out technical inspections of its aircraft fleet. The aircraft are checked for paintwork or structural damage by means of autonomous drones developed by the French start-up Donecle. This innovation not only reduces the workload for technicians of Austria’s national carrier but the shorter duration of the checks lasting less than two hours instead of the previous time required of four to ten hours enables quicker availability of the aircraft in daily flight operations.

“Our aspiration at Austrian Technik is to stay up-to-date when it comes to new developments. Innovative systems such as these drones perfectly support us to further enhance our stability in flight operations and avoid flight cancellations,” said Michael Kaye, vice president of technical operations at Austrian Airlines.

The fully autonomous drone will be tested until the end of the year. Under the supervision of an aircraft technician, the drone implements inspections on the exterior of the aircraft in the airline hangar by means of a state-of-the-art, patented laser technology. The system flies autonomously, from takeoff to landing to inspect all areas of the aircraft.

At present the drone inspections are being carried out on the Airbus fleet of the carrier, which will grow from 36 to 46 aircraft in the coming years. Austria’s red-white-red flag airline plans to expand autonomous aircraft inspections to other aircraft models in the future.

Starting in September, the 17 Embraer planes deployed by Austrian Airlines will also be checked by the new technology.

Austrian Airlines took off for the first time to Tromsø