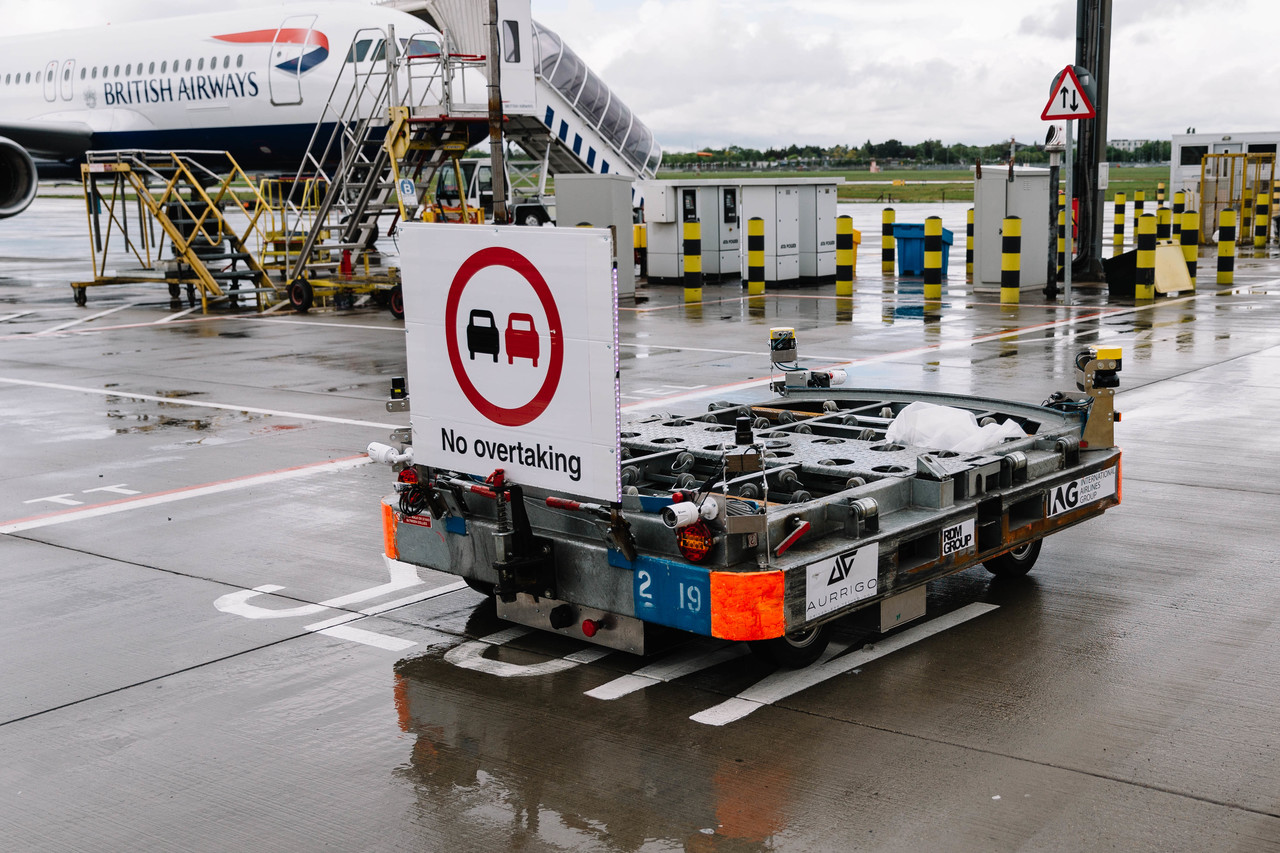 As part of its ongoing GBP 6.5bn investment for customers, British Airways is trialling autonomous, emissions-free baggage vehicles at its home at Heathrow, to help the airline further improve punctuality and depart every flight on time.

British Airways currently operates up to 800 flights a day to and from Heathrow, transporting around 75,000 bags back and forth between its baggage halls and aircraft.

Now, in what is believed to be a world-first, the airline, in conjunction with Heathrow Airport and autonomous vehicle specialist, Aurrigo, is trialling driverless baggage vehicles, which are known as dollies.

Carrying up to 40 bags in one journey, the driverless dollies use the latest navigating technology to memorise the airfield to determine the shortest route to transport luggage. Unlike the current vehicles, the new autonomous dollies will depart for the aircraft as soon as each one is full, speeding up the aircraft loading process. In addition to improving operational efficiency, the trial also forms part of the airline’s wider environmental commitment to run an emissions-free airside operation.

British Airways’ director of airports, Raghbir Pattar, said: “We are always looking at ways to improve efficiency and modernise our operation to ensure that we are delivering bags to and from our aircraft on time and without delay.”

David Keene, chief executive officer of Aurrigo, added: “This is another fantastic example of British innovation and engineering. Our driverless pods are now in operation all around the world and the work with IAG, BA and Heathrow Airport shows how similar technology can be used in a completely different industry to deliver significant results.

Chris Garton, chief operating officer at Heathrow Airport said: “We’re delighted to trial new technologies that will make our airport more efficient, safe and sustainable. Significant progress is being made with driverless vehicles and these trials will help us to provide the infrastructure necessary to be at the forefront of this technology.”

If successful, the dollies could transport customers’ baggage to and from the aircraft by 2021.