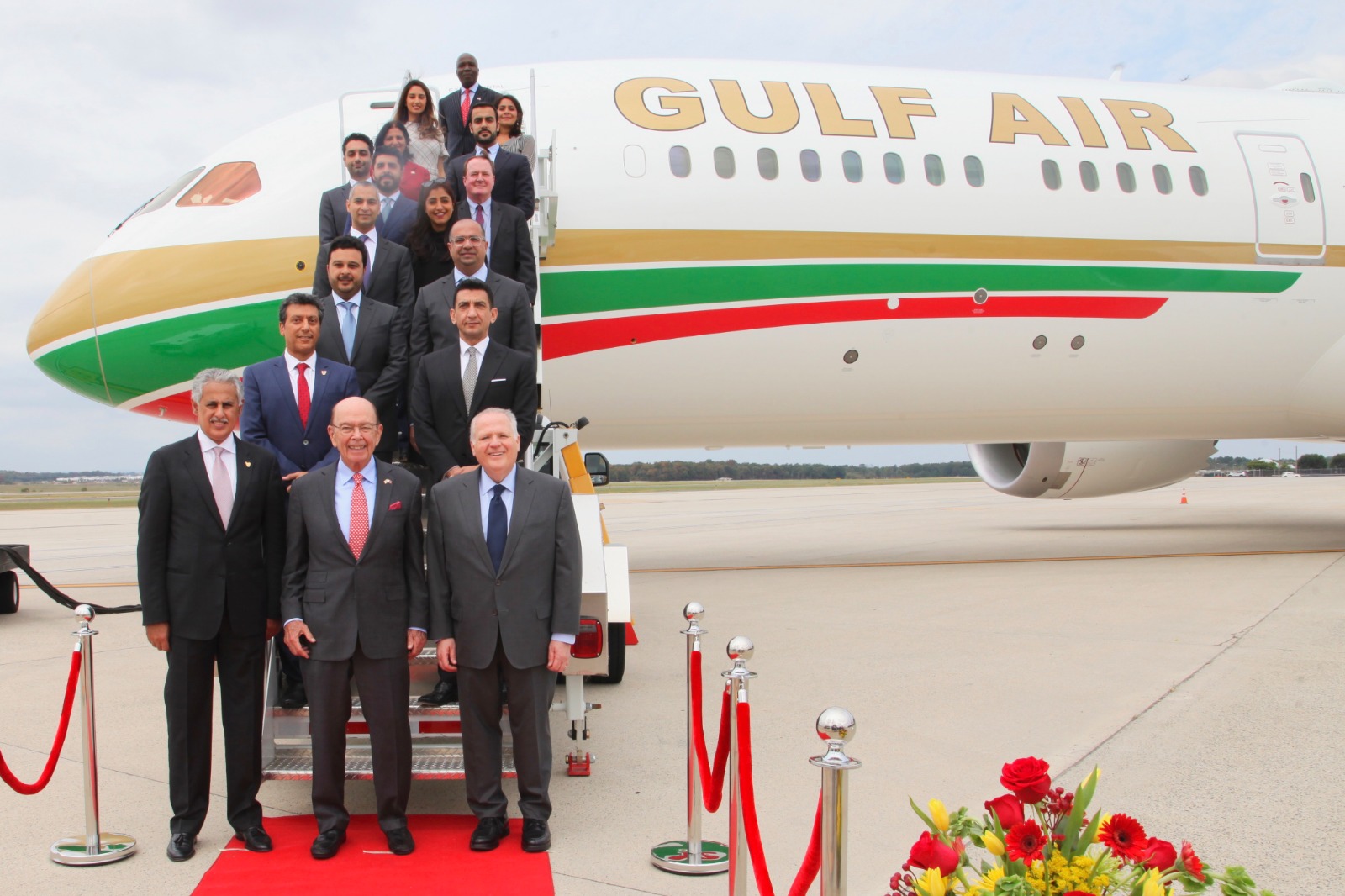 On the sidelines of Prince Salman bin Hamad Al Khalifa and deputy supreme commander and first deputy Prime Minister’s official visit to the US, Gulf Air, the national carrier of Bahrain, received its seventh Boeing 787-9 Dreamliner at Dulles International Airport in Washington DC.

The event took place ahead of Gulf Air’s 70th anniversary, where attendees toured the aircraft, which displayed a redesigned vintage version of the Golden Falcon Lockheed TriStar livery, representing the company’s iconic design from the 1970s.

Zayed R. Alzayani, minister of industry, commerce and tourism of Bahrain said: “This special livery would definitely resonate nostalgically with our global audience. Its revival is a homage to our resilient national carrier as it celebrates being one of the first established carriers in the Middle East and how it continues to connect Bahrain to the world.”

The new Dreamliner will join the fleet by the end of October, increasing the total number of Dreamliners operated by the airline to seven aircraft following the delivery of three more by 2021.

In 2018, Gulf Air launched its new brand identity at the Formula 1 Gulf Air Bahrain Grand Prix and introduced its first Boeing 787-9 Dreamliner along with a series of new destinations. The airline also launched a new boutique strategy in early 2019. As Gulf Air moves forward with its strategy, the airline pays tribute to the past with a revamped livery signalling a new era.

Gulf Air will celebrate its 70th anniversary in 2020 with a series of events and promotions.