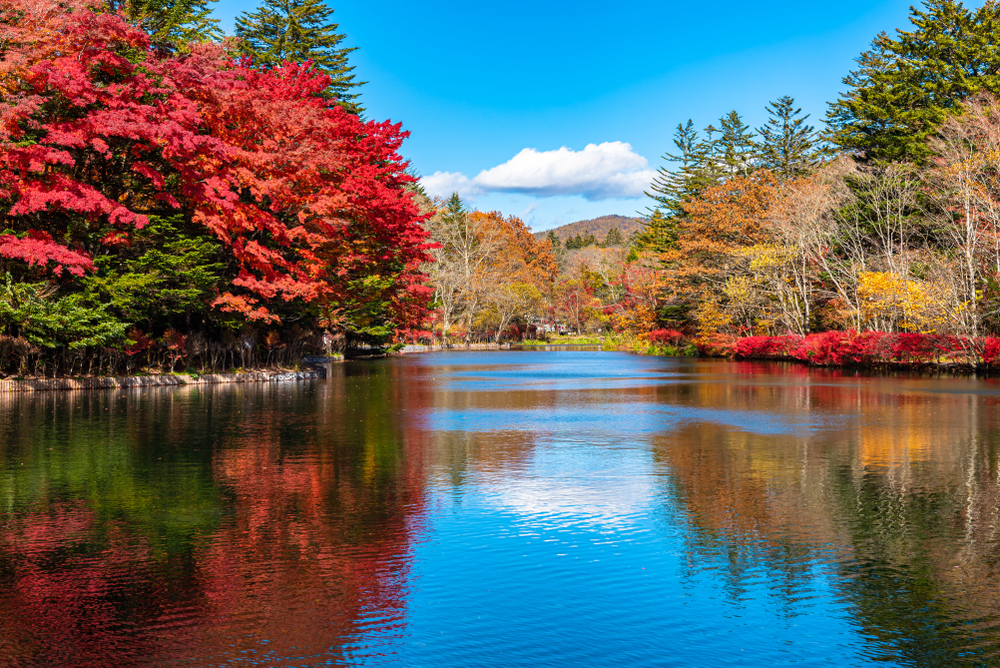 If Ginza in Tokyo is like New York’s 5th Avenue, Karuizawa is the Hamptons where the rich and famous head for the summer. This is where The Beatles’ John Lennon spent the last four summers of his amazing yet controversial life.

Karuizawa rose to fame after Canadian missionary Alexander Croft Shaw built the first summer residence in the province in the 1880s. Since then, Karuizawa has been known for its affluent villas or second homes of the moneyed. Apparently, this is the reason why John Lennon ended up in Karuizawa as Yoko Ono’s family was well-off and maintained a summer home in Karuizawa. In this countryside, the couple soaked in nature and grew fond of the quaint neighbourhood full of inspiration for their art. It was believed that the couple spent their summers here during Lennon’s hiatus from the music industry.

Following the footsteps of the legendary frontman of one of the greatest bands in the world, I learned that John and Yoko often stayed in Mampei Hotel, specifically in Room 128. Its rustic charm and old-fashioned rooms appealed to the couple. The hotel boasts its Royal Milk Tea – which is the singer’s favourite afternoon drink. 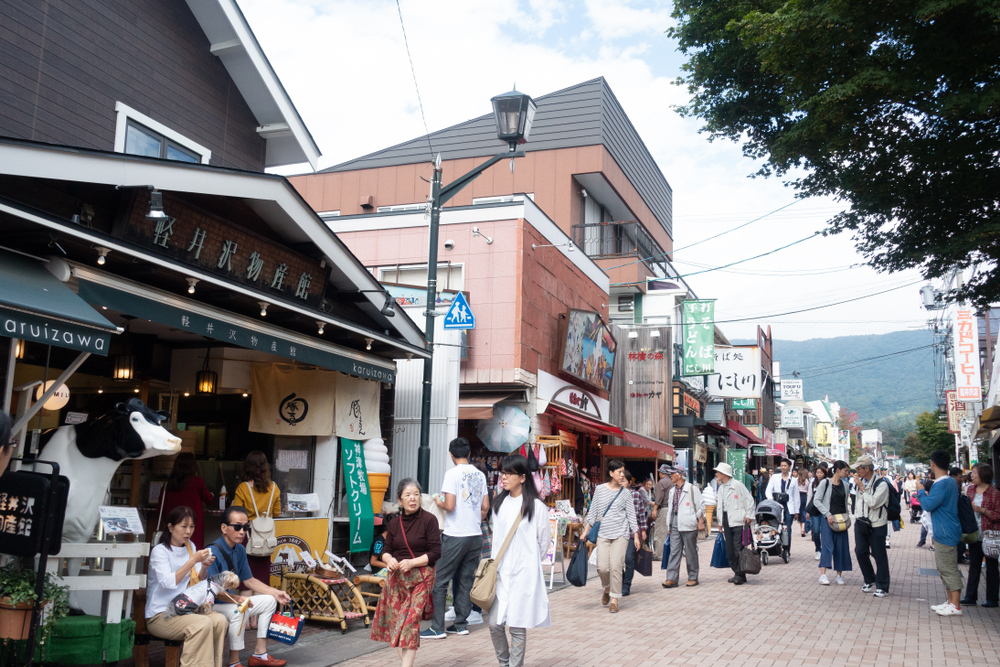 Not far from the hotel is the town’s main shopping street called Kyu-Karuizawa Ginza, filled with many charming cafes and novelty items shop. A bakeshop named French Bakery hangs a photo of John inside and brags that it is the singer’s favourite hangout. 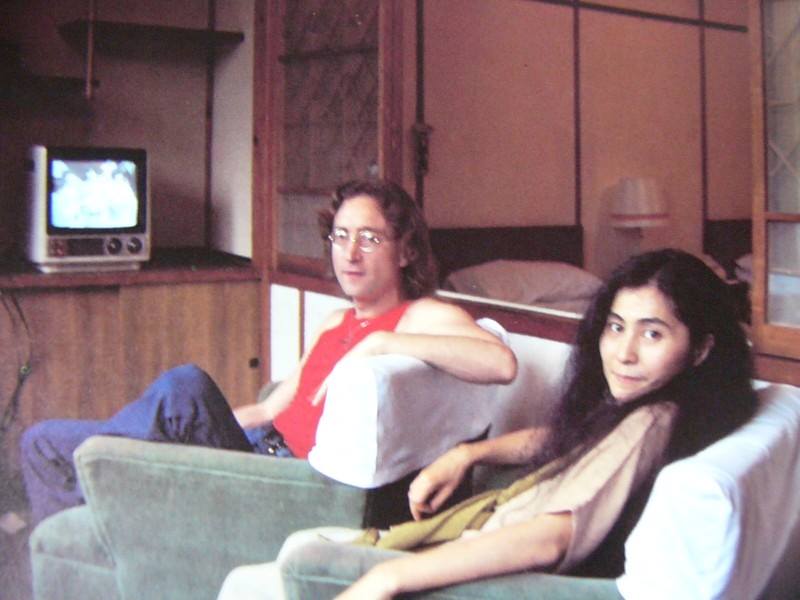 It is not only John and Yoko who fell in love with Karuizawa, Japan’s imperial family often spend their summers in Karuizawa where they enjoy their summer vacation playing tennis. Many Japanese politicians and wealthy expats also reside in the province, which is also a popular place for retirement. Two of the tour guides that I have met here moved from Tokyo to Karuizawa after they retired. They said that the slower pace in Karuizawa compared to the busyness of Tokyo motivated them to move.

It is not hard to see why Karuizawa is the perfect getaway from Tokyo’s urban jungle. It is just an hour and 10 minutes away from Tokyo Station aboard the new Hokuriku Shinkansen bullet train. 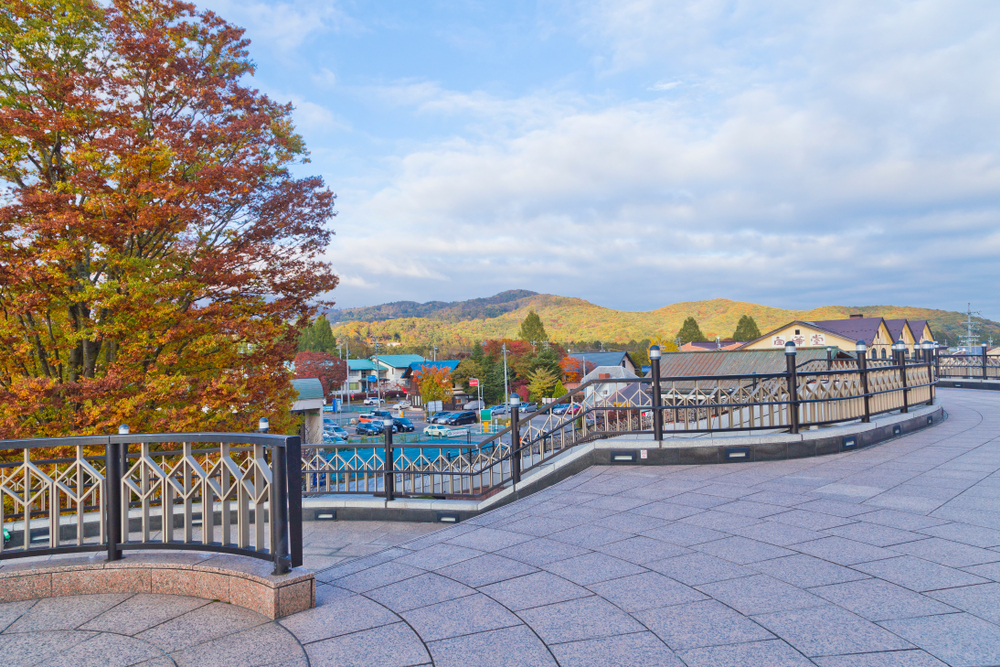 At the height of more than 1,000 meters above sea level, Karuizawa’s average temperature in the summer is 21°C. I went to Japan at the peak of summer and I know how unforgiving it can be. This also means that the place is blanketed with snow in the winter.

A place for all seasons

A town of about 20,000 residents, nature abounds in Karuizawa with its scenic mountain views peppered with vintage summer homes in various architectural types. Furthermore, the province is surrounded by nature parks, hiking trails, and lush forests that shine throughout the year.

Less than an hour away from Karuizawa Station is Onioshidashi Park, a wide landscape of volcanic rocks spewed by Asama-yama or Mt. Asama less than 300 years ago. The huge, black rocks give it a unique and rugged appearance. Located at the centre of the park stand a temple dedicated to the Buddhist Goddess of Mercy Kannon.

Lastly, passing the Kyu-Karuizawa Ginza is the Usui Pass Trail that serves as the border between Gunma and Nagano Prefectures. Beautiful views over the mountains of Gunma Prefecture on one side and Mount Asama on the other side can be enjoyed from this observation platform.

The nearby Kumano Kotai Shrine also sits on the border of the two prefectures. There are three halls at the shrine: one that sits in the border, one on Gunma’s side, and one on Nagano’s side.

With all its greenery and rustic charm, no wonder John Lennon always go back to Karuizawa.