“I wanted to create the Airbnb of tourism”

We talk to Maxime Besnier, founder of Very Local Trip

By Alastair Newport On May 30, 2018
Guest Contributor 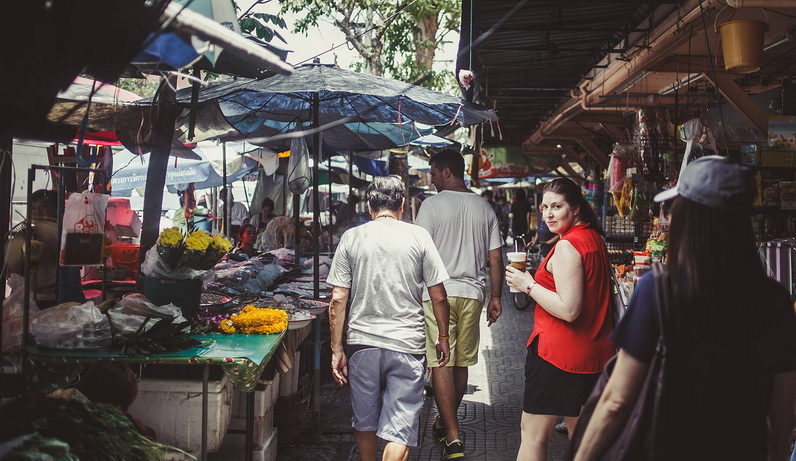 Arriving in a new city, in a country you have never been to before, can be an overwhelming experience. You may have all the right plans to discover ‘the real’ Bangkok, for example, but once on the ground, uncovering the spots beyond the tourist traps can be extremely difficult.

If you are smart, you sign up for a tour that goes beyond the more obvious landmarks and circumvents the restaurants with their special tourist prices. However, if you are really smart, you can you sign up with Very Local Trip.

Specialising in expertly curated, customised and flexible local experiences, Very Local Trip puts the travellers at the centre of the action, exactly where they should be – a concept described by founder Maxime Besnier as the Airbnb of tourism.

I spoke to Besnier, a French expat based in Bangkok, to find out more about the concept, how it developed and what he wants from a local friend.

How does Very Local Trip differ from standard guided tours?

95% of our audience is B2B. The clients explain their interests to the travel designer in the agency – ‘we like shopping, art galleries’ – so we know the client’s profile as it has been sent by our B2B partners.

Travellers don’t often tell us anything about the kind of day they have in mind, so, when the ‘local friend’ meets the traveller in the lobby of the hotel for the first time they have a five or ten minute chat where the local friend will ask “How are you feeling?”, “Are you jetlagged?” that kind of thing.

The local friend will, of course, have an idea sketched out for the day according to the location and length of the tour but they are also able to then take the feelings of the traveller, on the day into account and incorporate that into the trip. For example, maybe they need to mend a broken heel on a shoe before they start and the local friend can incorporate that into the trip. It’s a completely flexible programme built around the needs of the traveller.

Usually, the traveller needs to adapt the tour: ‘It starts at this time, and we will visit this number of places over this period of time’. Very Local Trip adapts to the traveller – if they don’t have any expectations, it’s a case of ‘follow me, I will show you’.

Where did the idea come from?

I didn’t start out in the travel industry. I have a master’s degree in genetics – for another person in another life maybe. I used to work for pharmaceutical companies in France and did a lot of travelling.

Then in 2014, as an expat living in Thailand, people, friends and friends of friends kept saying to me, “Hey Max, I am coming to Bangkok. It’s is my first time; what do you recommend as a place to visit off the beaten track for local markets and street food?”

I am city explorer and I know my many spots which I have discovered. I also know many people who are knowledgeable about the city, are friendly and passionate and have time – so why not connect these two groups of people, the traveller and the local.

At the end of 2014, I submitted an application and was accepted on to a start-up accelerator programme. Nine companies were selected – though I just found out from those nine, we are the only company still going.

What were the major challenges you encountered?

The idea was to set up an Airbnb of tourism, by bringing connecting travellers with informed local people. The plan was to raise USD500,000 and build a massive platform, with lots of content from all over the world. However, after three months, my business partners returned to France and left the project. I was suddenly alone, no partners and no website.

I was contacted by one of France’s biggest travel companies. They liked the concept of showing a city to travellers with someone who lives there, and wanted to work with me.

But I still really believed in the idea. So I regrouped and focused on building the quality of the experience and not the reach of the website so much. I thought it would be better to focus on Thailand first, as this is where I know and trust a group of local people, who could make the concept successful.

After I launched a new version of the website in April 2015, there was a sudden interest from the French expat community magazines here in Bangkok, who were producing articles about Very Local Trip and how this French guy was starting to do something different.

Subsequently, I was contacted by one of France’s biggest travel companies. They liked the concept of showing a city to travellers with someone who lives there and wanted to work with me.

That’s what we want – a small, exceptional team to provide a persona, quality driven service.

This company [who Maxime has requested remain nameless] had even tried themselves to build the concept in Sydney. It had gone well and people liked the informal approach of just meeting someone without a fixed, formal programme. This changed operations a lot as I was now able to concentrate on building the network of local friends and experiences without having to be so concerned with where the next client would come from.

What do you look for in a person when choosing ‘local friends’?

We need to work with reliable local people who are very knowledgeable. It creates an idea that a trip is your day, and is different from anyone else’s experience.

It is a freelance job for the local friends and I have a lot of creative people involved – in Thailand, one guy is a photographer, another a journalist and one is a start-up developer – people with the time but also the passion for showing off their city.

Mostly I find them through word of mouth from other local friends. I also have partnerships with a few, small independent local agencies who understand our vision and approach. It can be hard to find a person with all the right criteria – friendly passionate communicative and available. But that’s what we want – a small, exceptional team to provide a personal quality driven service.

You have a presence in Thailand, Indonesia, Vietnam, Japan, Laos and Cambodia; future plans?

We cover a big part of the French market and we work B2B with two major French companies. But, now, I have reached a point where I am cautious about selling our services to another big player in France.

So now I am trying to focus on the English speaking market – Australia for example. I am busy researching how the Australian traveller may differ from the French travellers. I am also on my way to Cairo to get the lay of the land there.