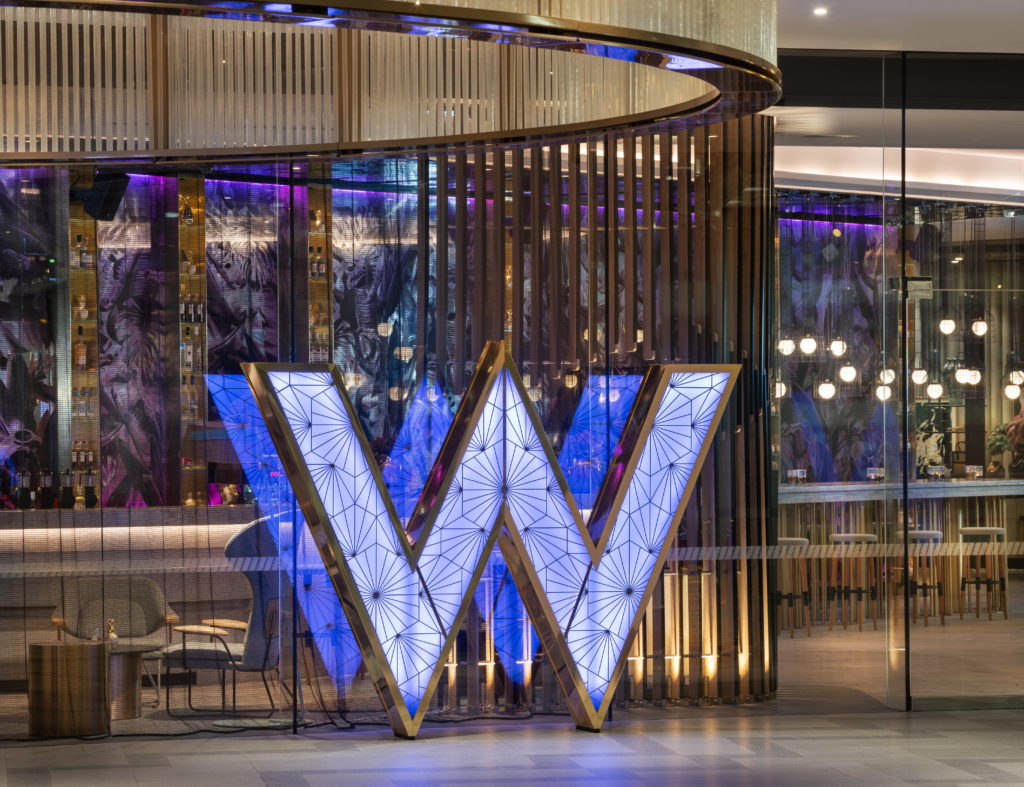 W Hotels Worldwide, part of Marriott International, has debuted in Australia with the opening of W Brisbane in one of the country’s fastest-growing cities.

Owned by Shayher Group and overlooking the Brisbane River in the city’s CBD, the hotel’s bold, playful and modern W branding is a great match for the fast urban lifestyle in the capital of the Sunshine State.

“W Brisbane is the first of its kind in Australia,” said Haldon Philp, general manager at W Brisbane. “From the Whatever/Whenever service that drives the W brand, delivering whatever our guests want, whenever they want it, to event programming centred around Design, Music, Fashion and Fuel [the brand’s take on fitness] to coveted partnerships such as Three Blue Ducks.

“Now is the time for a hotel of this calibre to come to Brisbane as the city enjoys its coming of age.”

Finally, the Extreme Wow Suite – the brand’s interpretation of the traditional presidential suite – showcases a panoramic view of the river to the mountains and beyond.

Victor Clavell, area vice president, luxury, Asia Pacific excluding China, Marriott International, said: “There’s nothing quite like Australia, a diverse country that is not only famous for its natural wonders but also for its celebration of diversity and multiculturalism.

“Touted as Australia’s new capital of cool with its edgy urban spaces and burgeoning passions for music, fashion and design, Brisbane is an ideal destination for the W brand.”

W Brisbane has tapped Nic Graham & Associates, a local interior design agency. The group has made a theme of “A River Dreaming”, an ode to its location on the banks of Brisbane River. In recent years, it has become a buzzing epicentre of the city’s social scene, and its features are weaved throughout the hotel.