AirAsia sorry for “Get off in Thailand” ad 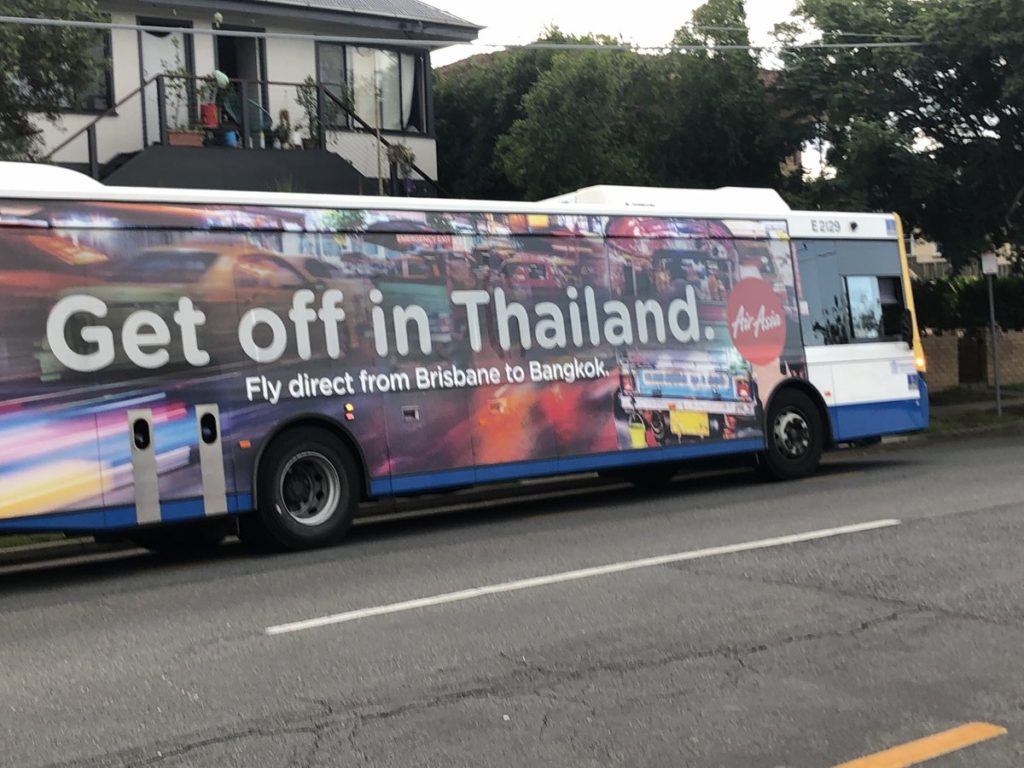 Malaysian low cost carrier AirAsia apologised for its latest ad campaign after it didn’t sit well with the public.

The advertisement aims to promote the carrier’s direct flight from Brisbane to Bangkok with a tagline “Get off in Thailand”. The ad was seen on Brisbane buses at the airport.

Twitter user Melinda Liszewski said that the ad promotes sex tourism. She explained that Thailand is a hot spot for women and child exploitation and the ad seems to imply that.

She wrote on the website of Collective Shout, a grassroots campaign movement that’s against the objectification of women.

Brisbane City Councillor Kara Cook called the ad “an absolute disgrace”, and said it should never have appeared in the city.

In a statement, AirAsia said: “We take community feedback extremely seriously and sincerely apologise for the concerns raised. AirAsia confirms the campaign has since ended and our media partners have had the last of these advertisements removed. The campaign aimed to promote Bangkok as a destination, “for example, get off the bus get … off the aircraft in Bangkok.” The airline reportedly pulled the ad.