Aviation round up: Munich Airport gets radical with gnarly competition

This this week’s collection of aviation round up is mixed bag of new routes and announcements but, for the first time ever, it also features skateboarding…rad!

But, first news from Tibet… 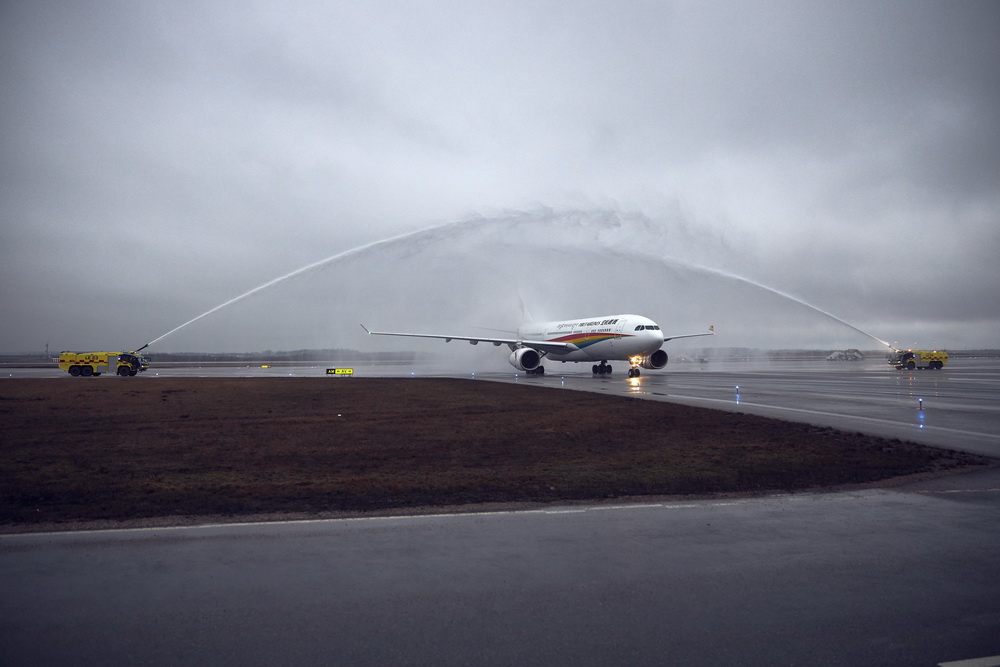 Helsinki Airport’s first Chinese airline company Tibet Airlines opened a new route from Jinan, China, to Helsinki Finland on 8 April. The new route was celebrated at Helsinki Airport after the inaugural flight landed. The route is operated with Airbus A330 wide-bodied aircraft twice a week on Mondays and Thursdays.

“Tibet Airlines is looking forward to continuing to maintain a mutually beneficial and win-win cooperation concept with Finavia and Helsinki Airport, to carry out more extensive and in-depth comprehensive cooperation in the future,” said Bai Weisan, president of Tibet Airlines Co., Ltd at Tibet Airlines.

“Just a few moments ago we witnessed the landing of the historical first flight from Jinan to Helsinki. Tibet Airlines is the first Chinese airline commencing flights to Finland and we see prosperous business opportunities for Chinese and Finnish businesses and unforeseen experiences for the Chinese and Finnish travellers,” said Kimmo Mäki, CEO at Finavia. 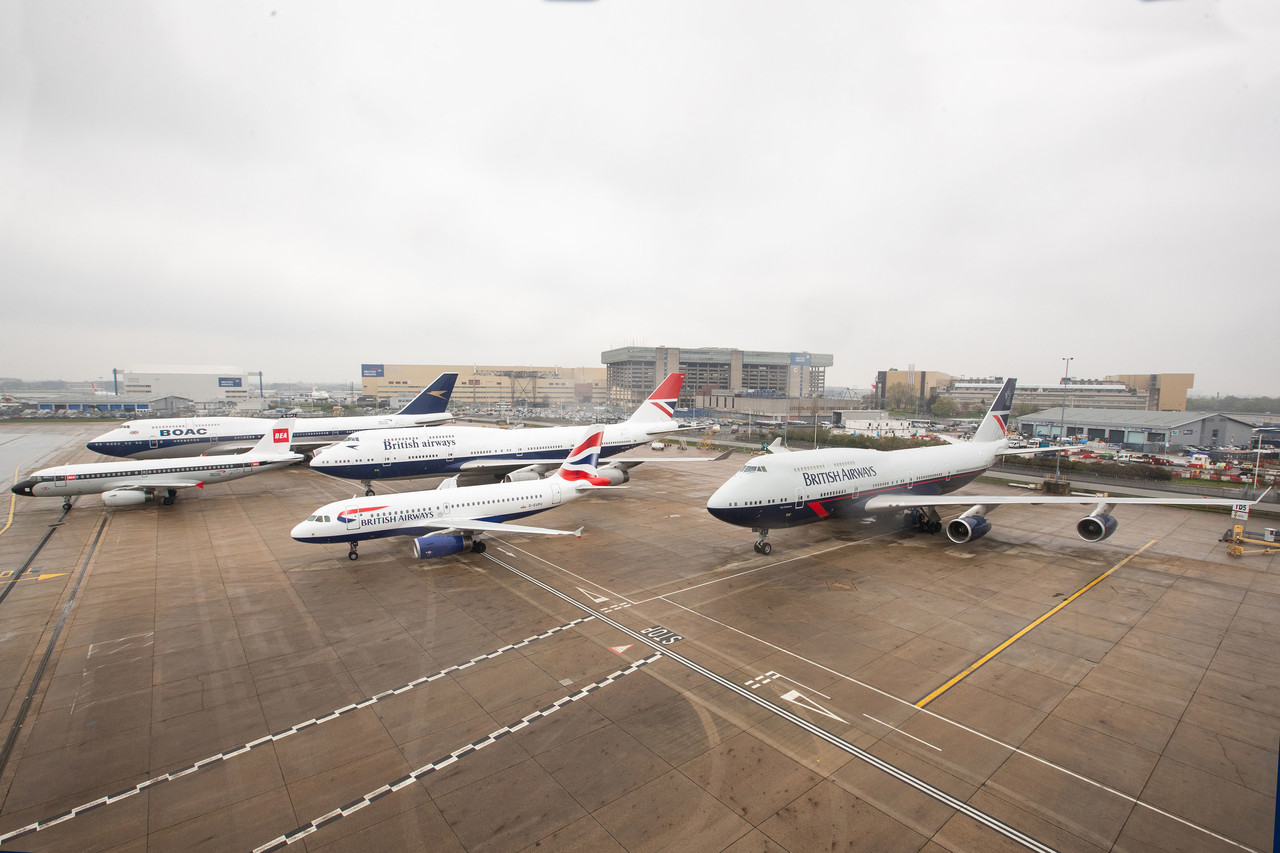 British Airways has, for the first time today, brought together its four heritage liveried aircraft which were repainted to mark the airline’s centenary this year, alongside an A319 in the current Chatham Dockyard livery, to capture a rare image of some of the airline’s most iconic designs together.

The photos captured today also mark the fact that 50,000 customers have already flown around the globe on the four heritage liveries since they re-joined the fleet, with the Boeing 747s having travelled to destinations such as New York, Cape Town, Dubai and Lagos, while the BEA liveried Airbus A319 has flown far and wide across the airlines’ UK and European network to cities including Manchester, Newcastle, Edinburgh, Milan, Zurich and Amsterdam.

Alex Cruz, British Airways’ chairman and CEO, said: “The excitement and pride that we’ve witnessed from customers and colleagues as these heritage liveries, which we painted to mark our centenary, have flown around the globe has been unparalleled.

“Social media has been fired up with images from travellers all over the world when they’ve spotted the aircraft and as some 50,000 people have now flown on them since they arrived back in the fleet we wanted to capture a special photo to share with them.”

Can Tho? Can do 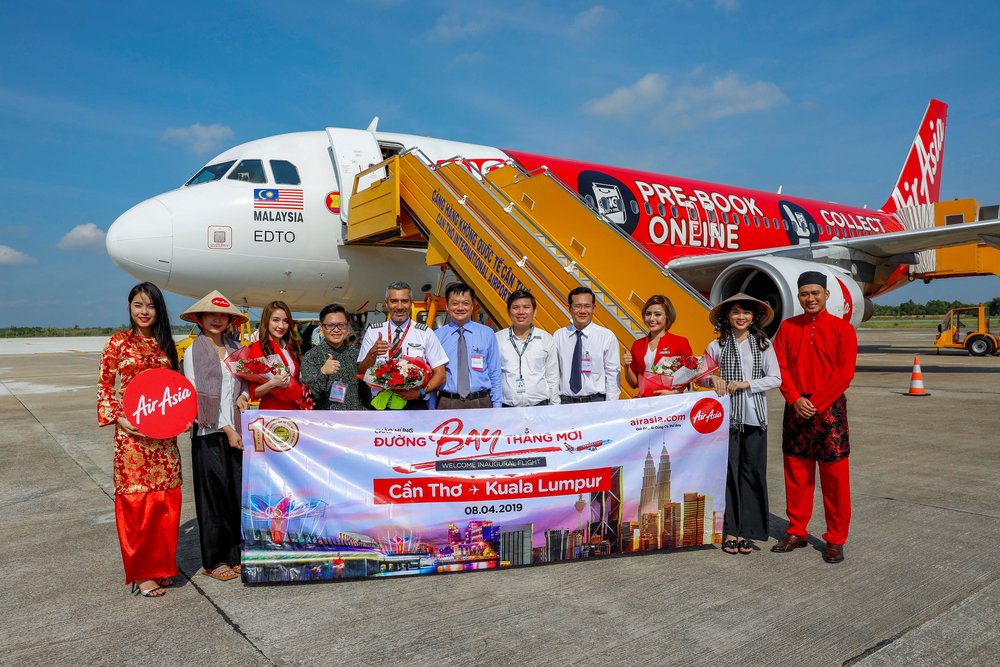 AirAsia celebrated its first flight from Kuala Lumpur to Can Tho today, making history as the first international flight to touchdown in the Mekong Delta’s largest city.

Can Tho becomes AirAsia’s sixth destination in Vietnam and follows the announcement of new services between Bangkok and Can Tho which are set to commence in May 2019.

Laddawan Meesupwatana – group head of product for the Indochina market said: “We are excited to welcome the first-ever international flight to Can Tho today. The Mekong Delta has tremendous potential with some 8.5 million visitors choosing to come here in 2018.

“This new flight will help to connect the Mekong Delta with Asean, and at the same time bring visitors to explore the beauty of Can Tho, such as the floating markets, pottery villages and picturesque canals.” 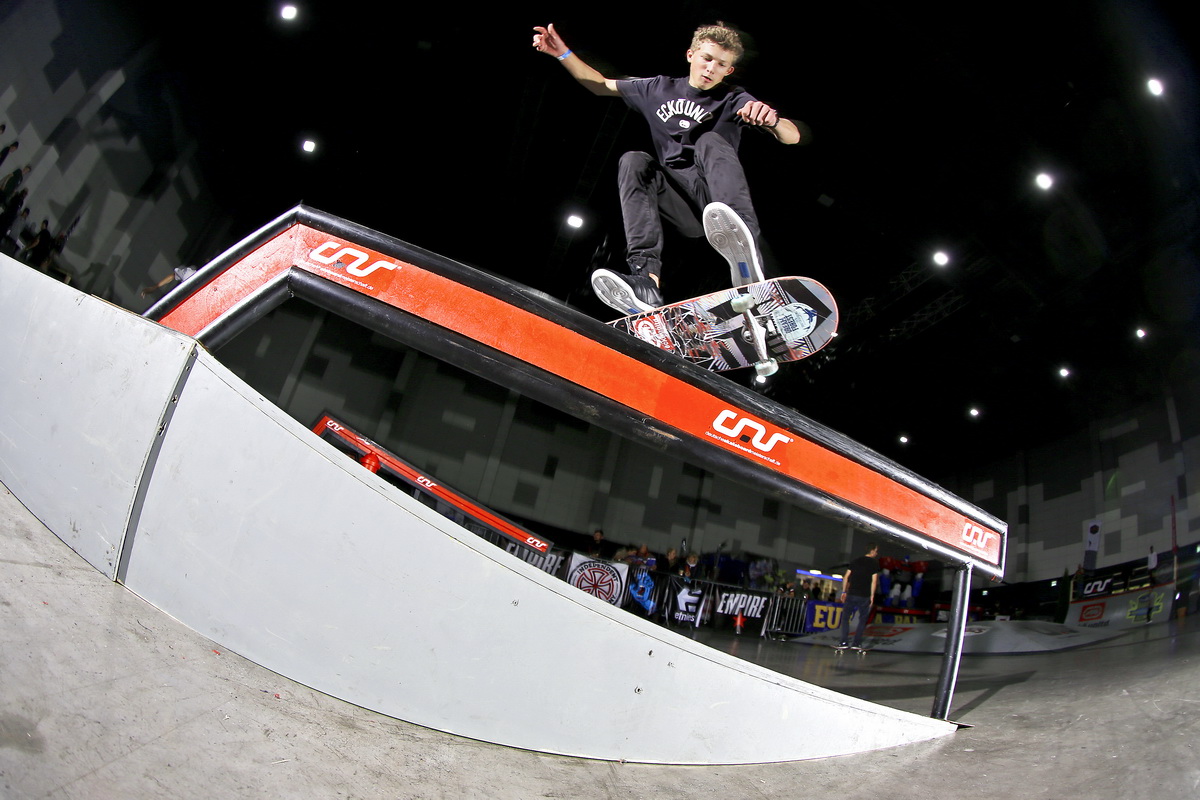 Top-flight professional skateboarding is a breathtaking spectacle. At the new Skate & Style event, now coming to Munich Airport, spectators will witness dazzling displays of tricks, spins and jumps. From April 24-28, the airport’s MAC Forum will be turned into a skateboarding hotspot as it hosts the South German championships in this exciting sport.

In the Club of Skaters (COS) Cup, competitors will face off in three categories, with the winners qualifying for the national final at the end of November at Europapark Rust, Germany’s biggest theme park. Spectators at Skate & Style who are up to the challenge are also welcome to grab a board and test their own skills on the 800sqm park terrain.

The four-day event will feature numerous highlights, including a program of entertainment and fun activities. As fans watch, Germany’s skateboarding elite will attack the ramps and obstacles and showcase their best moves. And between rounds of the 2019 COS Cup, local heroes will go head to head in the Titus Locals Only Competition (LOC) Cup.

What will AirAsia fly next? Drones

AirAsia takes off with rebranding as Capital A