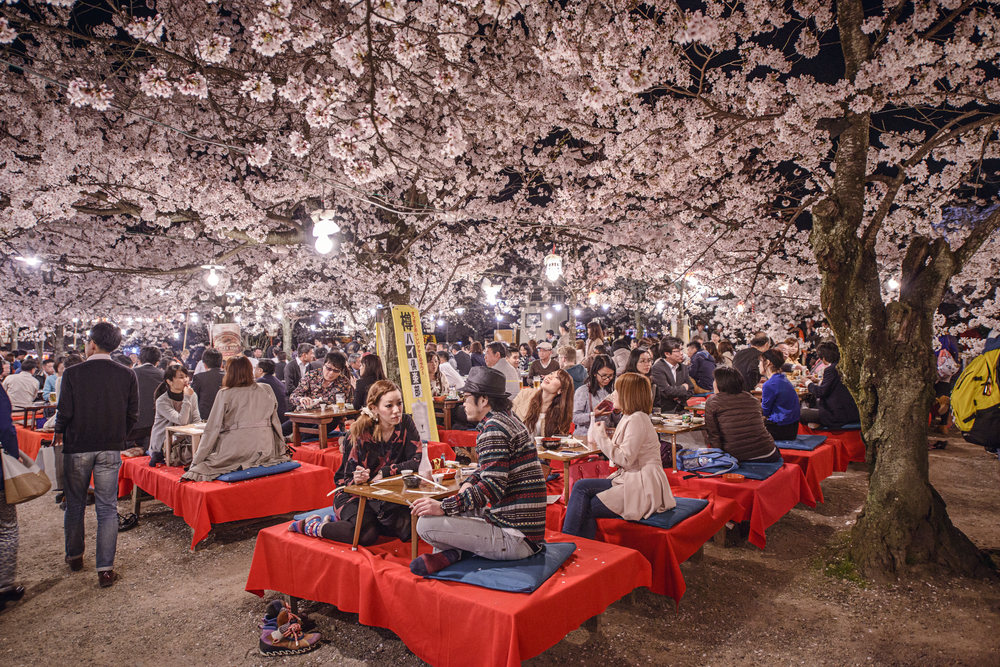 Spring has come and for Japan, it means streets will turn pink with Sakura.

Weathernews Inc. has revealed its forecast for the upcoming cherry blossom season. This year, the Yoshino cherry trees are expected to blossom slightly earlier than usual across Japan (based on the averages for the past 5 years from 2015 to 2019), and in some places, blossoms are expected to appear at the earliest dates on record.

Blossoming will begin on 16 March in Tokyo and Fukuoka, followed by Yokohama, Matsuyama, and Kochi on the next day. By the end of March, cherry trees will be blossoming in most areas of western and eastern Japan and will begin to blossom in southern Tohoku. The cherry blossom front will reach Hokkaido in late April, with Kushiro expected to be the last place to see blossoms, early in May. 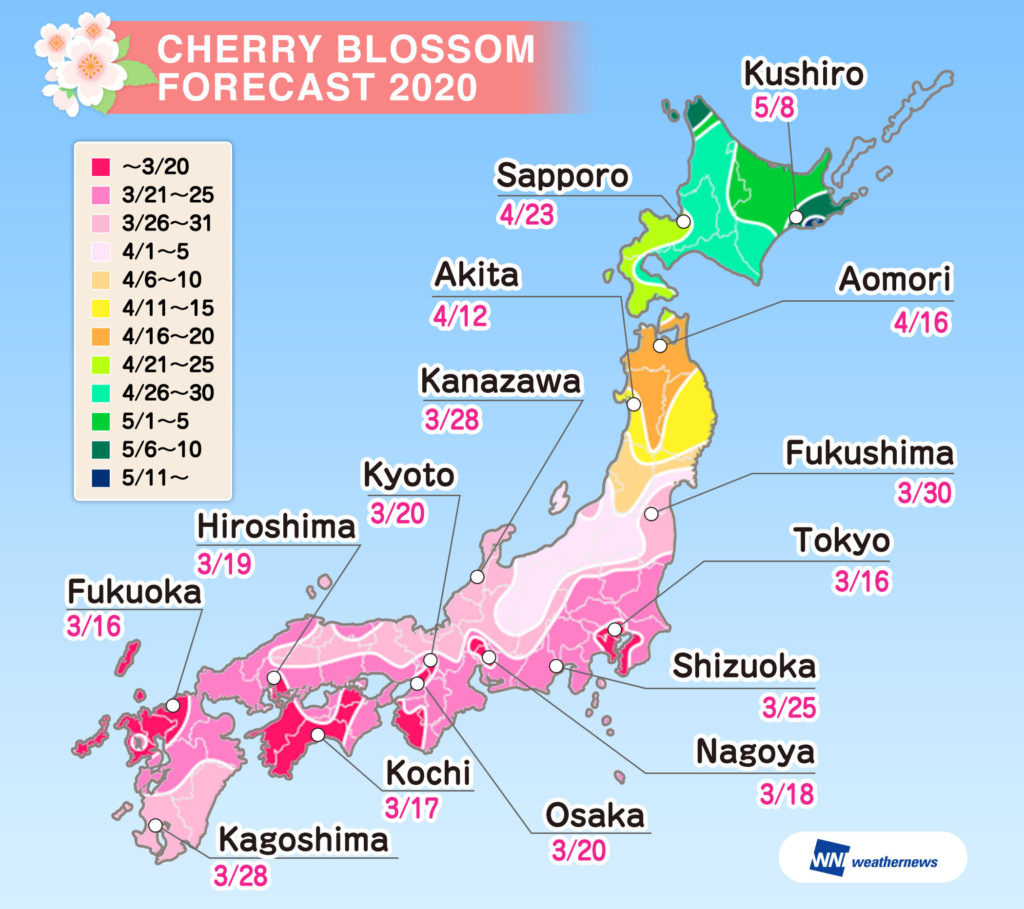 There were concerns that a delay in the break of dormancy due to the warm winter would delay blossoming in western and eastern Japan, but it appears that frequent cold spells have resulted in the break of dormancy across a wide area, with the exception of southern Kyushu. With forecasts calling for higher than normal temperatures in March and April, the growth of cherry blossom buds will progress smoothly.

In northern Japan, the weather is expected to be changeable through the first half of March, with some days experiencing the effects of low atmospheric pressure and cold air, but the number of sunny days will increase during the latter half of the month. With forecasts calling for higher than normal temperatures in March and April, bud growth will progress smoothly. The earliest blossoms will appear on 30 March in Sendai and Fukushima, and the cherry blossom front will reach Hokkaido in late April. Blossoms are expected in Hakodate on 22 April and in Sapporo on 23 April.

Meanwhile, the major cherry blossom season festivals in Japan have been cancelled due to coronavirus. These festivals in Tokyo and Osaka, which attract millions of people wanting to see the white and pink flowers, will not go ahead as planned in April.

The cancellations come as authorities step up efforts to tackle the outbreak in Japan, which has reported more than 230 infections and five deaths.

However, locals and tourists can still enjoy the cherry blossom season along the public roads and in parks.

El Nido, Palawan to reopen on October 30 with…

Japan to reopen for Olympics spectators, but under strict…

23 things to do in Delhi