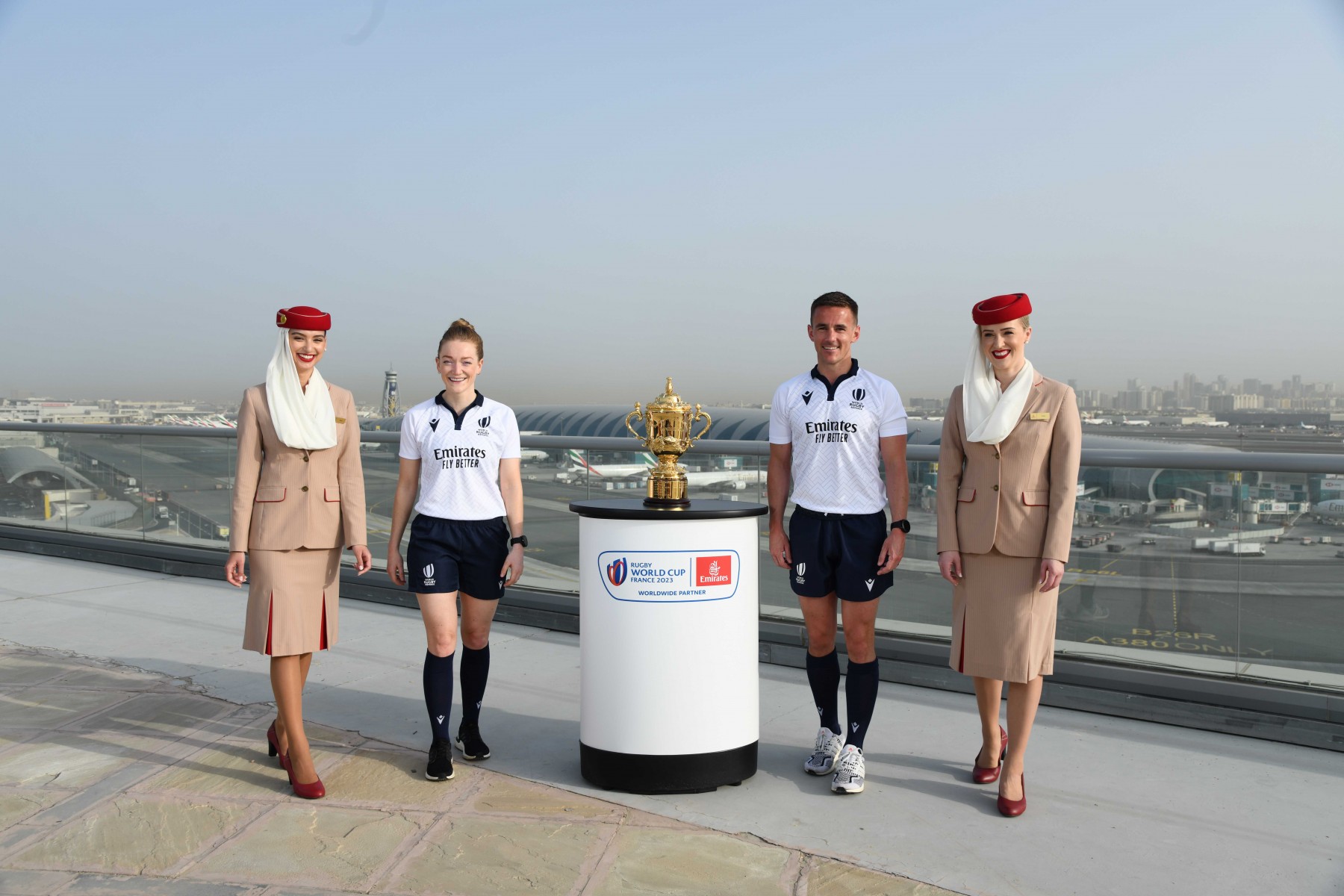 Underscoring its commitment to the sport, Emirates is also extending its official sponsorship of the Emirates World Rugby Match Officials through to 2027, a relationship that has proven pivotal in the development and performance of elite match officials since 2013.

In joining the global family of Worldwide Partners for Rugby World Cup 2023 in France, Emirates will return to where the hugely successful relationship between the airline and the international federation began in 2007. Since then, the airline has become one of the sport’s most prominent and active supporters as a committed partner of every men’s Rugby World Cup since 2007 and proud sponsor of the Dubai and Cape Town rounds of the HSBC World Rugby Sevens Series.

As the official airline of Rugby World Cup France 2023 and Australia 2027, Emirates will fly rugby to new frontiers and bring its leading expertise in customer experience to help deliver a truly world-class tournament for fans travelling to the host nations. Its investment in the sport as a Worldwide Partner will help support rugby’s development in both emerging and established markets, while fans will be able to watch every moment from two unforgettable Rugby World Cups live and on-demand from their flight seats, making the sport more accessible.

Emirates Airline President, Sir Tim Clark, said: “Rugby is a sport with great values and a proud heritage in many countries. It is also a sport that’s attracting more participation and interest across communities each year as we are seeing in the UAE where rugby just made it into school programmes nationwide. We see rugby as a great platform to bring people together under a shared passion for the sport.”

Emirates’ to reintroduce A380 to Perth’s skies from 1 December

Emirates’ to reintroduce A380 to Perth’s skies from 1…

Prev Next 1 of 4,550
Subscribe to our newsletter
Sign up here to get the latest news, updates and special offers delivered directly to your inbox.
You can unsubscribe at any time
Close
Sign in