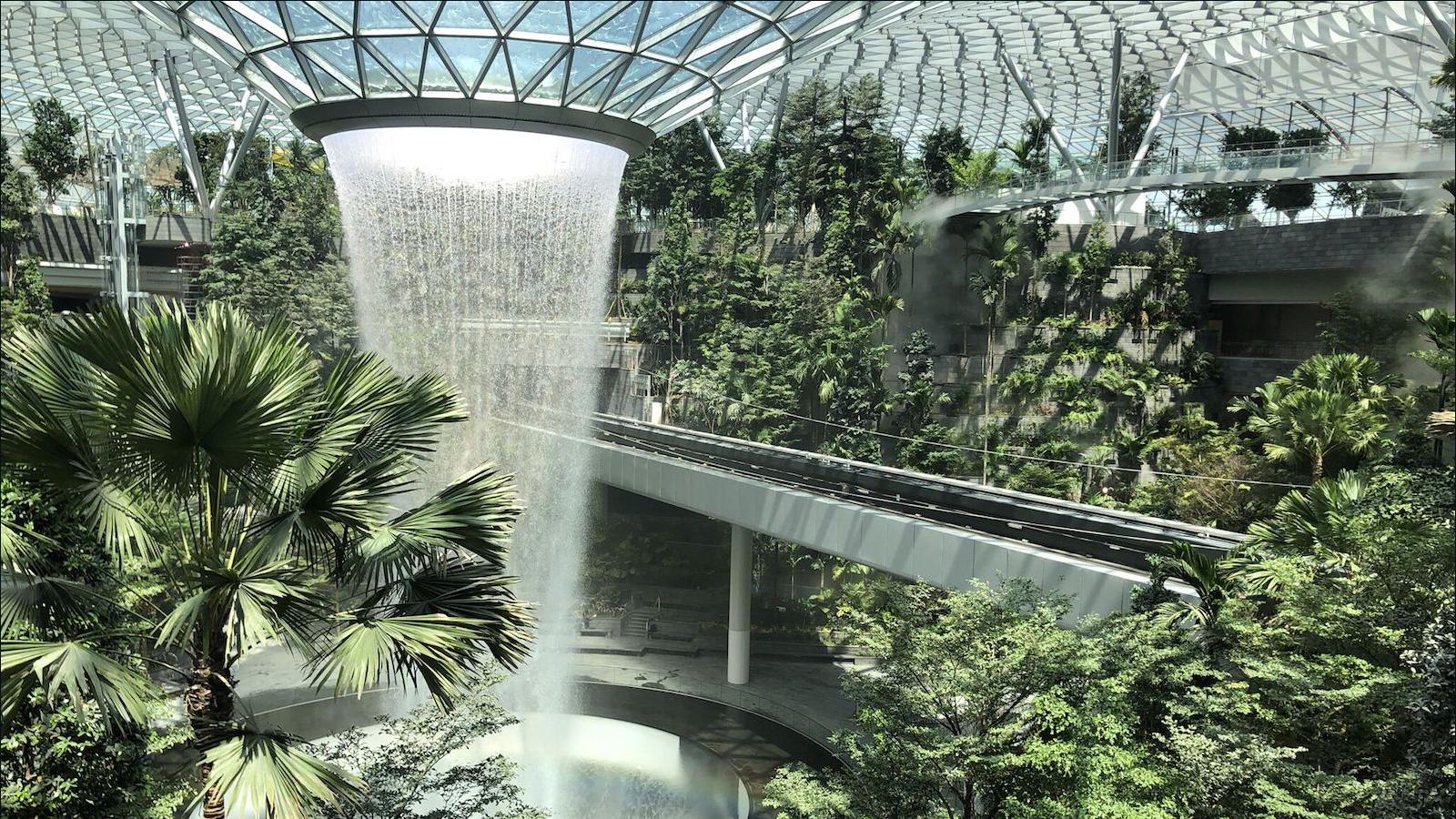 Jewel Changi Airport has completed six months of operations with an official opening by Singapore Prime Minister Lee Hsien Loong on 18 October. The airport continues to welcome as many as 300,000 visitors a day, after opening to the public in April this year.

The 135,700 square metre complex, built on the site of the former Terminal 1 open air carpark, offers a multi-faceted experience that includes play attractions, shopping and dining concepts, as well as airport and accommodation facilities. In partnership with the Singapore Tourism Board and Singapore Airlines, a new 2.5-hour walking tour of Jewel has been newly launched to give stopover travellers a taste of what the country has to offer.

This complimentary tour is open to transiting passengers, including UK nationals with a minimum layover of 5.5 hours and relevant visa approvals to enter Singapore. Led by an experienced guide, travellers will be introduced to the major features of the airport.

They will be able to take a closer look at its architectural wonder, sample local food dishes and enjoy free entry to its Canopy Park.

To facilitate intermodal travel for fly-cruise and fly-ferry passengers, Changi Airport Group is now offering a transfer service for those flying into Singapore and sailing out on cruise lines and ferries such as Genting Cruise Lines, Royal Caribbean International and Bintan Resort Ferries.

Hung Jean, chief executive officer of the airport said: “Since Jewel opened its doors to the public in April 2019, operations have gone into full swing with Jewel recording a footfall of about 50 million from both local and foreign visitors in the first six months.”

Light at end of tunnel: Singapore to start Phase 3 of COVID-19 reopening on 28…