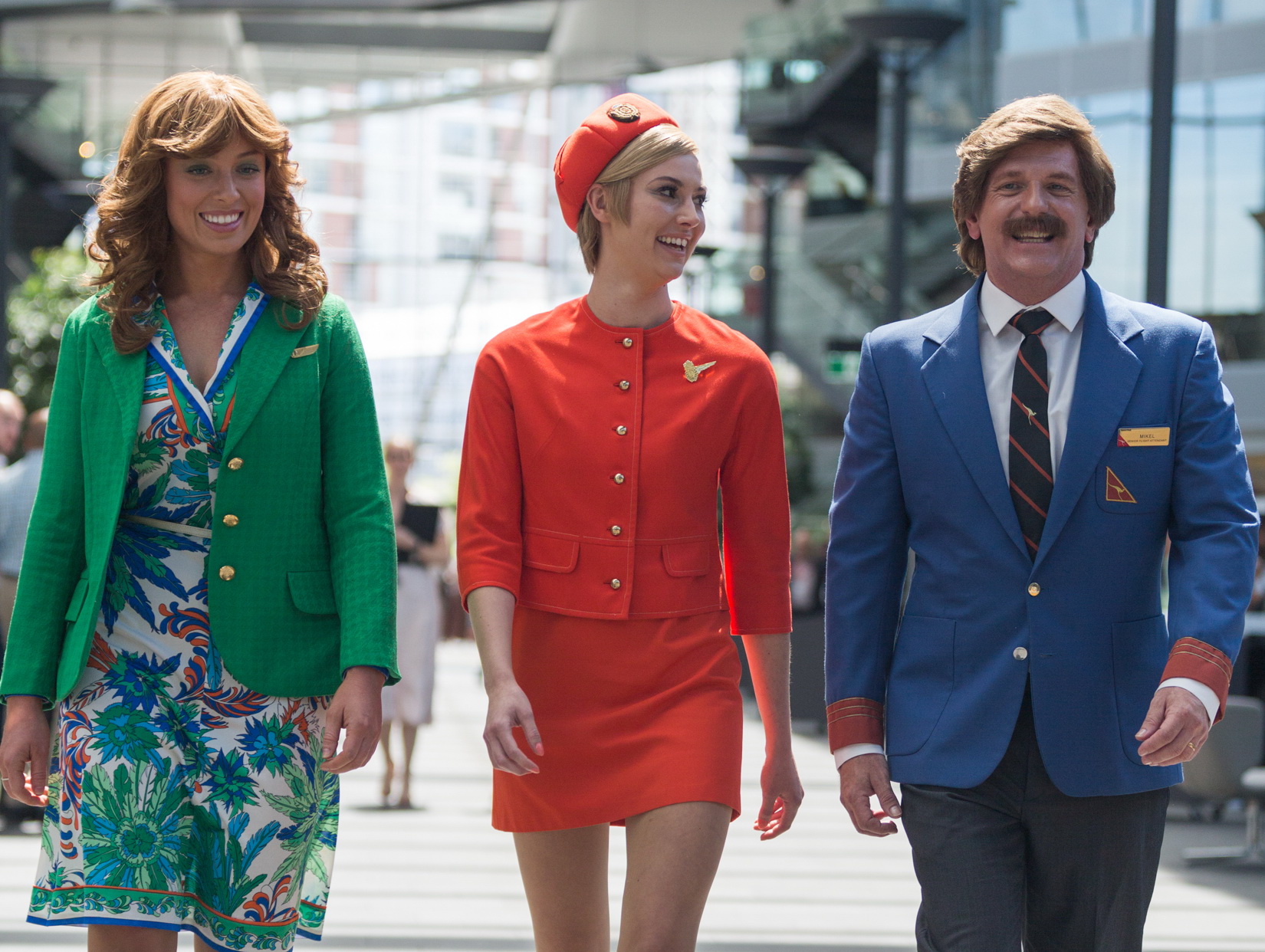 Qantas unveiled a cracking new safety video this week featuring a roll call of icons of yesteryear, from  80s mullets and 70s moustaches right through to 1940s flying boats and 1920s propeller aircraft to celebrate 100 years of the national carrier’s history.

Best of all the vid is delivered by current Qantas crew transported into the past through artful recreations of historical aviation settings, including onboard aircraft and in airport terminals.

Qantas Group CEO Alan Joyce said safety videos are an important tool to communicate vital safety messages to the 55 million people who travel with Qantas every year – and that making it interesting helps keep their attention even after they’ve seen it multiple times.

“This safety video is a look back at the different styles of aircraft, service and uniforms that have been part of our long history. And it calls out the contribution Qantas and its people have made to aviation, like the invention of the slide raft, as well as the national carrier’s role in connecting Australia to the world. It’s really a tribute to a century of our people, the changing styles, and our innovation. The one thing that has never changed is our commitment to safety.”

The video features iconic aircraft, fashion and aviation milestones to create a 100-year time-lapse from the 1920s to the present day. Some of the scenes were recreated in real life, others such as the original Avro 504 and the 1930s De Havilland 86, were bought back to life using computer generated imagery.

The production team spent months researching information from the national archives, aviation museums. They also used photographs and artefacts from the extensive Qantas Heritage collection to perfect the details of each scene, from original life jackets to the wall panels from retired aircraft that were retrieved from the Mojave Desert.