Rotana returns to Babylon with five-star hotel in Baghdad

Babylon Rotana is located next to the high-security Green Zone and a 30-minute drive from Baghdad International Airport. It has 284 rooms and suites with views of Baghdad’s skyline and the Tigris River, while its pyramid design and extensive gardens are inspired by the Babylonian heritage of the city.

Imad Al Yasri, chairman, Al Ibaa Company, commented: “It gives us immense pleasure to partner with Rotana to operate our five-star property in Baghdad, and we are excited about the planned upgrade and refurbishment of the hotel.”

“A thriving hospitality market in the capital city”

“We are confident that the partnership with Rotana will present a compelling value proposition for our guests, employees, and stakeholders, and further drive our business growth. We look forward to working closely with Rotana to enhance the overall performance of the hotel, thereby contributing to the development of a thriving hospitality market in the capital city.” 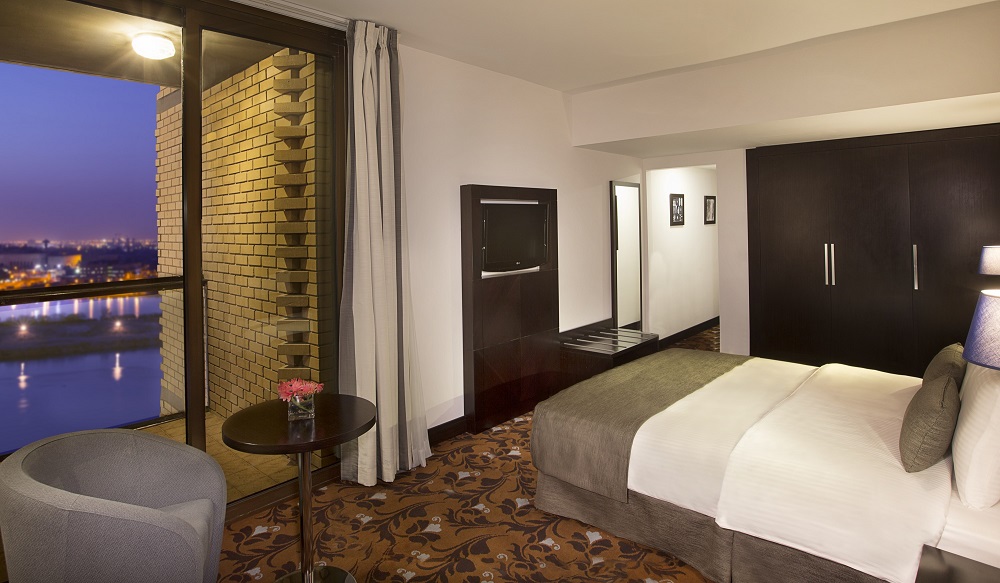 In the fourth quarter of 2019, Rotana will open Slemani Rotana, Sulaymaniyah, adding 240 rooms to the country’s growing hospitality inventory. According to our recent interview with the group COO and acting CEO, Guy Hutchinson, the company is aiming to operate 107 hotels by 2020.

“An attractive market for hospitality investments”

Hutchinson commented: “As a result of its ambitious reconstruction efforts, Iraq has achieved tremendous progress in accelerating economic growth and development and improving the security environment in the country over the last few years. Likewise, the capital Baghdad has been experiencing a robust increase in the number of corporate and leisure travellers, thanks to its greater financial stability and rebounding tourism sector.

“With these prospects, the country is increasingly becoming an attractive market for hospitality investments. At Rotana, we will continue to seek new opportunities to further enhance our presence in this market.”