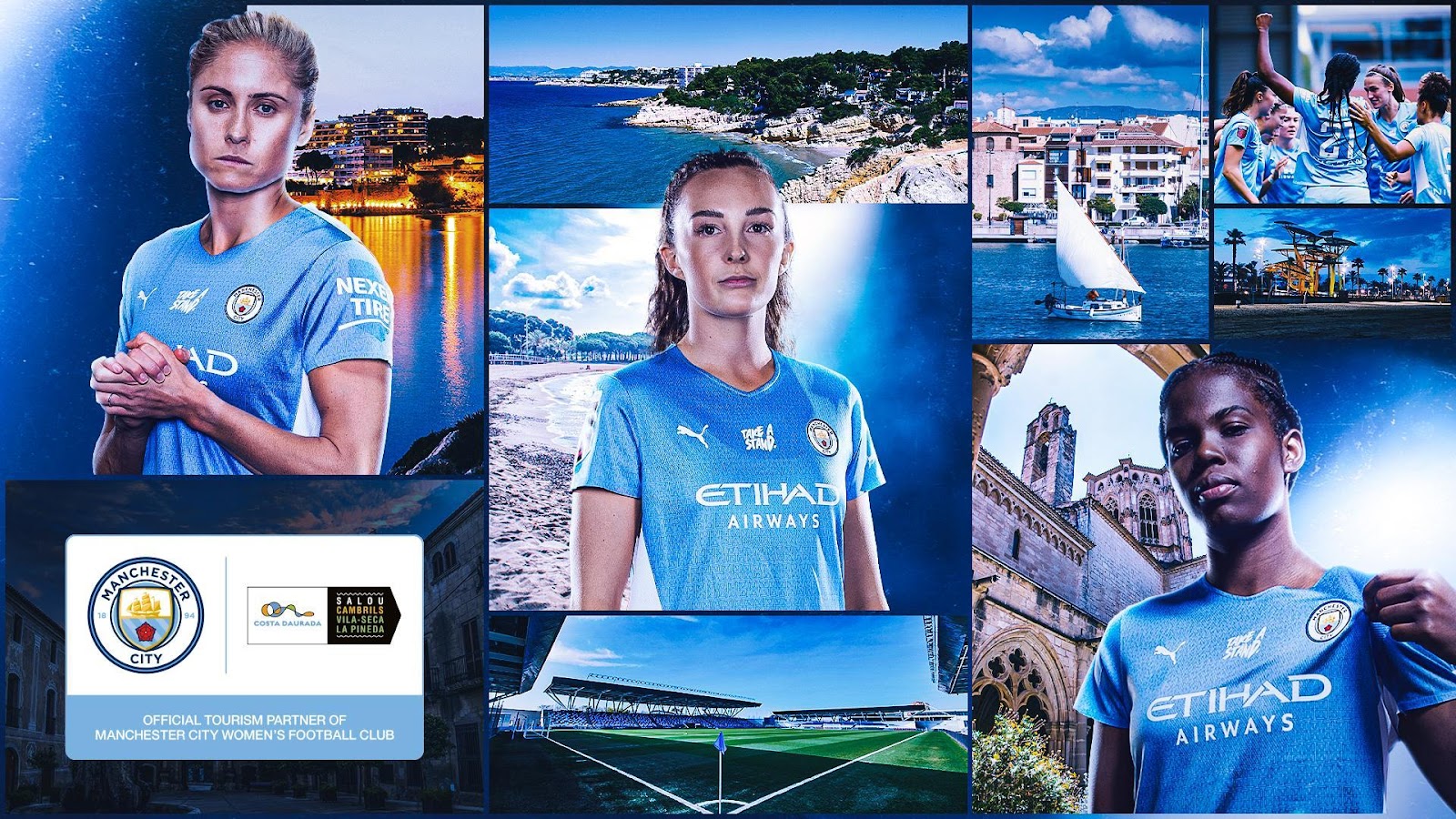 This partnership will include multiple actions including the broadcasting of the Joint Promotional Plan logo on the perimeter LED tanks around the stadium during all FA Women’s Super League home games and the publication of the logo in the press room during the FA Women’s Super League pre- and post- match interviews. In addition, Costa Daurada will have access to the club’s brand and players for publicity campaigns, including creating joint content to publish on the club’s digital and social channels. Furthermore, the agreement will also incorporate a number of fan engagement activities.

The agreement will also include a warm-weather training camp in Costa Daurada for Manchester City’s Women’s team in 2022.

Berta Cabré, president of FEHT, points out that “many of the initiatives we carry out are related to sport, as we wish to highlight Costa Daurada as a sports destination. For years, we have sponsored events that take place in the area, such as the Mundialito, the Costa Daurada Cup, golf tournaments and cycle races. We believe that a team as important and with as many supporters as Manchester City Women’s Football Club will help continue to position the region of Costa Daurada as a leading destination in sports tourism and help encourage tourism year-round.”

Speaking regarding the announcement, Gavin Makel, Managing Director of Manchester City Women, said: “Everyone at Manchester City is delighted to welcome Costa Daurada Tourism Authority as an Official Partner of our women’s team.Becoming our Tourism Partner speaks volumes about their commitment to the women’s game and its growth, and we’re excited about the opportunities that will be afforded to our team and supporters in line with this partnership.”