By Alastair Newport On May 8, 2018
Guest Contributor

Following the arrival of its first new Airbus A321neo in January, VietJet has released its first financial statement of 2018, which displays a massive year-on-year increase of 146%, resulting in a net profit of USD 60 milion.

Fleet expansion was at the heart of this incredible growth with new aircraft — complemented by new international routes to destinations such as India Japan, Australia, and South Korea – raising transport revenue up to VND6,035 billion (USD265 million), a growth of 52% compared with the first quarter in 2017, 10% higher than VietJet’s target. 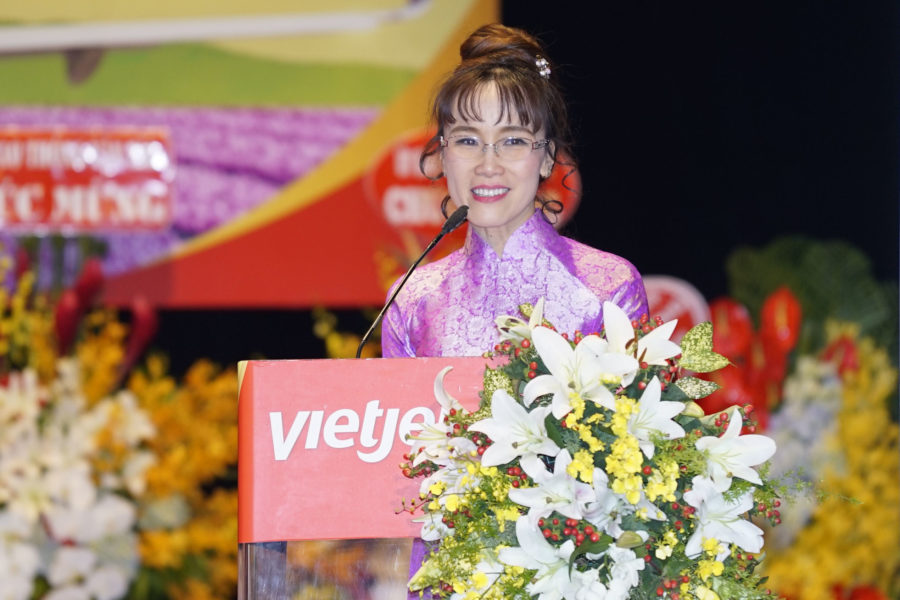 Discussing the importance of VietJet’s relationship with Airbus earlier this year, Nguyen Thi Phuong Thao (above), VietJet president and CEO said: “The A320 family aircraft has greatly contributed to VietJet’s impressive operating performance with the airline’s technical reliability rate standing at 99.6 percent in 2017.

“The aircraft has also helped us maintain some of the lowest operating costs in the airline world.

“The upgraded A321neo deal emphasises VietJet’s ceaseless efforts to modernize our fleet. We believe that the technical reliability rate and other operation and safety indexes will continue to increase in order to bring maximum comfort, joy and safety to our passengers.”

The current positive state of Vietnam’s economy, coupled with the government’s continued promotion of the country’s tourism sector, alongside VietJet’s well thought out expansion, means the airline is in a great position to achieve its vision of being a major multi-national player competing on a global scale.

Now fly direct Pune to Singapore with Vistara from 2 Dec