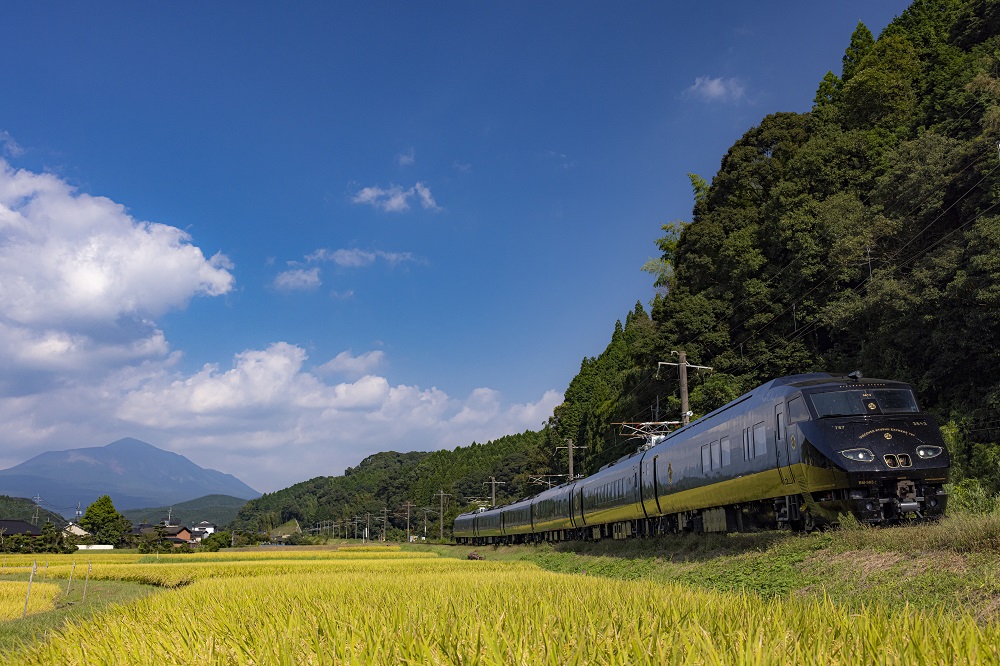 Recently launched this fall, the 36+3 sightseeing train joins the Seven Stars sleeper train in Kyushu, adding five new routes to Japan’s southernmost main island. The number ‘36’ comes from Kyushu being the 36th largest island in the world. The number ‘3’ represents the railway company, Kyushu locals and customers coming together.

The 36+3 train is made up of a six-car formation with 103 seats. All cars are first-class Green Cars with options for gourmet lunch and dinner menus featuring the very best local cuisine. Similar to the Seven Stars train, the interiors of the six train cars blend classic Japanese and modern Western styles, including shoji screen doors and a special type of latticework called ‘Okawa kumiko’,  which comes from the island’s Fukuoka Prefecture. 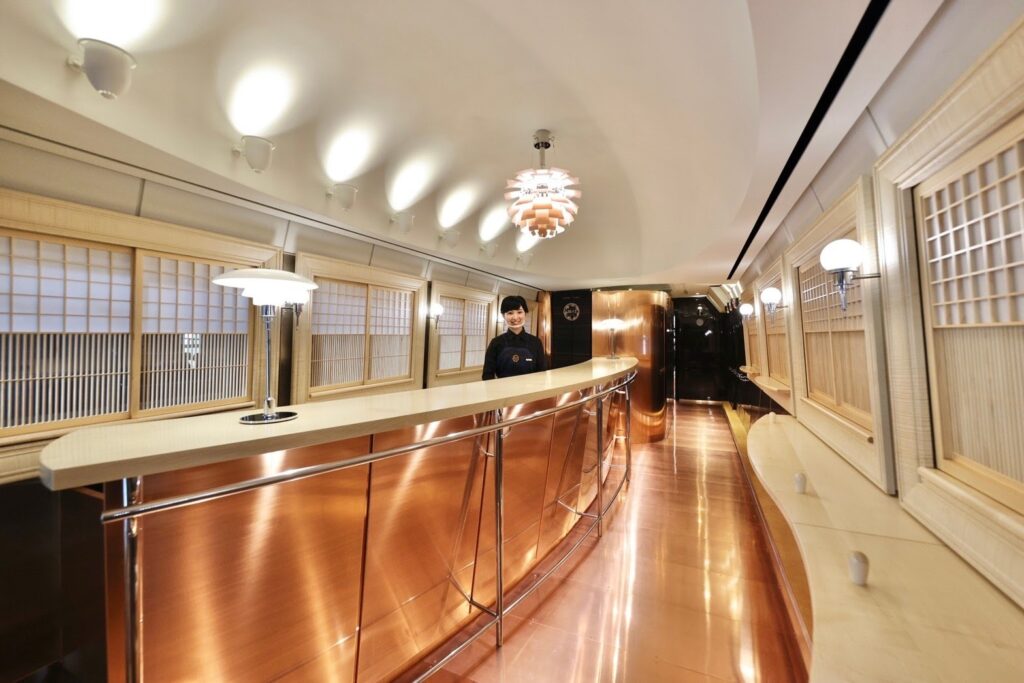 In cars one and two, travellers will find 13 private compartments outfitted with Western-style couches and tables that fit up to 6 people each. Car three is the bar car where drinks and snacks like sake and local Kyushu cuisine like seafood and wagyu beef are sold, while the lounge is in car four and has an arched lattice work ceiling and several small dining tables for passengers.

Cars five and six offer regular seating and have tatami mat floors made with rush grass from the island’s Kumamoto Prefecture. Following Japanese etiquette, guests sitting in the cars with tatami mat floors must remove their shoes before entering.

The five routes of the 36+3 train make a circuit around the perimeter of Kyushu island, with stops in all seven prefectures. It is not possible to tour all seven prefectures in a day resulting in trips being divided into five different routes from Thursday to Monday. Each route is colour-themed to showcase the highlights of the towns along the way. 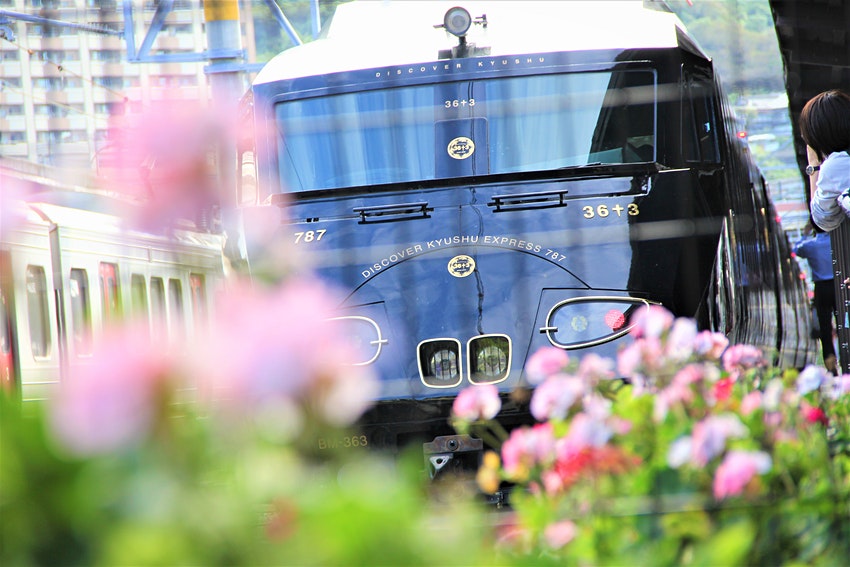 On Thursdays, the train takes the ‘red road’ running from Hakata in the north down the island’s west coast in the Kumamoto Prefecture offering spectacular views of the East China Sea along the way. On Friday, the train takes the ‘black road’ cutting across the island’s south from Kagoshima-Chuo to Miyazaki Airport and makes a lunch stop at Osumi Okawara Station, where you can enjoy views of Kinko Bay and the Sakurajima volcano.

On Saturdays, it’s the ‘green road’ which runs along the eastern coast of Kyushu to Beppu, with a stop in Saiki City so guests can buy such local specialities as black tea grown in the mountains and Japanese chestnut jam. After leaving Beppu on Sundays, the train makes its way along the ‘blue road’ travelling across the northern coastline guests can look forward to views of Beppu Bay on one side of the train and the mountains of Oita Prefecture on the other. Finally, the Monday route, ‘gold road’,  takes travellers from Hakata Station to the city of Nagasaki with a stop in a historical town known for its sake breweries.