7 unmissable events in Jerusalem this year 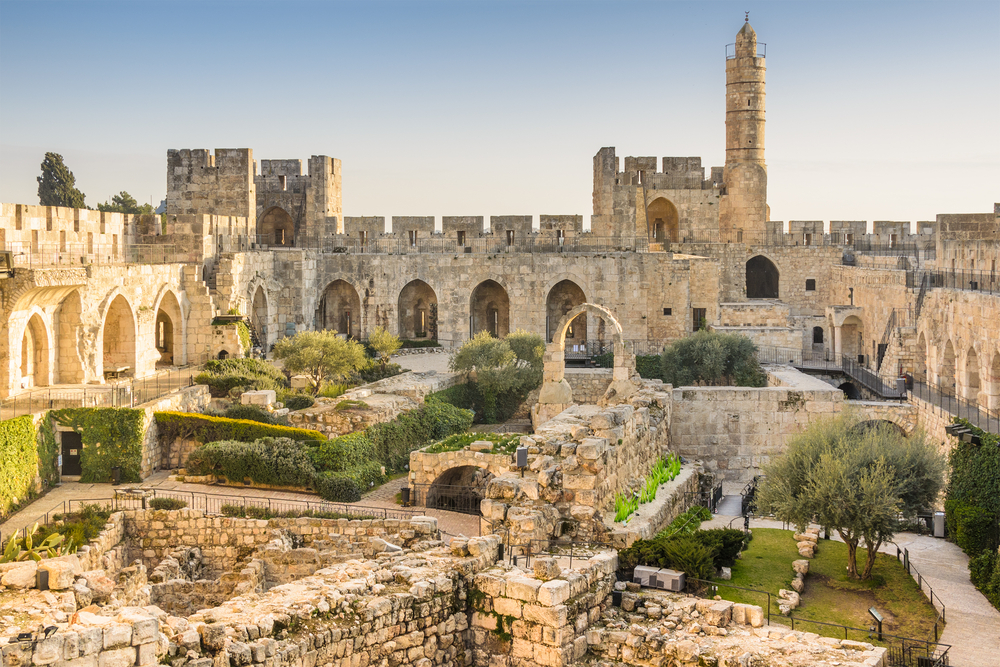 There are a number of exciting and unmissable events in Jerusalem in 2020. From the Jerusalem Marathon set against the backdrop of the city’s magnificent views to the trendy Open Restaurants Festival which brings visitors from all over the world to indulge in the city’s melting pot of flavours, here are the top seven events to experience in Jerusalem this year: 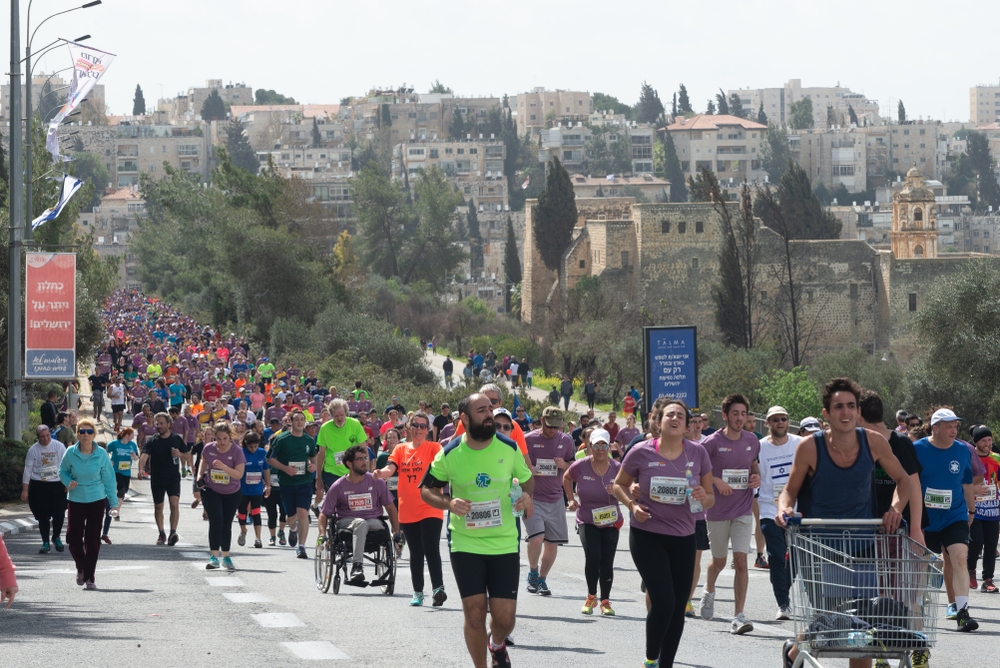 Celebrating its 10th anniversary on 20 March, the Jerusalem Marathon offers thousands of professional and amateur runners one of the most challenging competitions of the year. Famed for its hilly terrain and amazing views steeped with history, the marathon will test each runner’s stride to descend on the ancient city whilst bringing together families, communities and supporters to spectate the sporting event. For those not ready to face the 41.2km full marathon, there is also a 21.1km half marathon, 10km run and shorter runs for everyone to enjoy.

The world-wide Gran Fondo event takes place in over 20 countries across the world and is set to return to Jerusalem for a third time this spring. The event, on 3rd April, invites both professional and amateur cyclists to compete in the extreme field race through the Judean Mountains and historic landmarks of Jerusalem including the David vs Goliath battleground. Bringing thousands of spectators to the streets, the event offers a competitive and fun atmosphere for everyone. Participants will find two different track options to choose from according to the rider’s skills, Media Fondo is a 70km short track, and the Gran Fondo is a 130km long track. 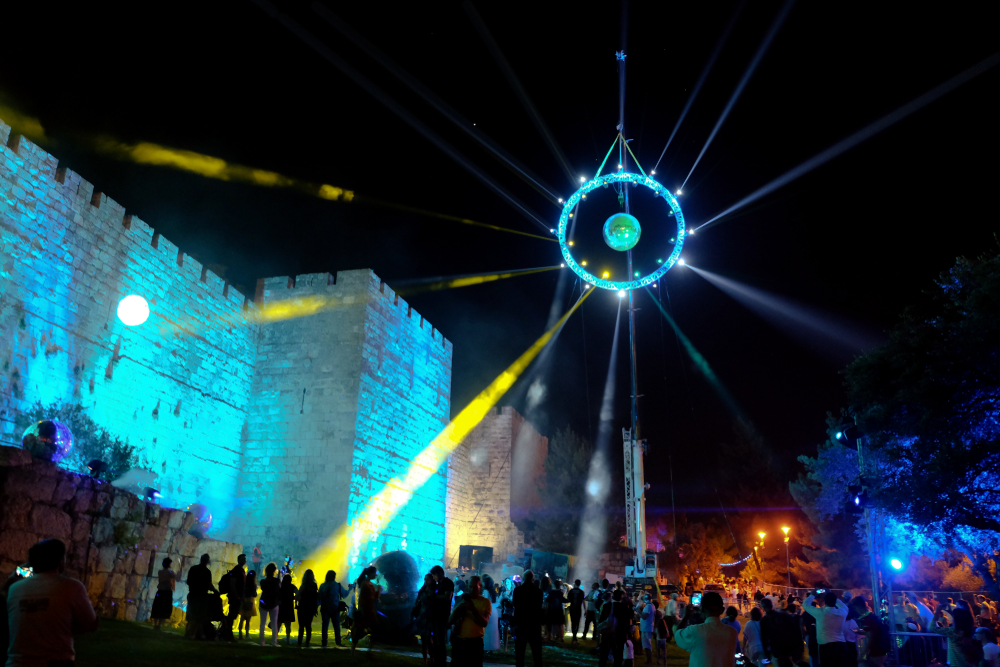 Jerusalem Festival of Lights is set to return to the city for its twelfth year as the inspiring event merges art, light instalments, and live music performances amidst the beautiful Old City of Jerusalem. Visitors are welcomed into a celebration of art and culture with the chance to roam the ancient alleys in a whole new light taking in the interactive light instalments. As a sensory experience for visitors to get lost in a visual wonderland, the festival attracts a quarter of a million people and artists from Israel and around the world each year.

Overall Fashion Festival will return to Jerusalem for its second summer to celebrate the culture of contemporary fashion in the ancient city. Hosting designers, artists, musicians and scholars at the iconic Tower of David Museum, visitors can enjoy a weekend full of events, exhibitions, exhibits and intriguing collaborations all under the artistic direction of Shelly Satat-Kombo and Shahar. Around 100 designers and artists from Jerusalem and across the globe will present new works at the festival dedicated to contemporary fashion culture. With live craft design demonstrations, live photoshoots, workshops, conferences, design installations, performances, and interactive activities, this event is a must for all fashion lovers visiting the ancient city.

Celebrating its 37th anniversary, the Jerusalem Film Festival has become a staple on the film lovers’ calendar and is set to return to the city on 16th July. The 10-day cinematic event screens more than 200 films reflecting the best from the past year from light-hearted comedies to thought-provoking human rights motion pictures.

The exuberant walls of the old city are lit up with key cinematic achievements, exciting works by new directors and of course, Israeli film, whilst bringing together world-renown film directors and actors which have included Robert De Niro, Jane Fonda and Quentin Tarantino. The variety of events on offer includes Gala Screenings, Israeli Cinema Competitions, and International Debuts Competition, which have turned the Jerusalem Film Festival into the most important cinematic gathering in Israel.

This October, visitors from all over the world are invited to travel in time through the ancient and holy streets of Jerusalem at the annual Jerusalem Open House event. Dozens of beautiful houses and government buildings constructed thousands of years ago are open to the public, showcasing the stunning historical and architectural designs.

Free of charge walking tours provide visitors with the chance to uncover the rich historical aspects of the city and also the technological and social aspects of the city’s buildings. The Open House event allows visitors to discover ancient building methods and how one of the most ancient cities in the world is designed as well as discovering the way of life for locals now and thousands of years ago. 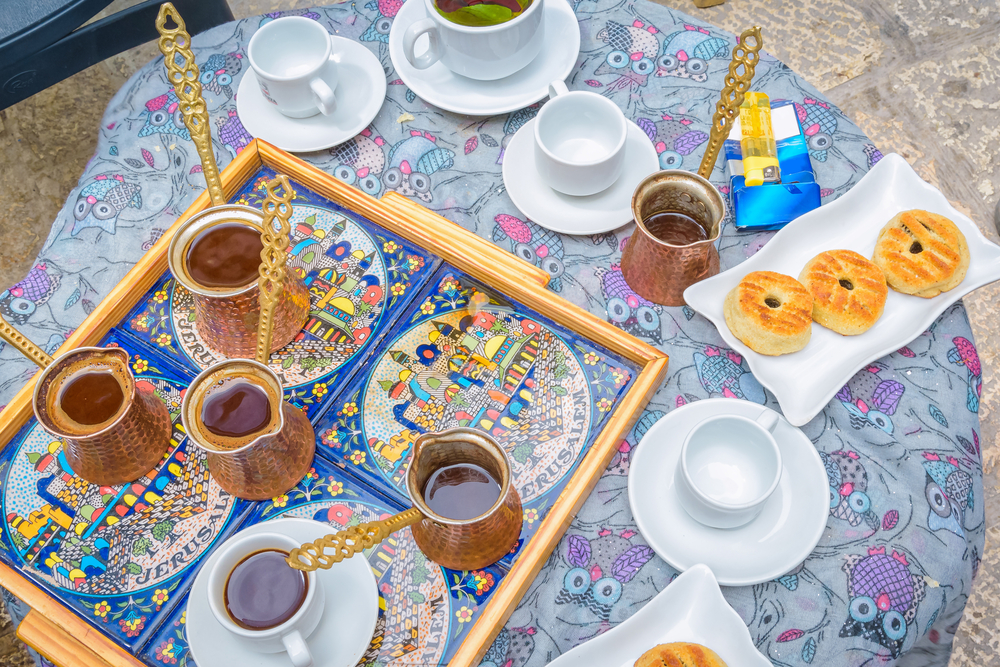 This November, Jerusalem’s trendiest urban culinary festival, Open Restaurants, will return for the fifth time to showcase Jerusalem’s unique culinary scene in the historical city. The festival will take the city by storm as top local eateries open their doors to give visitors a taste of the unique Middle Eastern kitchen.

For four days in November, visitors can walk the streets of Jerusalem and enjoy the culture, architecture and exotic dishes on offer. Chefs and culinary experts from across the globe mix with crowds to discuss, feature and indulge in the international mix of flavours including traditional local cuisine, vegan Indian dishes and carefully crafted artisan cuisine. Visitors can find their “taste”, whether it be food discussions, new culinary technologies or market tours in the Mahane Yehuda Market.

7 unmissable events in Jerusalem this year