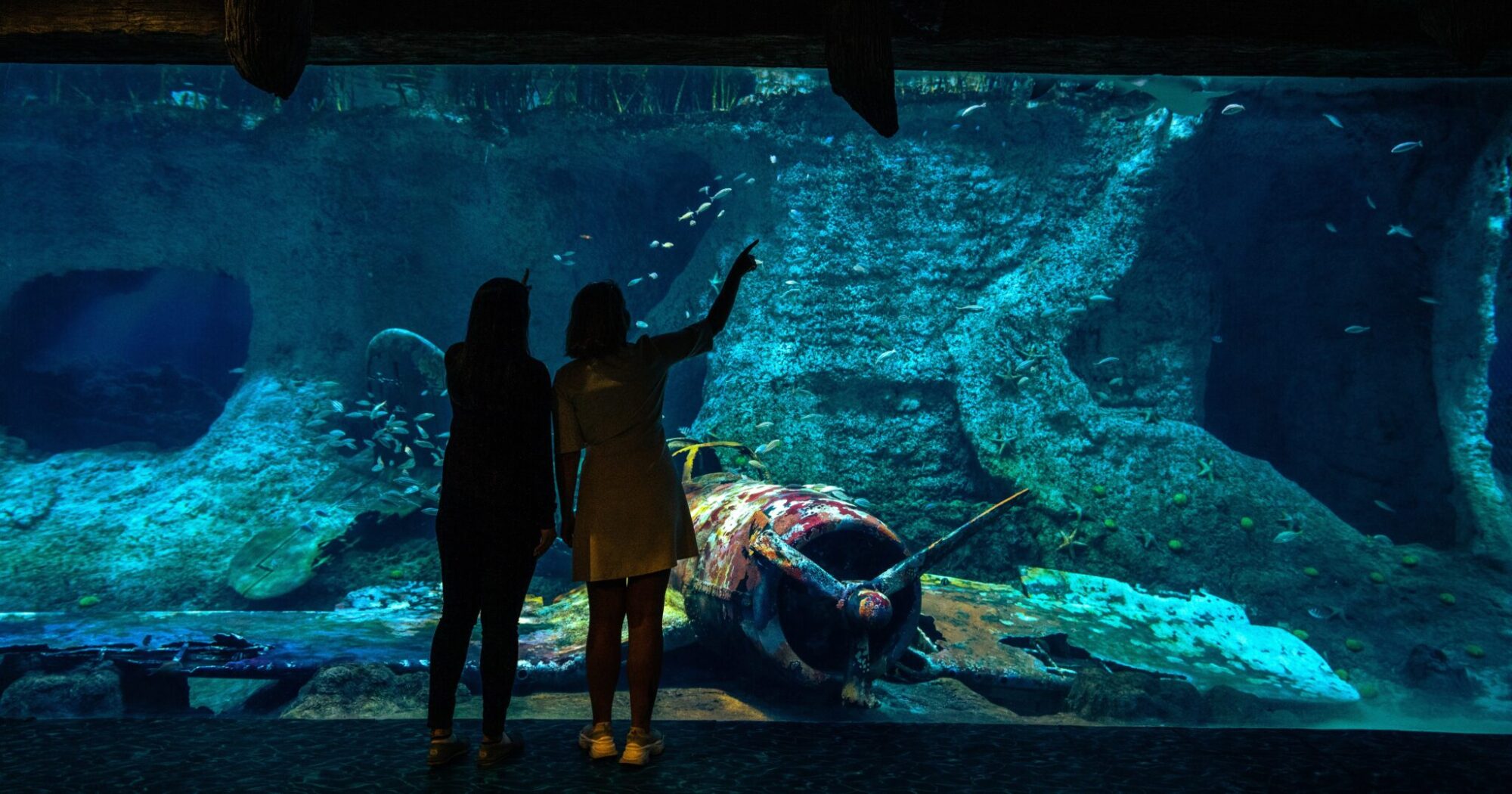 With innovations including video mapping technology and signage guides on your personal device, this attraction is expected to quickly take its place among the worlds best aquariums. Iconic species include the world-famous Super Snake, believed to be the longest reptile on display in the world, along with a large school of Hammerhead sharks and many other hero creatures. The facility includes over 60 exhibits across 10 zones and it is expected to take an average of two hours to complete the journey.

Paul Hamilton, General Manager at The National Aquarium says: “We are absolutely delighted to be opening our doors to the public this 12 November, and be able to showcase our gigantic and diverse array of animals and animal-related activities to visitors from around the world. The Emirates has a unique relationship with the Arabian Gulf, and it is our mission to honor this connection by incorporating the UAE’s history into the project. The National Aquarium has been years in the making and we are especially excited to be opening in the same year as the UAE’s 50th Anniversary.”

In addition to its spectacular biodiversity, The National Aquarium boasts an array of unforgettable experiences. Visitors will be able to fully immerse themselves during their visits, with glass bottom dhow tours and personal animal encounters with sharks, puffins and a variety of other fascinating species. Scuba diving with one of the most diverse collections of sharks and rays on earth is also available.

In July 2020, the National Aquarium signed a five-year partnership with The Environment Agency – Abu Dhabi (EAD), to create the largest and most innovative rehabilitation program of its kind to protect and rehabilitate wildlife in the emirate of Abu Dhabi.

Paul Hamilton continues; “Education, rescue, and rehabilitation are guiding priorities for The National Aquarium. Our entire facility has been designed to provide both children and adults with world-class interactive learning opportunities, to spotlight the vital role our marine environment plays on the wellbeing of all. With the 2020 whale shark rescues and over 250 Sea Turtles already rehabilitated and released back into the Arabian Gulf, The National Aquarium is already holding up its promise to contribute to conservation in the Emirate.