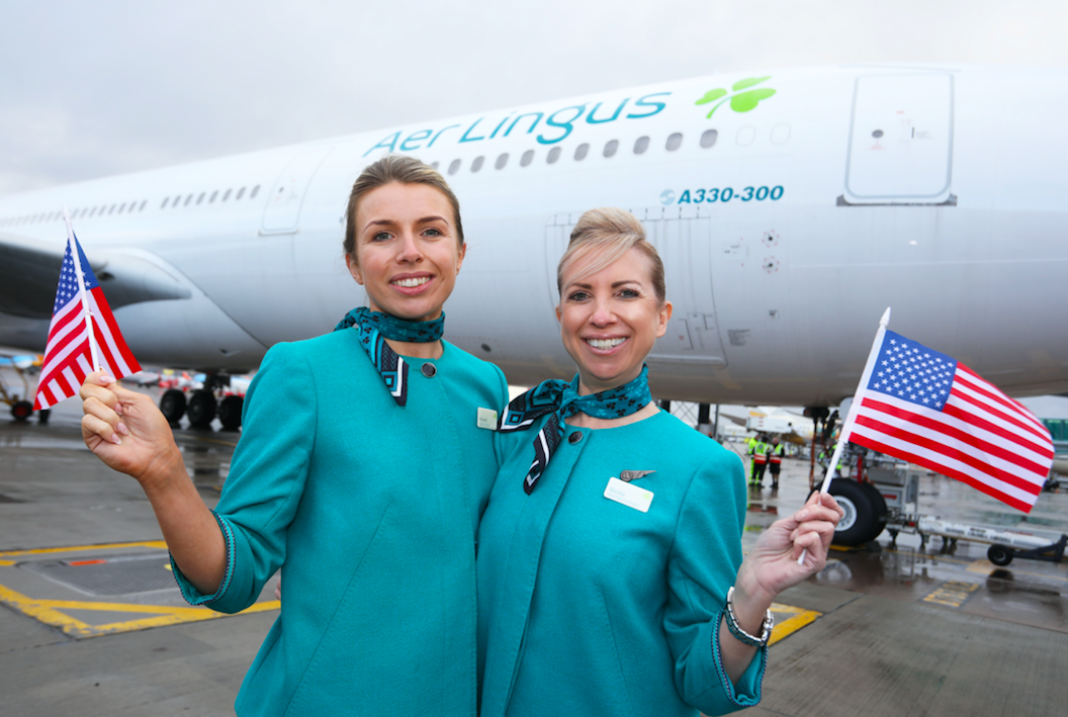 Aer Lingus has celebrated the launch of its very first direct flight from Manchester to New York, JFK. Flight EI45 took off as the airline expands its transatlantic services for customers and marks its first direct flight between the UK and the United States.

The Irish flag-carrier is also gearing up to prepare for the inaugural service from Manchester to Orlando in Florida on December 11. The two new routes are part of ambitious schedule plans for 2022.

Reid Moody, Aer Lingus chief strategy and planning officer, said: “Today marks a very important day for Aer Lingus, as we launch our first flights from the UK to the United States as we recover and expand our transatlantic network. Our New York and Orlando routes follow the launch of our new direct flights to Barbados on October 20th, which will run until April, before returning the following winter.”

Karen Smart, Manchester Airport managing director, said: “It’s incredibly pleasing to see Aer Lingus launch its New York service, which will give passengers more choice when looking to travel to what is one of our most popular destinations.

“The fact Aer Lingus has chosen Manchester Airport as its first UK base for transatlantic flights is a great boost for the region, creating hundreds of jobs in the process.

“Aer Lingus’ transatlantic routes will no doubt be hugely popular with the 22 million people that live in our catchment area, especially now the US has opened up to British travellers.”