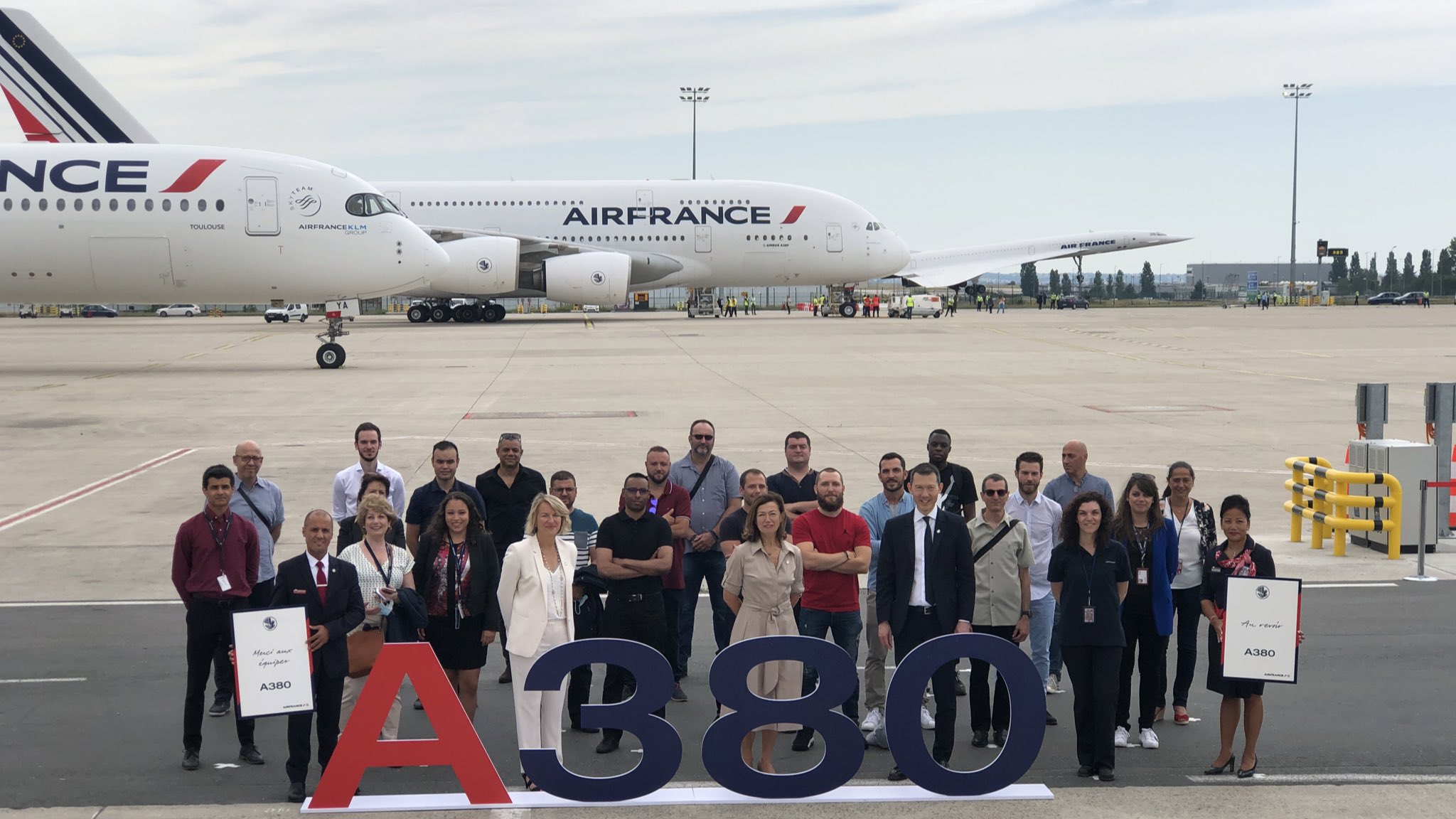 For Air France the Airbus A380 never arrived with a real splash, Lufthansa supplying the cabin staff when the aircraft was certificated with a media flight out of Toulouse and then a quiet introduction on selected routes including CDG to Heathrow for crew experience writes Malcolm Ginsberg of BTNews.

The departure of the aircraft from the airline’s fleet was also low key last Friday (25 June).

Chosen for the final goodbye was F-HPJH, an A380 delivered to Air France just eight years ago in May 2012. The full aircraft carried airline staff, some VIPs and a few media. It soared across France and back to Paris Charles de Gaulle airport, spending about 2hrs 20mins in the air.

Over the course of the 11 years the airline flew the A380, it operated a total of 10, serving 16 destinations. During the course of its lifetime, the A380 serviced more than 40,000 flights for Air France and carried almost 18m passengers.