AirAsia has announced that its board of directors has unanimously approved senior leadership changes, in line with the AirAsia Group’s new digitalisation strategy.

Aireen Omar (below with Riad Asmat), the current chief executive officer of AirAsia Berhad, will be promoted to deputy group CEO for Digital, Transformation and Corporate Services. Aireen’s appointment signals AirAsia’s determination to successfully transform itself from an aviation company into a digital corporation. This appointment underlines as well the fact that AirAsia is restructuring its priorities to optimally maximise the enormous potential of the Fourth Industrial Revolution. 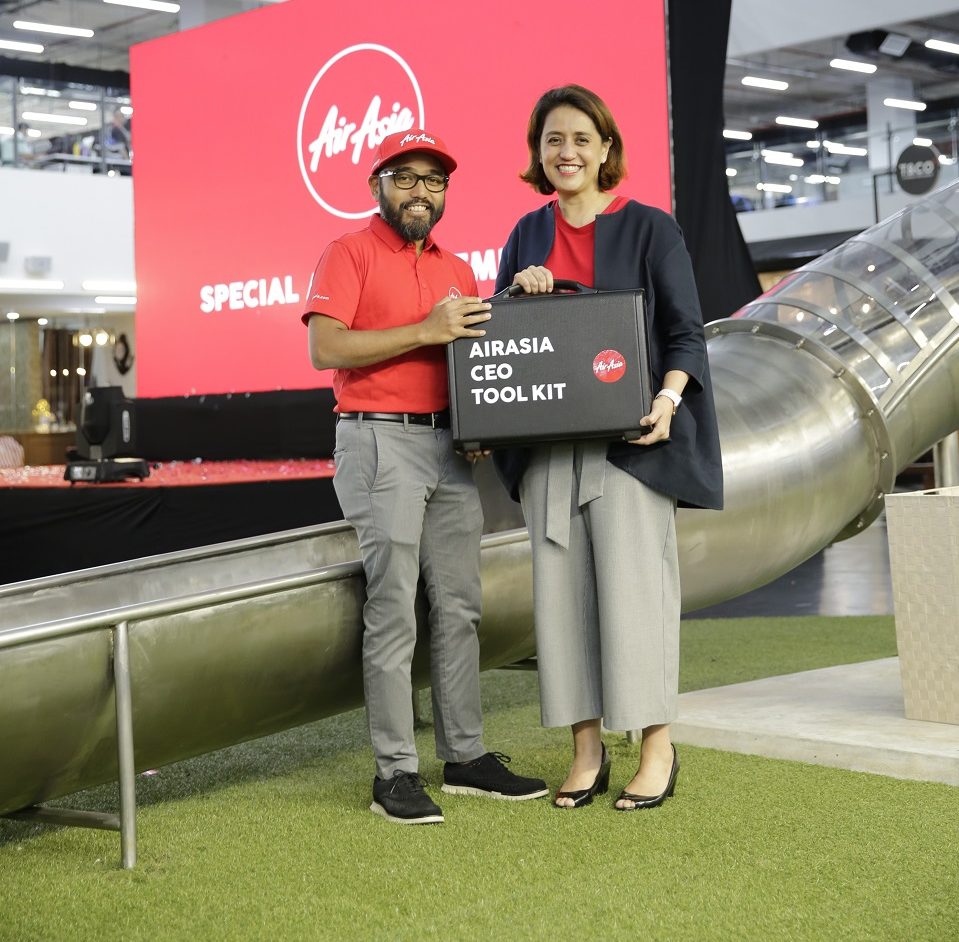 Riad Asmat has been named as the new CEO of AirAsia Berhad, and will assume his post effectively on January 10, 2018.

Tan Sri Tony Fernandes (below), AirAsia Group CEO said “On behalf of the board members and AirAsia Allstars, we welcome the appointment of Riad as the CEO of AirAsia Berhad. We are fully confident that Riad will lead the company into the next phase of its development. Riad’s appointment and Aireen’s transition will provide support for continued success”.

In addition, the airline also announced the appointment of Rozman Omar, current deputy group CEO for Strategy and MNA, as the executive director of AirAsia International Limited (AAIL), which is a holding company of all AirAsia group investments in its overseas joint ventures.

Tan Sri Tony Fernandes, AirAsia group CEO said “I am very proud to announce the leadership changes. The new appointments brings focus to both our core airline business as well as our digital growth businesses. Having Bo Lingam lead the airline business, brings continued strength to our operations, serving close to 70 million guests per year. And with Aireen driving on our non-airline and digital businesses, it brings focus on disruptive growth for our new businesses. With her insights into the industry gained over the past many years, her ability to discover new ways and many successes on her resume, Aireen is the perfect person to lead our digitalisation plan”.

“I am also pleased to announce the promotion of Captain Adrian Jenkins as chief operations officer. With his vast experience across flight operations and various geographies, he will bring operational efficiency to a whole new level across the group. He is a great example of internal talent development and has grown with the company to take on this very critical role”.

“Rozman on the other hand will play a critical role in AirAsia International Limited. His primary role is to consolidate the company’s Asean units in Malaysia, Thailand, the Philippines and Indonesia together under one listed holding company, namely One AirAsia. The dream of AirAsia Group and an Asean holding company is getting shape. With the appointment of Rozman Omar as executive director of AAIL will give focus to the above. AAIL is where our airline investments sit. Rozman will drive the formation of AirAsia Group and the link for AirAsia X to AirAsia Group and take on the impending IPO of Indonesia and Philippines. He will also be in charge of MNA activity,” he added.