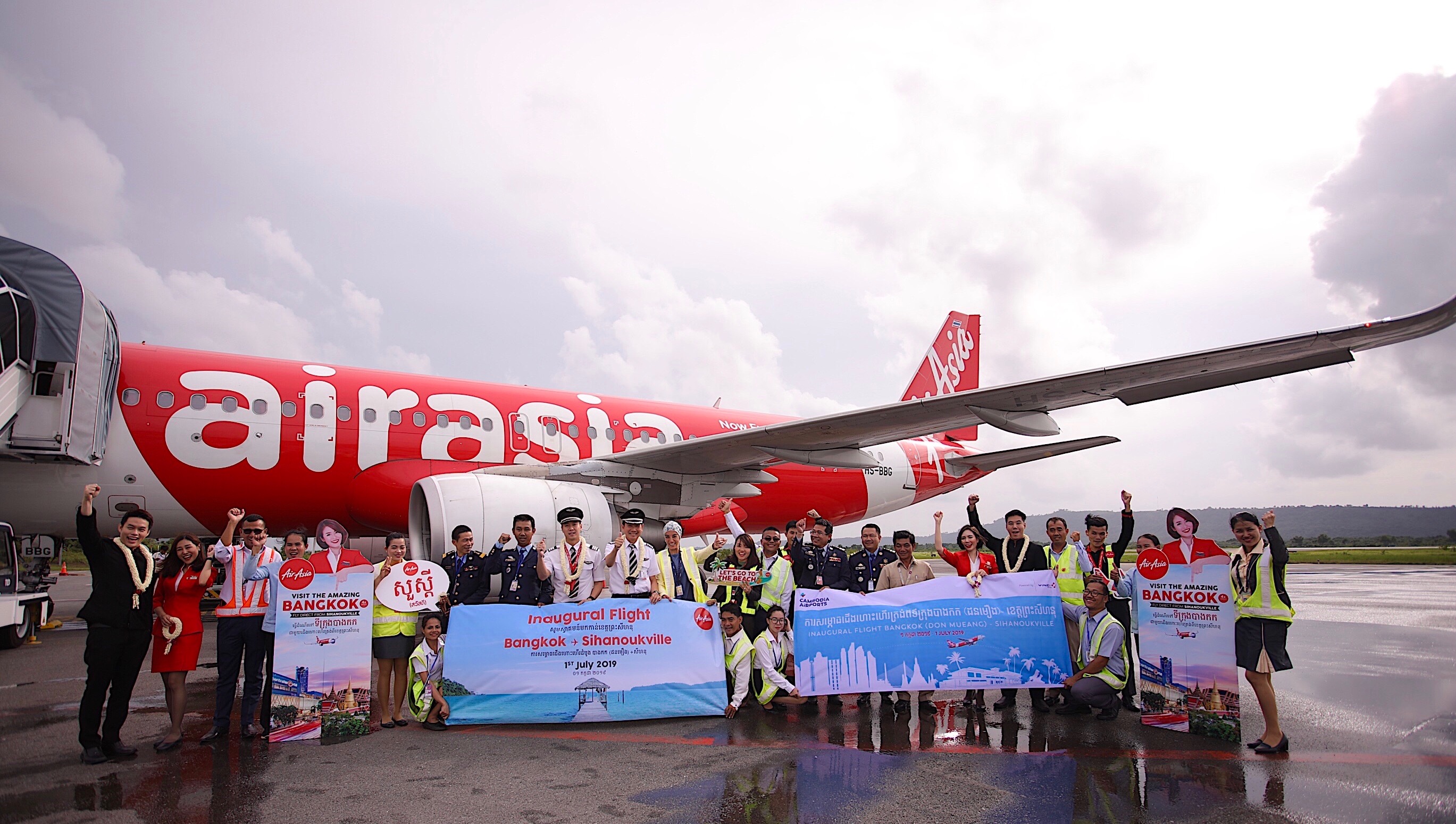 AirAsia held a welcoming ceremony for the inaugural flight of its Bangkok (Don Mueang) – Sihanoukville, Cambodia route now operating four times a week (Monday, Wednesday, Friday, Sunday) with the event well received both by travellers and representatives of Sihanoukville Airport and local agencies.

Sihanoukville has seen rapid growth in its hospitality and tourism sector with its location on Cambodia’s southwest coastline. The city’s peaceful and pure beaches regularly attract holidaymakers from both Asia and Europe while its modern deep sea port has also brought it considerable economic expansion.