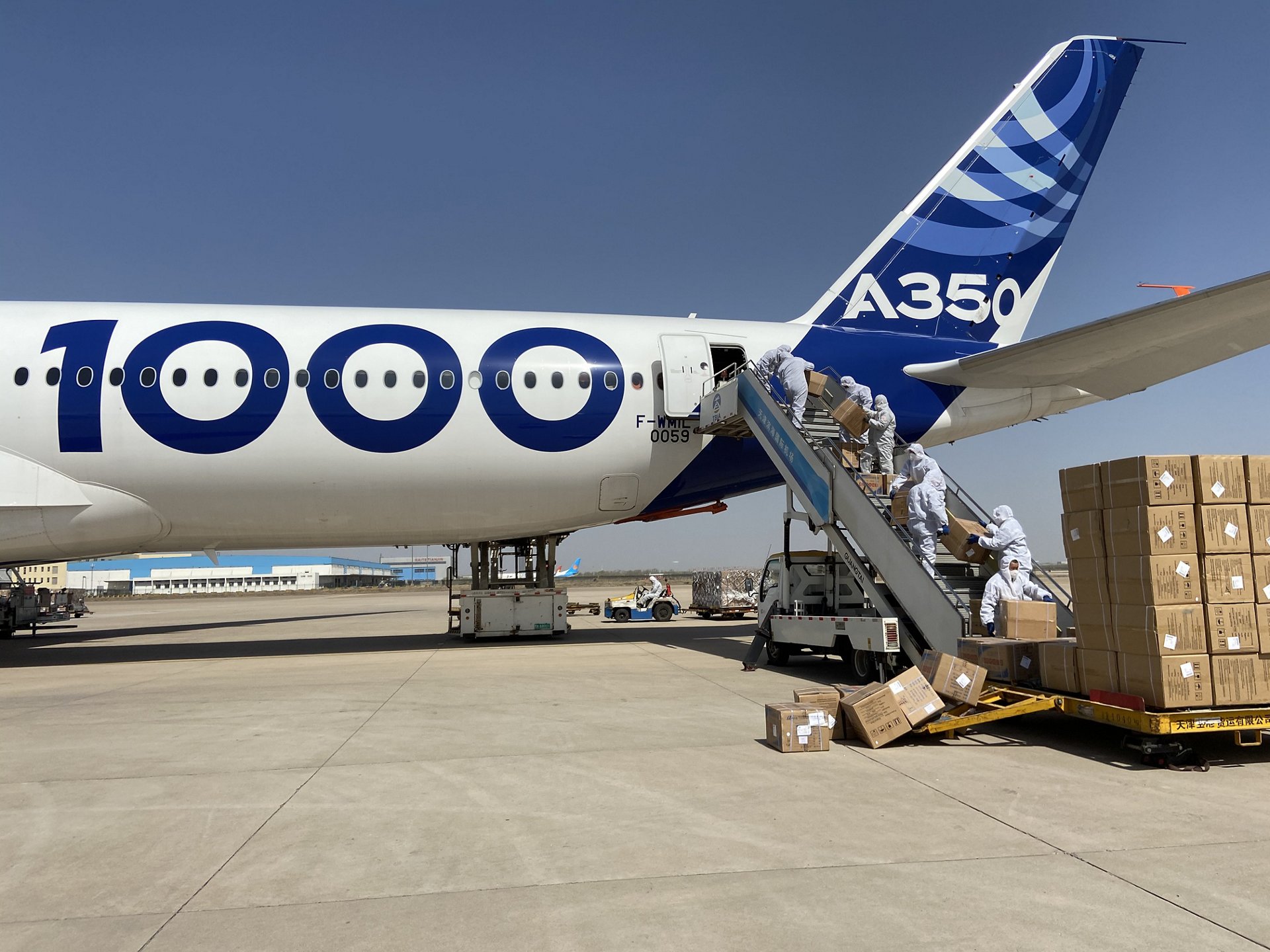 Airbus continues to purchase and supply millions of face masks from China, the large majority of which will be donated to governments of the Airbus home countries, namely France, Germany, Spain and the UK.

An Airbus flight test crew has just completed its latest mission with an A350-1000 test aircraft. This is the third of such missions between Europe and China. The aircraft returned to France with a cargo of four million face masks on 5 April.

Since mid-March, the previous two missions were performed by and A330-800, and A330 Multi-Role Tanker Transport (MRTT). It also deployed an A400M and its Beluga fleet to transport shipments of masks between its European sites, in France, Germany, the UK and Spain. The company will continue to support the fight against the Coronavirus pandemic wherever possible.

“I would like to pay tribute to all the Airbus teams, globally, supporting the fight against COVID-19. They’re living our values in assisting those who are saving lives every day,” said Guillaume Faury, CEO of Airbus.