All I want for Christmas is Bowie: Reminisce with an NYC Tour of his favourite places 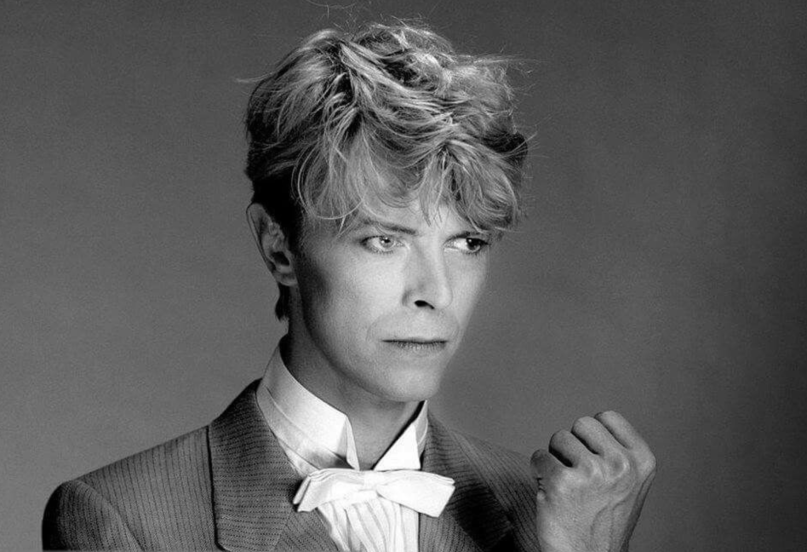 While “All I want for Christmas is you” is topping the charts this season with over 11 million stream requests, there is a legendary musician we ought not to miss.

He may have been born and bred in Brixton, but David Bowie was a fully-fledged New Yorker for over 20 years, settling into a penthouse apartment in SoHo and living a life shrouded by what John Guare called his “cloak of invisibility”.

To celebrate the life of one of the greatest musicians to have ever lived– and commemorate the anniversary of his death on 10th January– The Holiday Place have put together a guide to the city of all the places that David Bowie loved, and that really truly embody the spirit of the man who fell to earth.

“Greatest music icons of all time”

Sergio Garcia, head of marketing at The Holiday Place said: “David Bowie is one of the greatest music icons of all time. New York was an important destination for the star and we are delighted to be able to offer his fans a glimpse into the vibrant city he called home.”

The Holiday Place offers luxury holidays to locations around the world, catering for families, solo travellers, couples, honeymoons and more. So, as the anniversary of Bowie’s birthday and death day draws closer, they’ve rounded up some of the best places to visit in NYC to commemorate him.

Bowie lived at 285 Lafayette Street. Just a stone’s throw from so many of his favourite spots– including Washington Square Park– was the place Bowie called his home and the place where thousands of fans gathered to leave flowers when he died. Having bought two buildings in 1999 for USD 4 million, Bowie converted these into a Penthouse apartment, and it is believed that he died here in January 2016.

An Italian café and grocery store just minutes from his apartment, it’s no wonder Bowie found himself here so much. Walk in Bowie’s shoes while you’re here and order the prosciutto di Parma sandwich, a cappuccino, and a bomboloni. According to the restaurant’s owner, Danilo Durante, these were his favourite.

This tiny little takeout shop serves gourmet soups, salads, sandwiches, coffees and breakfast – and once upon a time, it served David Bowie too. Apparently, a chicken sandwich with watercress and tomatoes was his favourite, hope you’re hungry.

Acting and performance are as much a part of David Bowie’s personalities as music was, and he acted in some classic films such as The Man Who Fell to Earth, Just a Gigolo, Merry Christmas, Mr. Lawrence, and, perhaps most famously, Labyrinth. It wasn’t just feature films he was interested in, however, which those working at the NY Theatre Workshop knew all too well. He was also a keen writer of stage productions, and co-wrote Lazarus, a sequel to The Man Who Fell to Earth which previewed in November 2015, and ran at the NY Theatre Workshop until 20 January 2016.

Another coffee shop, this one first opened its doors in 1927, and was a favourite spot for Bowie to enjoy a quiet book and a coffee. He once told The Miami Herald that “it’s so easy to be a person (in New York)”, so it’s not surprising he took full use of this to enjoy a classic coffee and get away from the outside world. 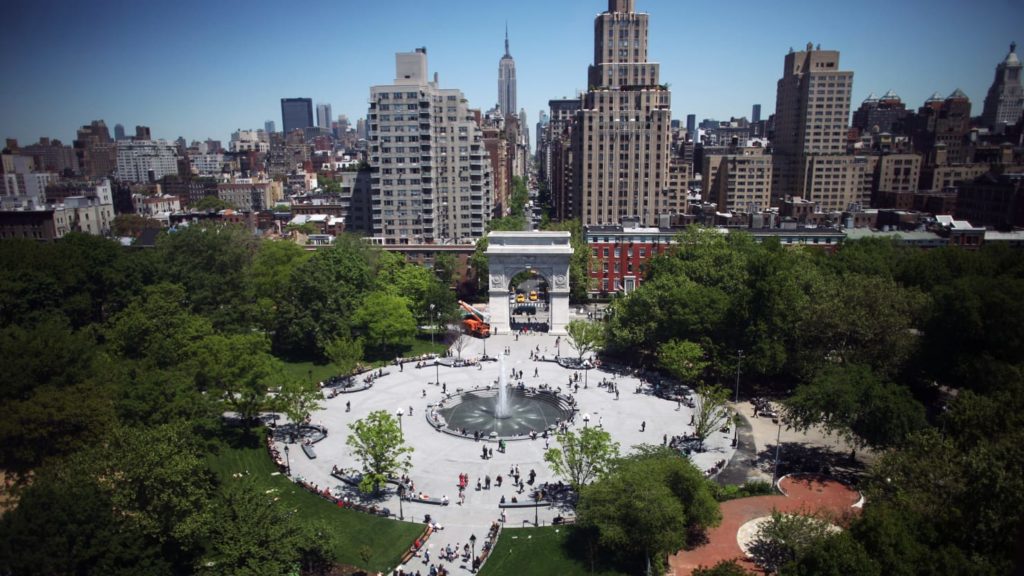 Perhaps Bowie’s favourite place in the city, he wrote in a 2003 essay for New York magazine that “it’s the emotional history of New York in a quick walk”. Indeed, surrounded by trees, with a magnificent fountain in the middle, a dog park, and an archway commemorating America’s first president, you can see why this was a beloved spot, just half a mile from his SoHo apartment.

As Bowie himself said, it’s a place where people from all walks of life mingle and co-exist, perfectly matching the ethos and attitude he intended to put out into the world.

Like so much of Bowie’s life and loves, the Strand bookstore was not a regular bookshop: it specialised in new, used, rare, and out of print books, ranging in anything from philosophy to finance. As Bowie said, when book shopping “it’s impossible to find the book you want, but you always find the book you didn’t know you wanted”.

The epicentre of the city’s 1960s counterculture movement, and once the heart of NYC’s bohemian creativity, Greenwich Village and David Bowie fit together like two puzzle pieces. Bowie is “an icon of weirdness” and Greenwich Village is “important culturally, a place in New York for people coming together. A place to be weird”.

The Village is also the site of Electric Lady Studios, where Bowie recorded is first US number one: “Fame”.

Bowie first performed in NYC in 1972, but it was his performance at the Concert for New York in Madison Square Garden that is one of his most memorable, and more moving. The performance was in remembrance of the September 11 attack in 2001 that shook the entire country– and the world– to its core, and he sang his immortal, and emotional, hit song “Heroes”.

Another notable stop along the way is Booth Theatre, where Bowie put on a truly breath-taking performance as the Elephant Man in 1980. The reviews were spectacular, and John Corry wrote of the performance that, “yes, [more young people] probably show up because Mr. Bowie is a celebrated rock star…fortunately he is a good deal more than that, and as John Merrick, the Elephant Man, he is splendid”.

The opening night of Bowie’s first US Ziggy Stardust Tour was also his debut at Carnegie Hall in 1972, one of the most important nights of his career– in order to succeed in the US, he had to succeed in New York, and for that, he had to succeed at Carnegie Hall. The show opened with Bowie, in clockwork orange hair, coming onstage “amid flashing strobe lights, to the Mooged up strains for Beethoven’s Ninth”. And the rest, as they say, is history.

Not content with mastering the music world, and then the acting world, Bowie was also famously a massive lover of the art world– even turning to a canvas himself and testing his own skills with paint and a brush. He once told Michael Kimmelman in 1998 that “art was, seriously, the only thing [he’d] ever wanted to own. It had always been for [him] a stable nourishment…it can change the way that [he] feel[s] in the mornings”.

While Bowie’s own artwork isn’t on display, you can walk in his footsteps and admire the same paintings and artists he himself admired at the Metropolitan Museum of Art.

A weekend with Bowie

Make your base camp at the Iberostar in the middle of Manhattan – right at the heart of the city he loved. It is available to book with The Holiday Place for a Bowie-inspired break.

The Iberostar offers guests luxurious guest rooms and superior amenities including a 24-hour fitness centre at the hotel and casual yet refined gastronomy nearby at The Great Northern Food Court.

One of the property’s main features is the location as it is positioned in a central hub of landmarks, just a few blocks from the Empire State Bundling, Grand Central Station, Times Square and many other must-see sights, Iberostar 70 Park Avenue also offers amazing views of Manhattan’s Murray Hill neighbourhood.