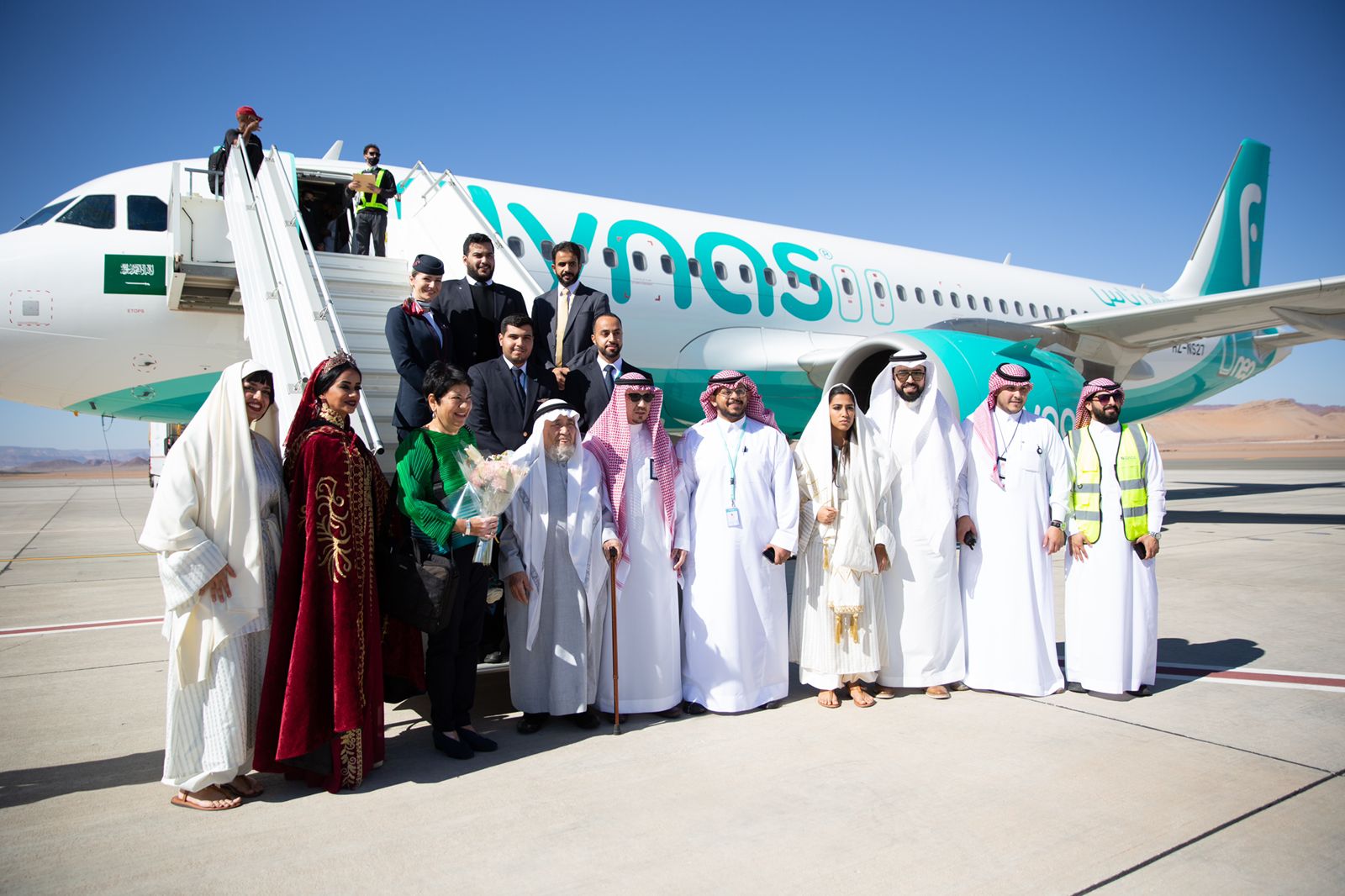 The aircraft was welcomed at AlUla International Airport with a traditional water cannon salute and a Nabataean cultural performance in the presence of airport officials and media. Director at AlUla International Airport, Abdulwahab Bokhari, received the delegation along with government officials and representatives from RCU and flynas, while artists and traditional music performers welcomed the rest of the passengers with flowers and refreshments.

The Arabian desert city has long been an international crossroads of civilisations. The new international flights open the region up further to visitors keen to explore the boutique heritage and cultural destination. Coined ‘the world’s largest living museum’ AlUla is one of the oldest cities in the Arabian Peninsula and home to Hegra; a UNESCO World Heritage Site. The city has some of the most well-preserved ancient antiquities that dates back for many thousands of years.

AlUla has made headlines around the world in recent months with the visionary masterplan ‘Journey Through Time’ launched by His Royal Highness the Crown Prince Mohammed bin Salman, Chairman of the Royal Commission for AlUla. The ‘Journey Through Time’ plan details the visionary development of a sustainable and authentic visitor destination that will welcome 2 million visitors annually by 2035. The three-weekly Dubai-AlUla route is timed to coincide with the winter event season which is well underway in Saudi Arabia. AlUla has announced the return of Winter at Tantora (WAT) among three other distinct festivals under the banner of AlUla Moments.