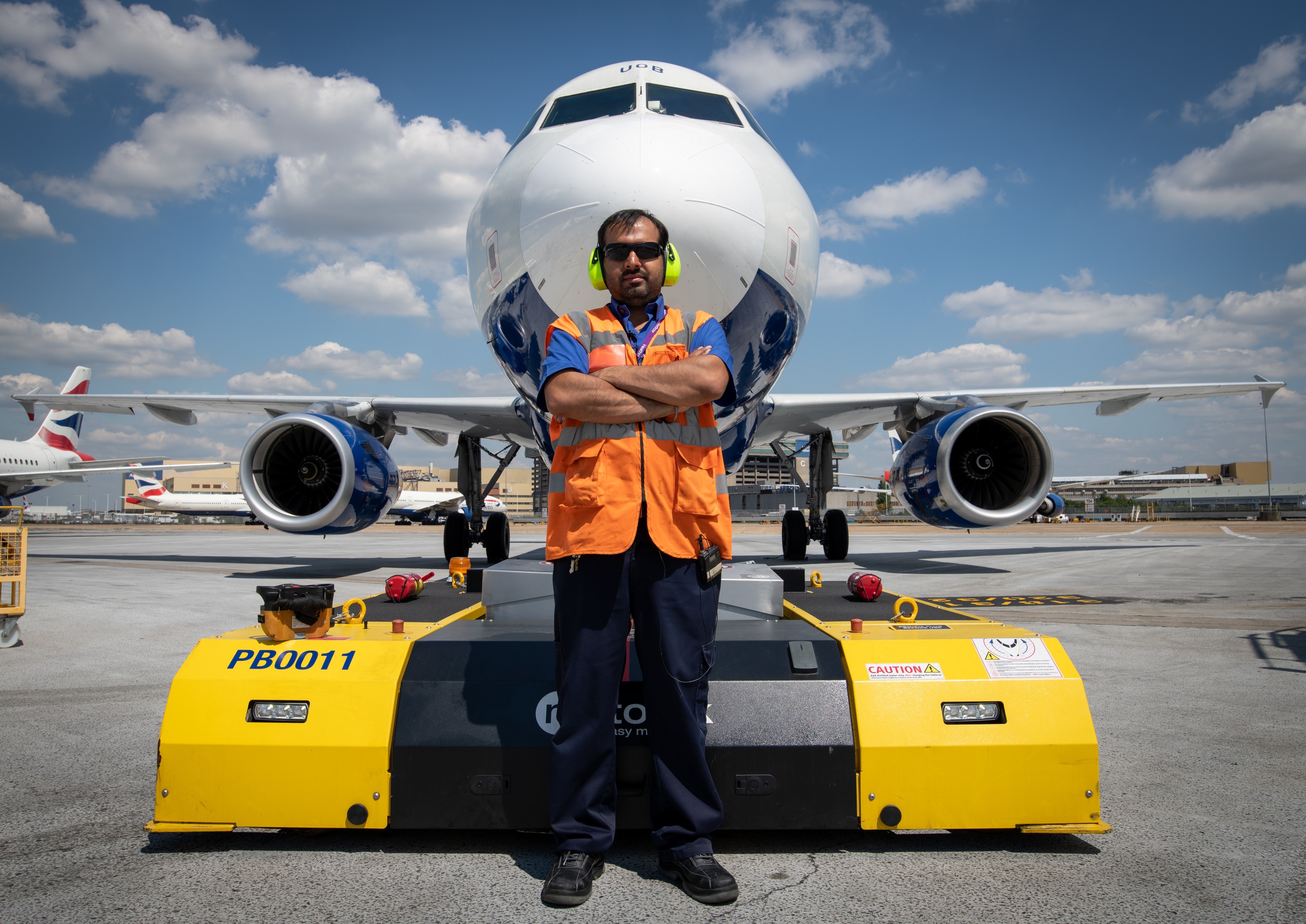 British Airways celebrated its 100,000th aircraft pushback using the airline’s fully-electric, remote-controlled Mototok devices, which have been used to swiftly manoeuvre the airline’s 140-strong short-haul fleet out to the runway for take-off for the last two years.

It is the first and only airline to use the eco-friendly, emissions-free Mototok tugs, which replace traditional diesel tugs and are part of the British Airways’ wider environmental commitment to run an emissions-free airside operation.

The airline’s team of highly skilled pushback operators use a remote-control to move the Mototok Spacer 8600. They wear a wireless headset to keep in direct contact with the pilots on board the aircraft while it is pushed out to the runway.

The devices move planes with exacting precision and British Airways now has 25 in use at Heathrow, with a vehicle ready to go on each one of its short-haul aircraft stands at Terminal 5. Previously, the airline used diesel tugs to push its smallest aircraft back, but these were shared between stands and could slow down the departure process.

“At the forefront of airport innovation.”

Mandeep Johal who pushed back the 100,000th flight out to the taxiway, says he still finds it exciting to use the new technology. “This little device has become really important in helping us make sure that our customers get away on their holidays on time and safely,” he said.

Tom Stevens, head of airports operations at British Airways said: “We’ve hit this momentous Mototok milestone now. British Airways is at the forefront of airport innovation, from the self-service and biometric technology our customers use to quickly board flights, to these automatic pushback vehicles, and our commitment to enhancing and streamlining the customer experience through technology will only increase.”