Cathay Pacific has welcomed the newest member to its fleet, the first of its twenty Airbus A350-1000 aircraft. Take a look at what it takes to build one of the world’s newest long-range widebody airliner.

On 17 December 1903, in North Carolina, brothers Orville and Wilbur Wright made the first successful flight in history and changed the world as we knew it. Today, we’ve truly come a long way as we seek the most advanced, the most efficient, and the most comfortable passenger aircraft. 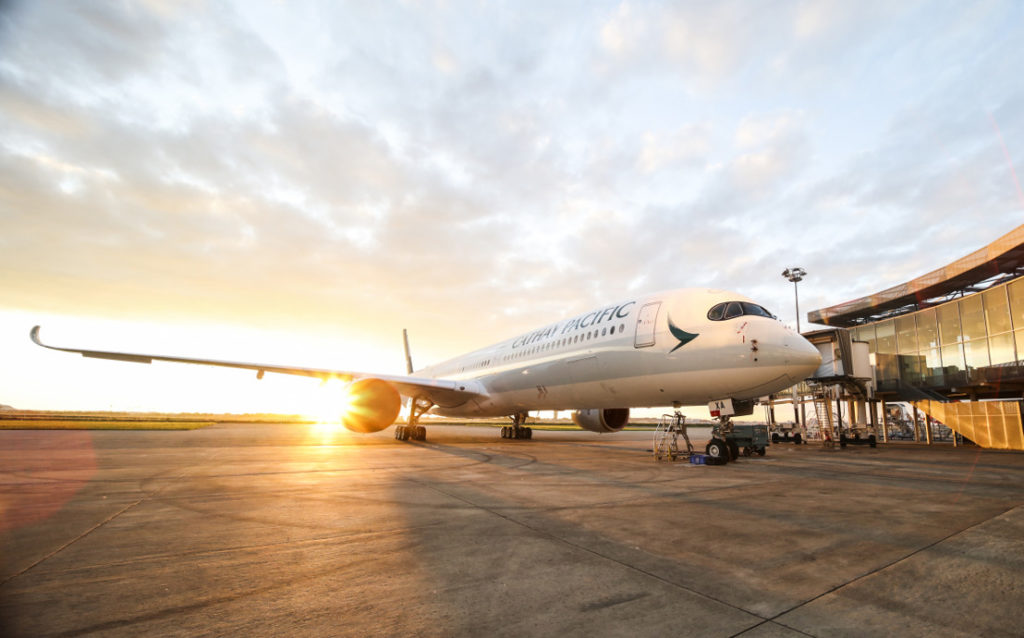 The A350-100 is Cathay Pacific’s newest addition to its ever-growing fleet. Eight of these will be delivered this year, while the remainder is set to arrive by 2021. On 1 July 2018, the new airliner will start its first commercial flight to Taipei, and on 15 September in Washington DC. It will also introduce services to Madrid, Tel Aviv, Amsterdam, Manchester and Zurich in the coming winter.

Paul Loo, chief customer and commercial officer at Cathay Pacific, said: “We already have one of the youngest long-haul fleets in the sky and with the arrival of the A350-1000, our fleet is only going to get younger.”

The A350-1000 aircraft is powered by Rolls-Royce Trent XWB-97 engines. It’s the largest variant in the A350 family, which could carry a total of 334 passengers across its business, premium economy and economy class cabins – 54 more passengers than the airline’s A350-900s. In addition, the widebody airliner provides a higher cabin pressure, which supplies more oxygen to reduce passenger fatigue and improve their well-being.

Loo added: “The aircraft follows the successful entry of the -900 variant which has enabled us to expand our long-haul network at a near-unprecedented rate, providing our customers with a wider range of non-stop travel choices, while at the same time strengthening Hong Kong’s position as Asia’s largest international aviation hub.”

“The aircraft brings major advantages in fuel and cost efficiency”

Eric Schulz, the chief commercial officer at Airbus, commented on the delivery of the aircraft: “We are proud to deliver the A350-1000 to our long-standing customer Cathay Pacific. The aircraft brings major advantages in fuel and cost efficiency along with unrivalled passenger comfort.

“The combination of the world’s newest wide-body and Cathay Pacific’s world-famous in-flight service will ensure that the airline can strengthen its position even further as one of the world’s leading international carriers.”