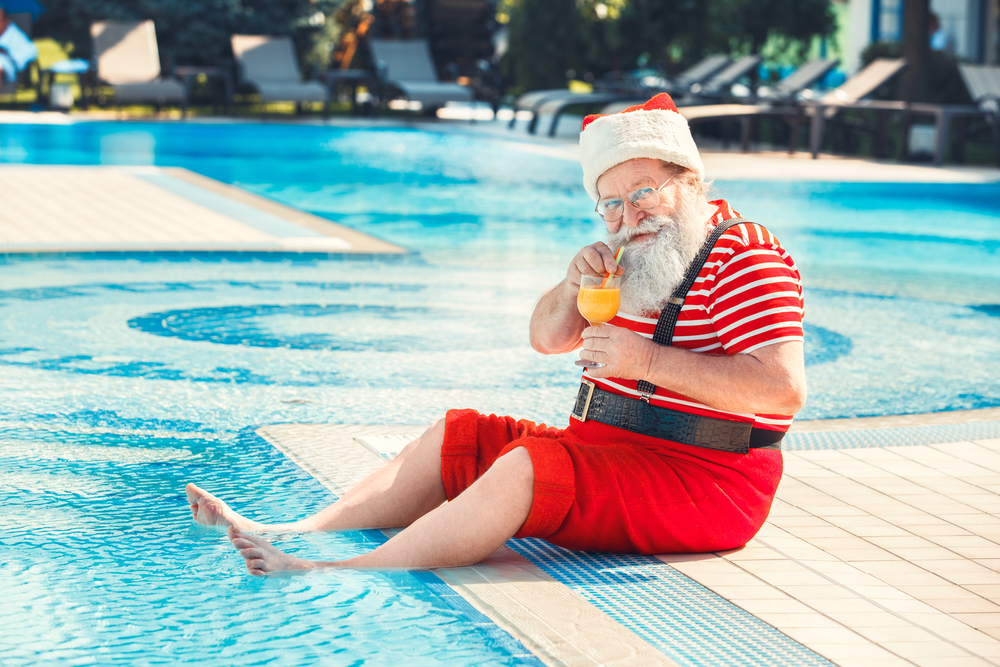 Cheap flights and last-minute deals provider CheapOair knows that Santa Claus just had a big night spreading joy on Christmas eve and has great advice for the holiday icon.

After a night of spreading joy to boys and girls across the world, Santa Claus will deserve a little rest and relaxation.

According to CheapOair’s data, while Santa doesn’t experience time the way most people do, he follows a loose path starting with the Pacific Ocean in the southern hemisphere and making his way west toward North America. This would make several Caribbean islands such as Saint Martin, Grand Cayman, Turks & Caicos, and Antigua the perfect spots for Kris Kringle to soak in some post-sleigh sun.

“Santa has a heavy load of toys for the children, has to climb down millions of chimneys, and will probably be half-frozen flying over at such a high altitude. It only makes sense that he would seek out a little bit of tropical getaway for himself and Mrs Claus,” said Tom Spagnola, senior vice president of supplier relations at Fareportal.

“I would expect him to take off his Santa suit, throw on some candy cane boardshorts, and see him lying on the beach with sand between his toes and a summer drink in his hand,” added Spagnola.

CheapOair’s mission is to educate and aid consumers and travel professionals in both planning their travel accommodations and staying current on the most popular destinations.

CheapOair’s new “60-day view of when prices are cheapest”