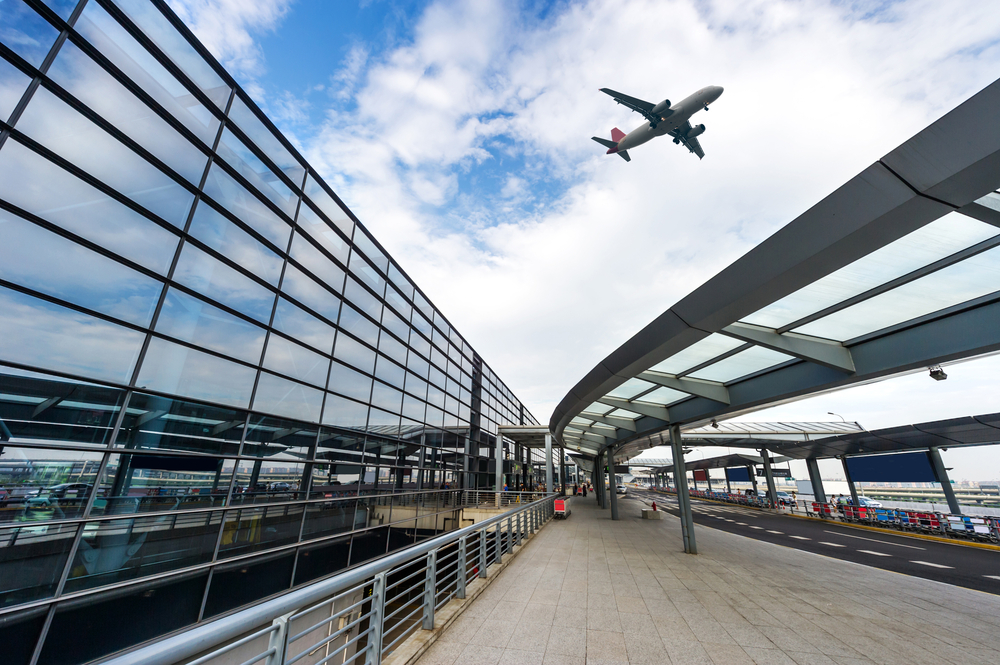 Domestic airline capacity in China is beginning to recover, with over 30% of its domestic capacity returning in the last two months, according to a new analysis from Cirium.

Data from the travel and analytics company shows that domestic capacity has recovered from a peak year-on-year drop of 71% on 24 February to down just 33% on 22 April.

As many countries in Asia have passed what is hoped to be the peak of the pandemic, Cirium’s data shows trends of increased air travel capacity for the region, with intra-Asia capacity improving by 10% between 14 April and 22 April.

Global regions still under lockdown—including the US and Europe—are yet to show signs of recovery, however, Cirium analysis indicates a plateau is starting to emerge in airline capacity worldwide. 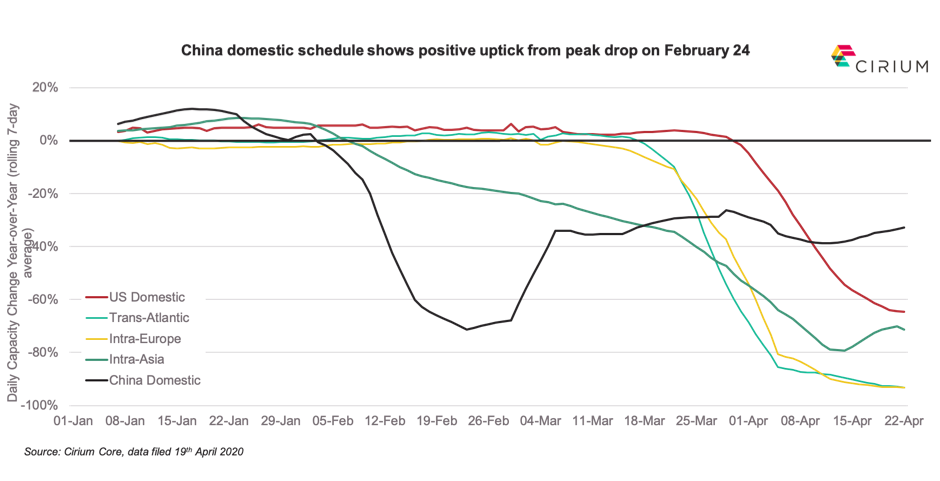 The COVID-19 crisis has seen a dramatic reduction in the amount of airline capacity scheduled globally. Analysis of Cirium’s schedule data indicates that global airline capacity is expected to drop by 75% by the end of April 2020, compared with the same period last year.

Given the global capacity plunge, Cirium data shows that around 16,800 passenger aircraft, including regional jets, parked around the world on April 22, 2020. This is the equivalent of almost two-thirds of the entire global fleet – made up of around 26,300 passenger jets. 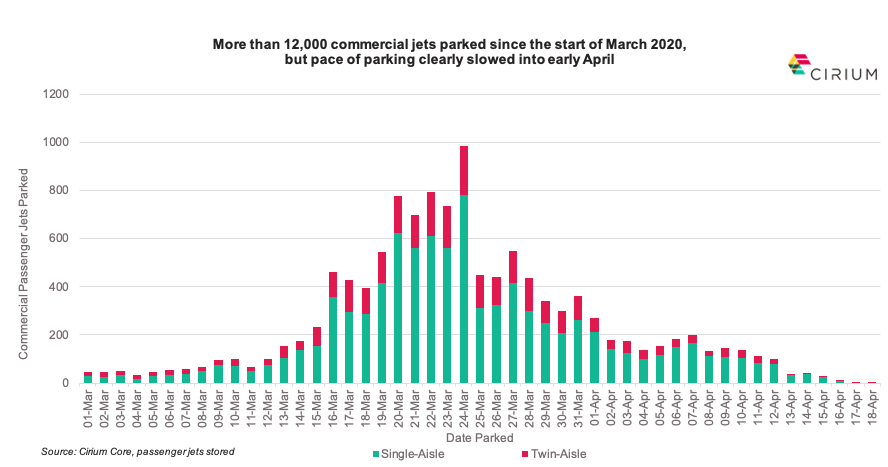 The reverse trend has been observed in China, which accounted for 40% of the 1,000 passenger aircraft that returned to service over the same period, as restrictions on air travel are gradually lifted in the country.

For the remaining 9,600 aircraft in-service globally, a total of 4,076 single-aisle aircraft were tracked on 17 April compared with 13,929 on 3 January. Twin-aisle jets similarly reduced from 3,993 to just 599 over the same period.

In Europe, 268 single-aisle aircraft were tracked on 19 April compared with 3,412 on 3 January, with twin-aisle jets dropping from 895 to just 89 over the same period.

Across the Atlantic, a total of 1,340 single-aisle aircraft were tracked in North America on 19 April, compared with 3,417 on 3 January, as single-aisle jet usage continues to drop. Tracked twin-aisle aircraft have reduced from 468 to just 91 over the same period, but the reduction in wide-body jets now appears to have stabilized.

The Asia-Pacific fleet witnessed a more sudden decline, with 424 single-aisle aircraft tracked on 19 April in contrast to 2,489 on 3 January. Meanwhile, tracked twin-aisle jets decreased from 1,222 to 201 over this period.

Get ahead of flight disruption with new tool

“The centre of gravity in the aviation industry is shifting”: 40% of new…