Not for the faint of heart, a Turkish architectural firm has proposed a hotel built into a Norwegian cliff featuring a swimming pool with views below.

Turkish design studio Hayri Atak Architectural Design Studio has released its proposal for the ‘Cliff Concept Boutique Hotel’ in Southern Norway, to be situated atop a 1,982-foot cliff. The rock on which the hotel was designed is a popular tourist attraction in Norway. It is called the Pulpit Rock, a fjord that could terrify most, something for those who want to be ‘living on the edge’ quite literally.

The pool of the hotel is located at the lower level, featuring a clear-bottomed floor, providing breathtaking views and a once-in-a-lifetime experience for those who would dare to swim over the scenery below. The hotel’s design will have a protruding balcony at each level, with three levels built as guest quarters. 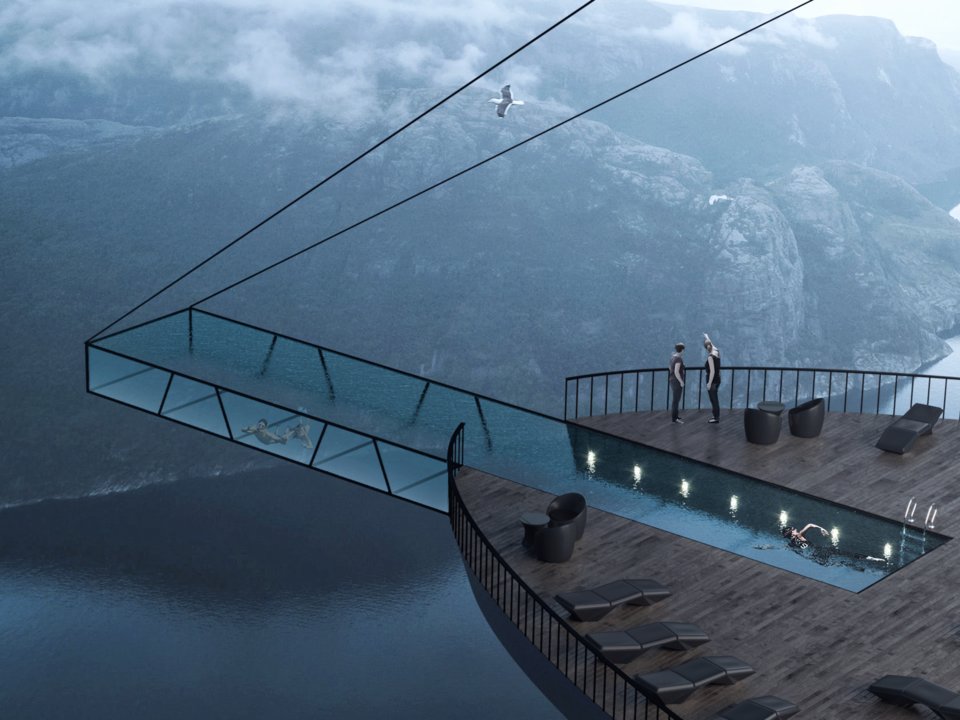 Just recently, we’ve reported the design for a London hotel with a 360-degree rooftop pool and now we’re looking at a more imaginative and daring concept. Though the hotel is yet to become a reality, we’re looking forward to the exciting times ahead in terms of hotel design and pushing the boundaries.

Don’t add this one to your bucket list yet, because as for now, we can only imagine.