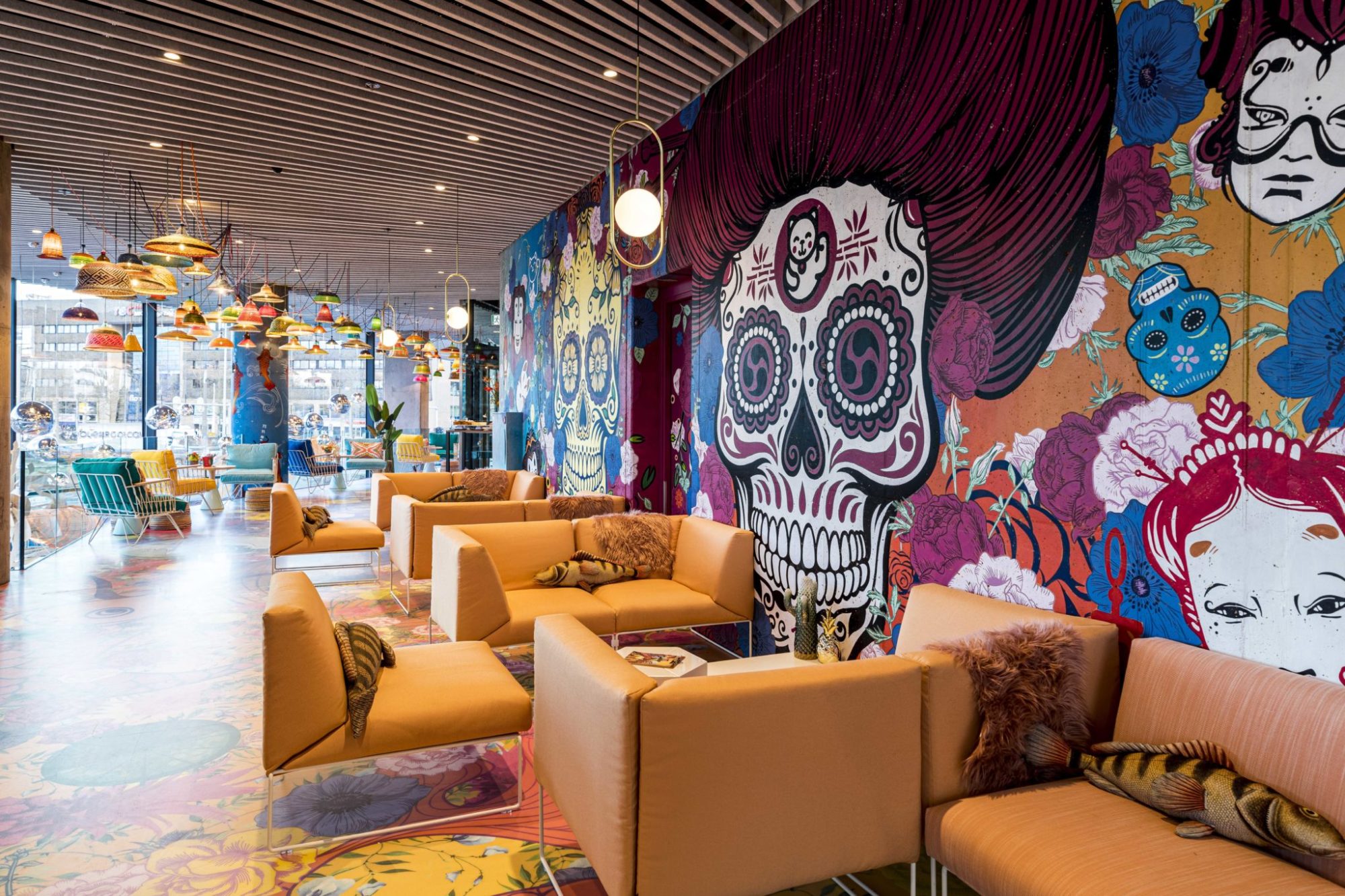 The first nhow hotel in Amsterdam has opened its doors, with cultural influences from around the world on display throughout its 24 storeys. A vibrant mix of colours, lights and patterns come together with international symbols such as the mandalas of India, skulls of Mexico and the cherry blossoms of Japan to create an exciting and striking cultural fusion.

The newly-built, 650-room nhow Amsterdam RAI takes its place as the largest hotel in the Benelux market. The hotel was designed by Reinier de Graaf, an architect from the OMA Studio, founded by Rem Koolhaas. 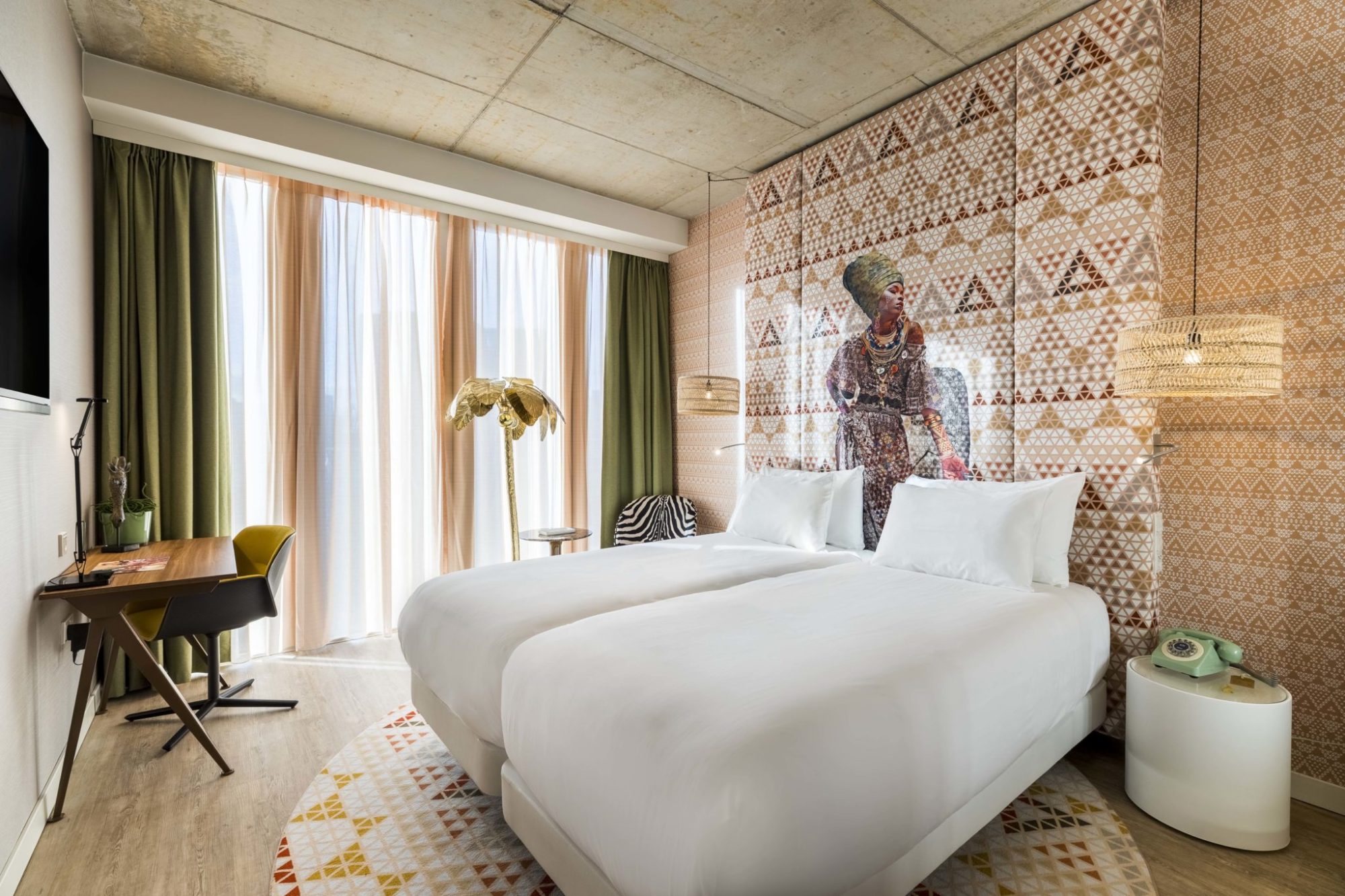 It is made up of three overlapping triangles pointing in different directions, symbolising the multicultural backdrop that characterises the past, present and future of the city of Amsterdam.

Its location, beside the RAI Amsterdam Convention Centre and just a ten-minute walk from the city centre, it an ideal destination for business travellers. Hermann Spatt, general manager of nhow Amsterdam RAI said: “At nhow, we believe a hotel should be an active part of the city; a crossroads for people, ideas, art, good food and cultural adventures.”