The crew of Windstar’s Wind Surf motorised sailing ship, which is considered to be the largest commercial sailing ship on the planet, is engaging with students on a seven-week program as the ship sails on its 56-day Grand Caribbean voyage. Wind Surf holds nearly 350 guests and has more than 200 crew members. The crew will share how they prepare for and embark on a multi-week expedition, as well as how they interact with local cultures and experience incredible sea life.

“The power of travel to enrich people’s lives and perspectives”

“I believe in the power of travel to enrich people’s lives and perspectives,” explains Windstar President John Delaney, who also serves on the board of the organisation and pursued the partnership. “The Wind Surf will visit more than 20 countries and travel more than six thousand nautical miles on this voyage. I am beyond excited to leverage Windstar’s ships and crew to help bring the world to kids who may not necessarily have the opportunity to travel very far outside their own communities.” 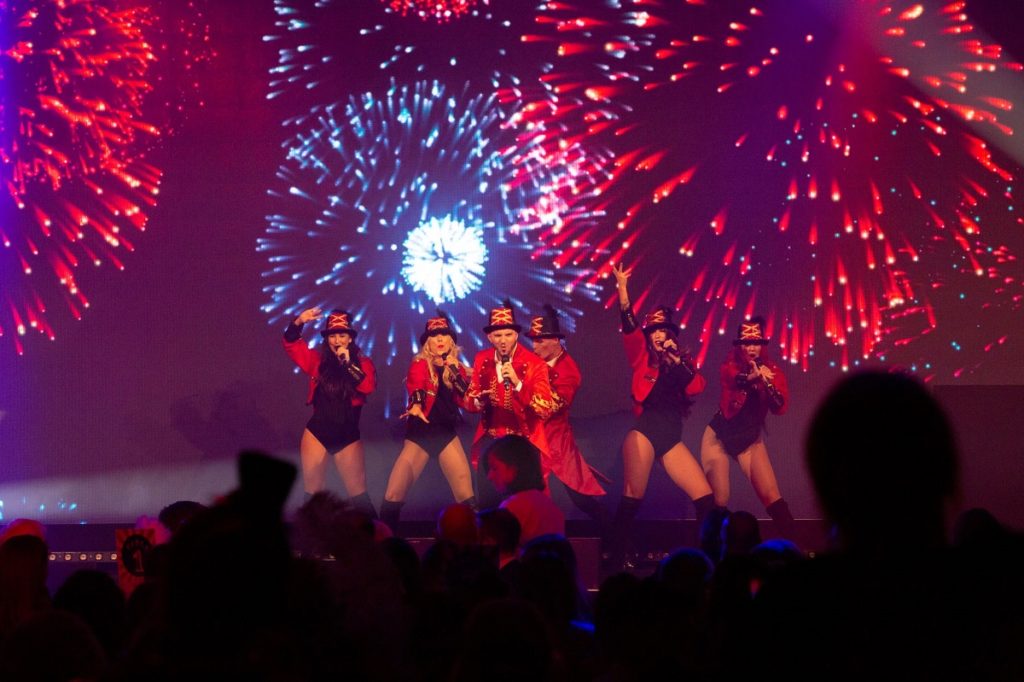 Fred. Olsen Cruise Lines has announced the appointment of Pop Up Entertainment as the new production show company aboard its ocean ship, Braemar, with effect from 1 June 2020.

Based in Blackburn, Lancashire and led by managing director Amy Toole, Pop Up Entertainment submitted its tender in June 2019 to provide production shows onboard Braemar. After an in-depth selection process, involving reviewing show-reels, meeting various show companies, and watching performances up and down the UK, Fred. Olsen finally awarded the contract to Pop Up Entertainment, out of some twenty tenders received overall.

The Literature Festival at Sea is a seven-night Transatlantic Crossing, which departs out of Southampton on 1 December and arrives in New York on 8 December 2020. The event, curated by the programming team at the Cheltenham Literature Festival, will bring together some of the most renowned names in the literary world.

The voyages will be headlined by award-winning authors Ian Rankin, Alexander McCall Smith and Prue Leith, who will host talks, workshops and Q&As on board. Guests will be able to listen to some of literature’s greatest writers in conversation about their life and work and get the chance to meet them at intimate author signings.

Luxury cruise line Seabourn is inviting guests to sip tea at sea with enhancement on the cruise line’s Afternoon Tea Service across the entire fleet.

Steeped in the tradition of proper English tea service, yet as fresh and memorable as a newly brewed pot, the cruise line’s new daily tea service is the latest innovation designed to ensure that every detail of the Seabourn experience is constantly evolving and delighting guests near and far.

The key element of Seabourn’s new Afternoon Tea Service is the line’s addition of the luxury tea brand TWG Tea. Established in Singapore in 2008, TWG Tea (which stands for The Wellbeing Group) offers the largest collection of over 800 different single-estate, fine harvests, and exclusive tea blends from renowned tea estates in every tea-producing region around the globe.