Viking Cruises has welcomed the latest additions to its river fleet, with the naming of seven new river ships during a celebration on the Rhine River in Basel, Switzerland.

Of the seven ships, six are Viking Longships – Viking Einar, Viking Sigrun, Viking Sigyn, Viking Tir, Viking Ullur and Viking Vali – which will be deployed on Viking’s most popular itineraries on the Rhine, Main and Danube Rivers. The seventh new ship – Viking Helgrim – was inspired by the Longships design and built specifically for the Douro River, bringing the company’s total number of sister ships in Portugal to four.

“We began hosting guests on the rivers of Russia 22 years ago, and we have always done things differently. We focus on the destination, and we provide travel experiences that allow our guests to learn, to enrich their lives and to explore the world in comfort. It is ‘The Viking Difference’ that has made us the leading river cruise line in the world – and has helped river cruising become one of the fastest-growing segments of travel,” said Torstein Hagen, chairman of Viking. 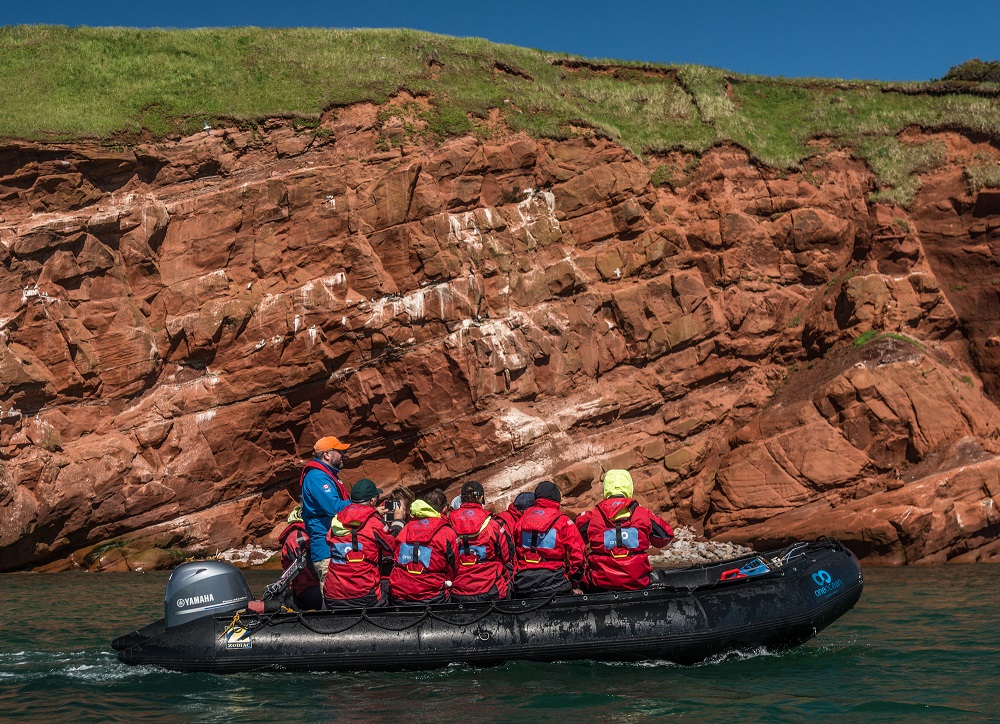 One Ocean Expeditions (OOE), a specialist in small-ship expedition cruising, stretches its sails to warmer climates with its inaugural Active Discovery programmes.

Sailing on board the RCGS Resolute, OOE’s Active Discovery voyages play host to a multitude of daily activities based on the destination — from zodiac cruising, sea-kayaking and stand-up paddle boarding to cycling, hiking and snorkelling, all included in the voyage fare.

One of the highlights of Fred. Olsen Cruise Lines’ new 2020/21 ocean programme is its inaugural 14-night ‘Authentic Japan’ fly-cruise, from Tokyo in January 2021, aboard Boudicca. The itinerary features three maiden calls in Japan – Beppu, Hiroshima and Nagoya – and focuses upon the themes of ‘authenticity’ and taking guests ‘closer’, as part of Fred. Olsen’s range of new ‘Community & Way of Life’ cruise experiences.

Princess Cruises has published images of its recently-announced interactive top-deck area, The Reef Family Splash Zone, which will open on the 3,140-guest Caribbean Princess ship. The enhancements will be available from June as the ship sails the Caribbean.

The Reef comprises areas including a water playground with a splash pool, assorted jets and showers, and an interactive whale feature complete with spraying water from its tail; a multi-generational game zone including oversized activities such as giant Connect Four and Jenga, with a family-friendly bar serving mocktails and cocktails; and an updated pool and jacuzzi.