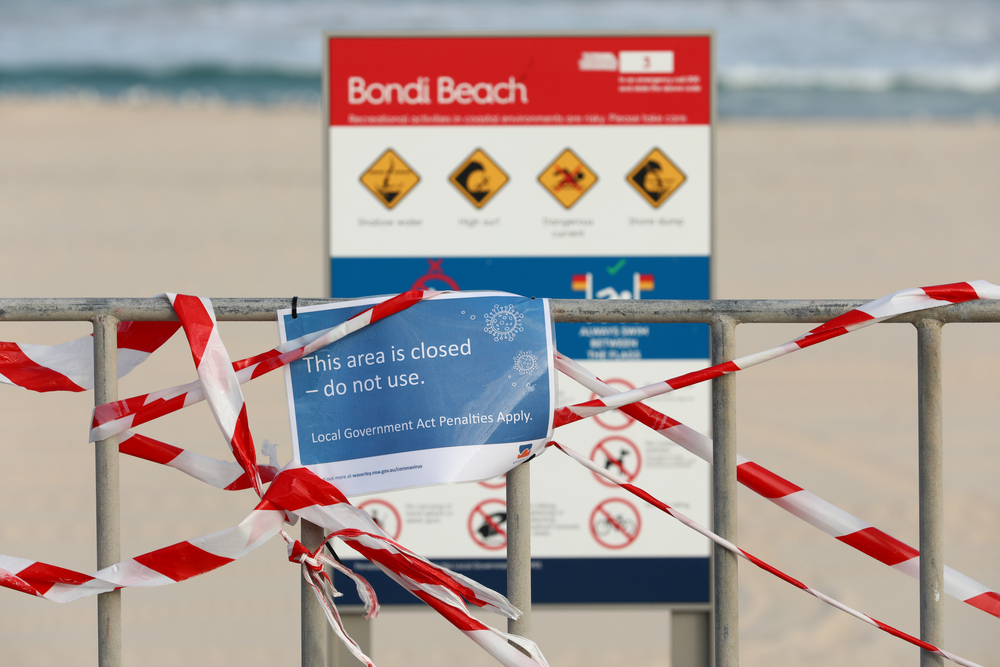 As Queensland continues to investigate the origin of the Hotel Grand Chancellor cluster, different states have begun easing their coronavirus border restrictions involving the Sunshine State.

People in Greater Brisbane will be allowed to travel to Victoria without needing to apply for an exemption, while WA’s hard border with Victoria will fall today when a controlled border will come into effect.

Here are the various state restrictions as they stand:

NSW’s borders are currently open to every state and territory.

However, NSW has relaxed its borders after Greater Brisbane emerged from its three-day lockdown.

There are no restrictions for moving around within NSW, but the State Government has asked people to avoid non-essential travel to the regions, particularly Greater Sydneysiders.

That’s because most of NSW’s cases are concentrated within the Greater Sydney area, which includes the Blue Mountains, Central Coast and Wollongong.

People who have visited a Greater Sydney hotspot within the past two weeks are not allowed to enter Queensland.

Anyone entering Queensland who has not been in a declared hotspot in the last 14 days but has been in New South Wales since December 11 must apply for a border pass.

Queensland residents returning home from a hotspot must quarantine for 14 days in government-arranged accommodation at their own expense.

If you have been in Victoria during the past two weeks, you need to get tested once you arrive in Queensland and quarantine at home until you receive a negative test result.

Visitors from other states and territories can enter Queensland without a border pass or quarantine period.

All interstate travellers will require a permit to enter Victoria under the state’s new travel permit system, which allows travel from “green zones” and “orange zones”.

Travellers from “orange zones” will be required to be tested within 72 hours of arrival and isolate until they receive a negative result.

Victorian Premier Daniel Andrews announced the state is relaxing its restrictions on travel from Queensland, downgrading Greater Brisbane from a “red zone” to an “orange zone” from 6:00pm on Saturday night.

Greater Sydney, including Wollongong and the Blue Mountains, is still classified as a “red zone”, meaning travelling from there is still banned without an exemption.

The ACT has announced people from Greater Brisbane will no longer need to quarantine in the capital.

On January 12, the ACT removed the Central Coast and Wollongong from their list of COVID-19 affected areas in New South Wales.

Greater Sydneysiders or people who have visited that region are still not permitted to enter the ACT.

However, returning ACT residents who have been in Greater Sydney can return as long as they undertake a 14-day quarantine period.

Tasmania has eased its quarantine requirements for people who arrived in the state from the Greater Brisbane area before Friday, January 8.

Health Minister Sarah Courtney said people who arrived in Tasmania prior to 9:00am on Friday, January 8, would no longer need to quarantine as they posed no risk.

People who arrived from the Greater Brisbane area after that time are required to continue to quarantine, with a review due on Monday, January 18.

Greater Brisbane remains classified as a high-risk area, with anyone arriving in Tasmania from the region still required to quarantine.

People coming from the Greater Sydney area into Tasmania are also required to quarantine for 14 days, either at suitable premises or government accommodation.

Western Australia will move to a controlled border with Victoria from Monday with the state to be reclassified as “low-risk”.

It means people will be able to enter the state without needing a special exemption, but they will still be required to self-quarantine for a fortnight and get a COVID-19 test.

Anyone coming from Victoria who has been in, or travelled through, a medium-risk jurisdiction in the past 14 days will not be able to enter WA without an exemption.

Travel from anywhere within Victoria or NSW is not permitted either unless the person is exempt, for example, they are a diplomat or military personnel.

People from the Australian Capital Territory, Northern Territory, South Australia and Tasmania can visit as long as they fill in a form and complete a health screening on arrival.

Anyone who wants to go to South Australia must fill in a form, known as the Cross Border Travel Registration.

Until 12:01am on Sunday, people who have stopped in Greater Brisbane must enter self-quarantine for 14 days and be tested on days one, five and 12.

People arriving from Greater Brisbane between Sunday and Thursday will need to have coronavirus tests on the same days but will not have to quarantine.

From January 14, the Greater Sydney, Wollongong and Central Coast are prohibited from entering SA unless they are an essential traveller or an exempt person, while people from the rest of NSW may travel but need to have a COVID-19 test on days one, five and 12.

The SA Government says the travel ban does not include people escaping domestic violence, people who normally live in South Australia and those relocating to South Australia.

Anyone headed to the Northern Territory is required to fill in an exemption form.

But people who have been to a COVID-19 hotspot must go into mandatory supervised quarantine at their own cost ($2,500) upon arrival.

At the moment all the COVID-19 hotspots are located throughout the area of Greater Sydney, including the city of Sydney, Parramatta, the Northern Beaches and Hornsby.

On Monday, the NT Government revoked its hotspot declaration for Greater Brisbane.

That means people who have been in Queensland’s capital and its surrounds will no longer need to quarantine in NT.

Brisbane was declared a hotspot on Friday after a quarantine hotel worker tested positive for the more contagious UK strain of coronavirus.