By Alastair Newport On May 9, 2019
Guest Contributor

David Beckham joined executives from Las Vegas Sands and Sands China Ltd on stage at The Venetian hotel in Macau yesterday, to bring some extra razzle-dazzle to the company’s USD 2.2 billion relaunch of the Cotai Strip integrated resort as The Londoner Macao.

In his capacity as global brand ambassador for the company, Beckham provided tantalising details about the major redesign and discussed how he has brought his keen eye for detail and experience of the luxury market into the mix. The footballer turned businessmen even made a short film about “his London”, which was shown as part of a glamorous launch event, which featured flying drummers and live music.

Discussing the project, East Londoner Beckham said: London is an incredible city and one that I am proud to call my home. To be able to work so closely with the Sands team to bring the elements of London that I love to the city of Macao is a wonderful opportunity.

Interior design is a real passion for me so to be involved in the design process and help shape this project is another important step in our long-standing partnership with Sands Resorts Macao. I can’t wait to welcome everyone to come and experience what we are creating here – a little bit of London in Macao.” 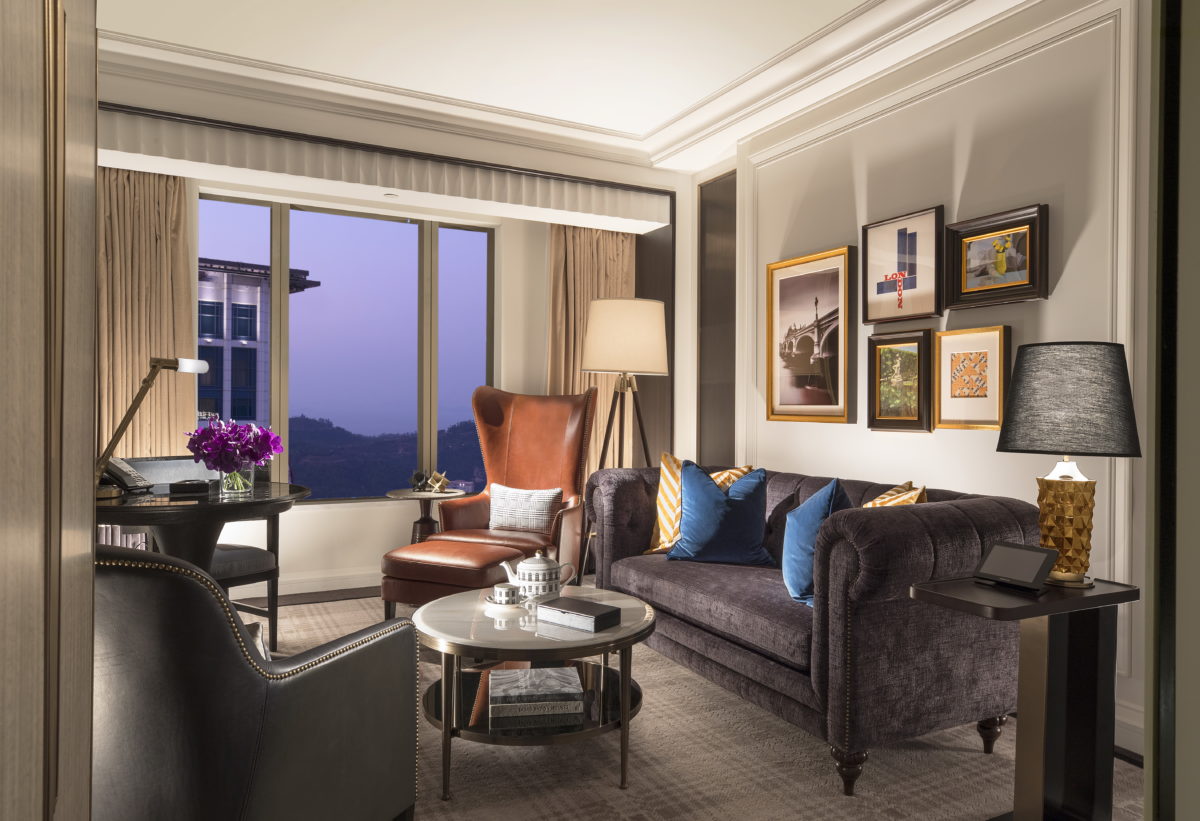 “We could not be more excited about the development of The Londoner Macao,” said Las Vegas Sands president and chief operating officer Robert Goldstein, who attended the event. “Sands has invested heavily here because we believe wholeheartedly that Macao’s complete arrival as one of the world’s greatest tourism and business destinations is just on the horizon.

The Venetian and The Parisian have each become “must-see” destinations on the Cotai Strip and we have every confidence that The Londoner will be every bit their equal. The power of these three iconic integrated resorts working in tandem will create a combination of leisure and business tourism amenities unrivalled in Asia and Europe and on par with the success of Las Vegas,” he concluded.

The Londoner Macao will feature recreations of classic British landmarks, with an exterior modelled on the Palace of Westminster and Houses of Parliament, complete with 96-metre Elizabeth Tower and the iconic clock face of Big Ben.

Interiors will offer a combination of grandeur and comfort, with luxurious British design extending to the spacious Crystal Palace atrium centrepiece, restaurants, retail offerings and entertainment. These include more than 20 dining options, with several new restaurant concepts including an authentic British style gastropub by Gordon Ramsay and a new Thai restaurant – The Mews.

In addition, guests and visitors can enjoy 200 stores at Shoppes at The Londoner (previously Shoppes at Cotai Central), 34,300 square metres of meeting and convention space, three spas and four health clubs.

Adding his thoughts Dr. Wilfred Wong, president of Sands China Ltd, said: “The Londoner Macao, with its world-class luxury suites, new dining and spectacular entertainment, will offer guests and visitors alike another reason to visit Macao. The launch marks yet another milestone in the company’s efforts to support Macao’s development as a world centre of tourism and leisure and it also shows that Sands is fully committed to supporting Macao’s vision as a leader in the Guangdong-Hong Kong-Macao Greater Bay Area.”

David Beckham beckons you to Qatar