Discover the real Singapore on the Baba Trail 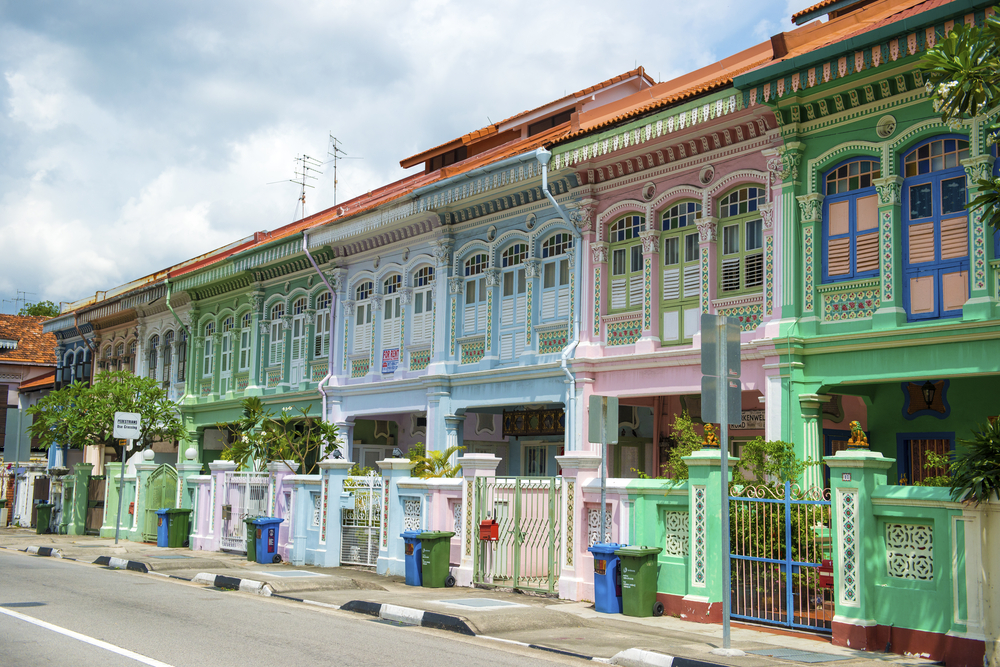 Amidst Singapore’s towering skyline, there is the slowly diminishing Peranakan culture that contributed greatly to Singapore’s landscape and culinary heritage. From intricately designed shophouses to homemade kueh and beaded sandals, Peranakan culture is the perfect marriage of Malay and Chinese (sometimes Indian) cultures, that quite personified Singapore itself.

The word ‘Peranakan’ means ‘locally born’ in Malay. A fascinating blend of cultures from the region, it refers to people descended from marriages between Chinese or Indian men and local Malay or Indonesian women. Whether they identify themselves as Chitty Melaka, or Peranakan Indians (descendants of marriages between South Indian Hindu merchants and local women) or Jawi Peranakans (descendants from intermarriage between South Indian-Muslim traders and local women), early Peranakans were traders and shopkeepers, and were fondly known as Babas in Singapore. The women – and their delicious cooking – is synonymous as Nyonya to this date.

The Baba Trail is a walk down heritage lane with a visit to the Peranakan hotspots – NUS Baba House, The Peranakan Museum, Rumah Bebe, Kim Choo Kueh Chang; as it glorifies the true blue Singapura that is hidden in the modern metropolis. 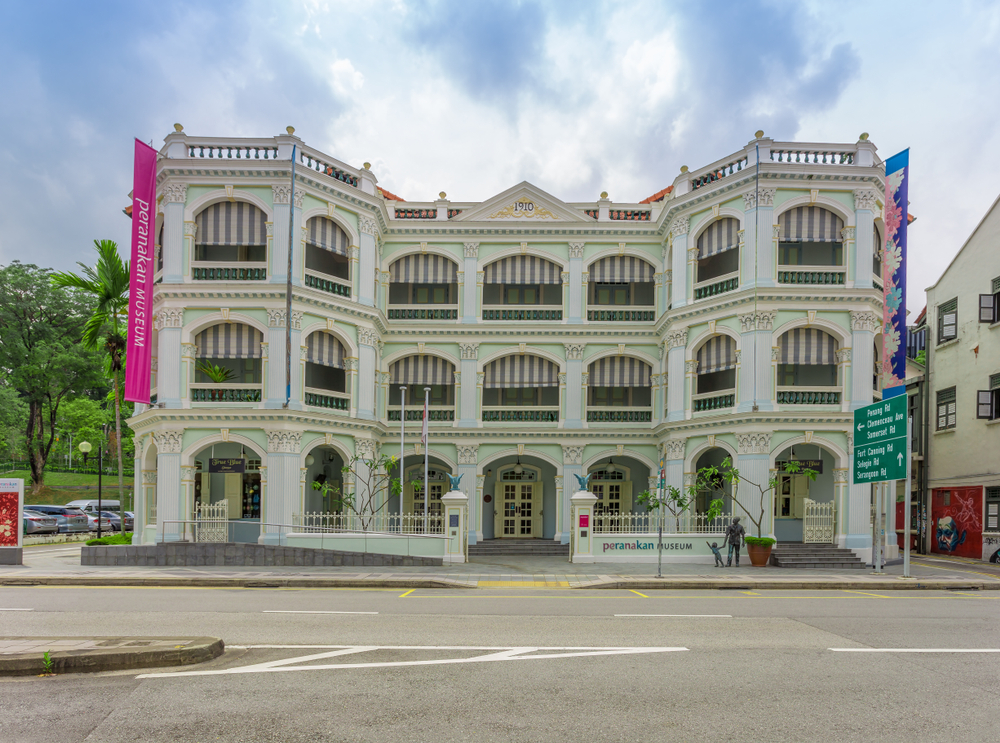 Acquaint travellers with an orientation stop at the Peranakan Museum. The go-to destination for Peranakan heritage and culture, it houses the world’s finest collection of Peranakan artefacts including traditional jewellery, furniture, and textiles. The artefacts bring out the beautiful confluence of Chinese, Malay and Indian elements that is at the heart of Peranakan culture. Don’t miss the elaborate 12-day Peranakan wedding exhibit and the stories of prominent Peranakans in Singapore’s history.

Housed in the former Tao Nan School that was built in 1912, and was the first modern Hokkien school set up in the Straits Settlements; the museum spreads across ten permanent galleries over three floors. Similar to Peranakan housing layouts, the rooms here sit around a central hall while toilets and kitchens are outside the main building. 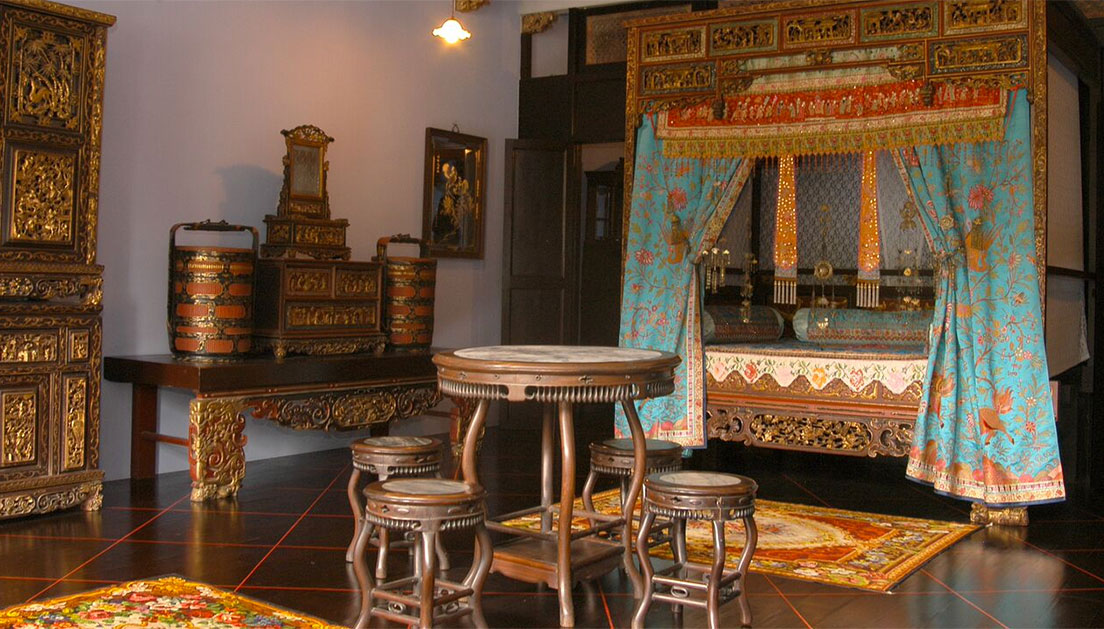 Built around 1895, 157 Neil Road is the heritage townhouse of shipping tycoon Wee Bin. It has been restored by the National University of Singaporeto display the early 20th-century domestic life and culture of the Peranakan Chinese.

As if a personal guest of the family, the guided tour of the Baba House runs for about an hour and a half, and shares anecdotes about the lesser-known lifestyle of the wealthy Peranakan traders. A collector’s paradise, the tour takes one through the ornately decorated reception hall in front of the house, the back room, outdoor kitchen, and the bedrooms on level two.

The wealthy Peranakans often painted the exterior in outstanding colours such as the aquamarine in this one as an expression of their wealth. The show of wealth continued inside the house too with art and decor pieces made of phoenix (representing stability and harmony) and peony (wealth) and decorated with motifs and mother pearl. The original occupants of the house are glorified in family portraits placed inside beautifully carved, golden frames with floral motifs.

The kitchen in a Peranakan household mandatorily sits in the back of the house given it is always bustling with activity. The Baba House has also restored a version of the various cutlery and Peranakan accessories used in the kitchen. The third floor is turned into a gallery that features various modern and traditional exhibitions from time to time.

Tip: Heritage tours and visits are offered five times a week, free of cost. Advance bookings and appointments for group tours are required. 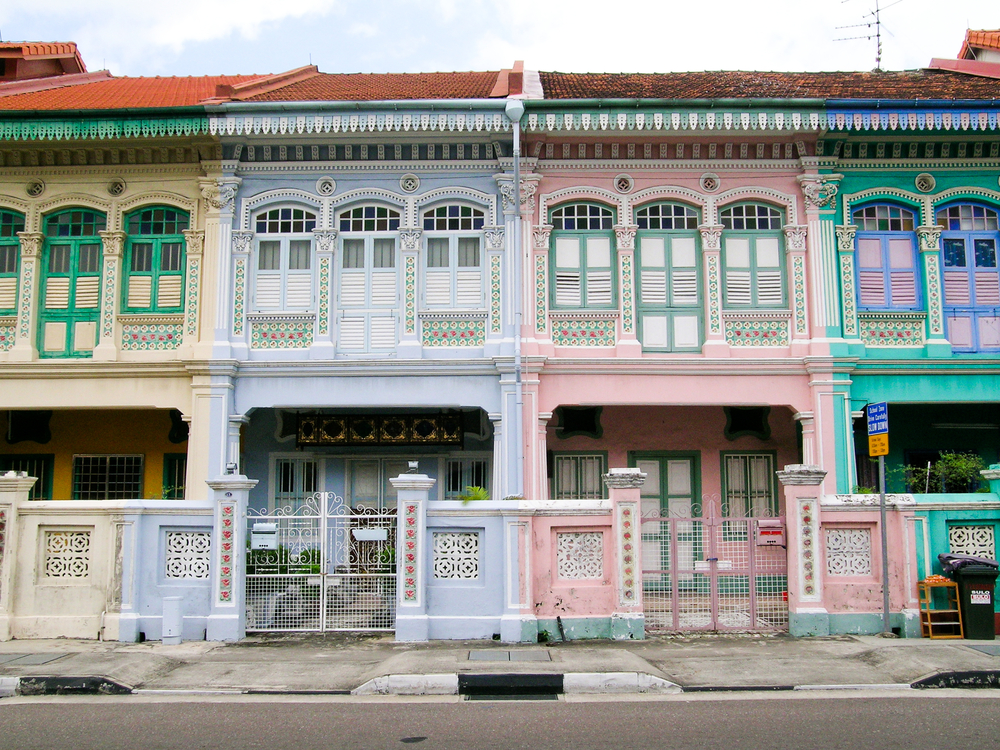 The Katong district in east Singapore was once filled with coconut plantations and used to be a weekend retreat for wealthy city dwellers until the Peranakans settled along Joo Chiat street in the early 20th-century.

Named after Chew Joo Chiat, a wealthy Peranakan landowner, it is today synonymous as the Peranakan district thanks to the string of colourful shophouses with ornate facades, intricate motifs, and ceramic tiles. Wander through its bustling enclaves and soak in the rich and baroque Peranakan architecture.

Visit The Intan, a private home-museum dedicated to celebrating the unique culture of the Peranakans and listen to the collector’s story who has over the years sourced his artefacts from Singapore, Malacca, China, India and even England (entry is by appointment only).

For travellers who seek a deeper experience of the Peranakan life, spending a night at Hotel Indigo in Katong is a good idea. Rooms designed with innate elements and local cuisine at Baba Chews (hotel’s restaurant) certainly transports one back in time.

Discover the real Singapore on the Baba Trail