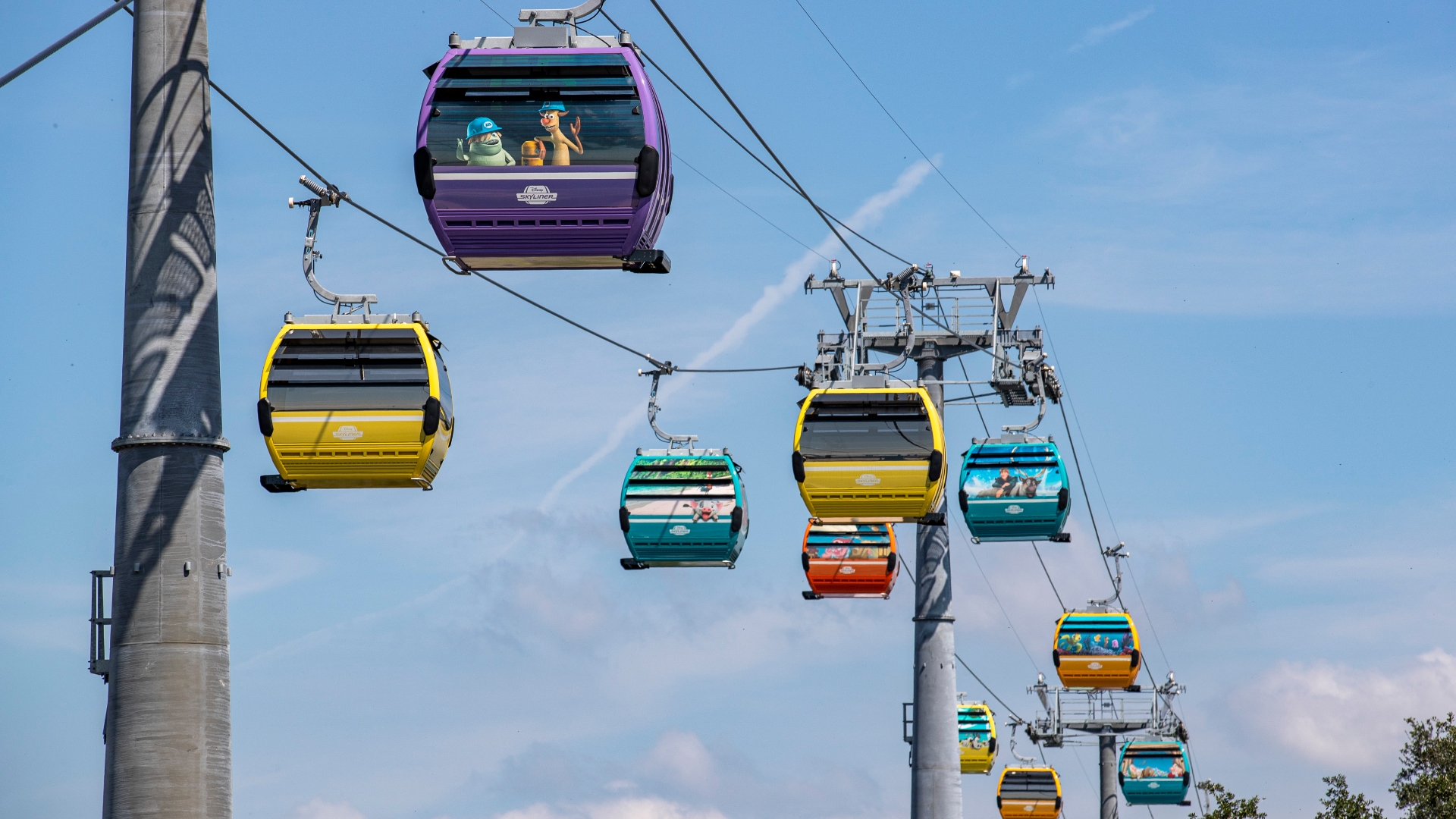 The much-awaited Disney Skyliner gondola transportation system at Disney World has opened to the public. The system has five stations connecting the Epcot and Disney Hollywood Studios parks with four resorts. They are the park’s latest addition to one of the largest private transportation systems in the US.

The station for Disney’s Hollywood Studios is located near the park’s entrance, and the Epcot station is located at the International Gateway, the park entrance located between its France and England pavilions. There are also stations at Disney’s Riviera Resort, which opens on December 16.

Each gondola seats 10, or six if there is a wheelchair or stroller in the cabin. The aerial tram system will take visitors from the hotels to the theme parks while going at 11 mph.

There are 300 enclosed gondolas. Many of the cabins are Disney-themed. These themes include Disney’s Beauty and the Beast, Star Wars, Mickey Mouse, Pirates of the Caribbean, and even the Hitchhiking Ghosts from the Haunted Mansion.