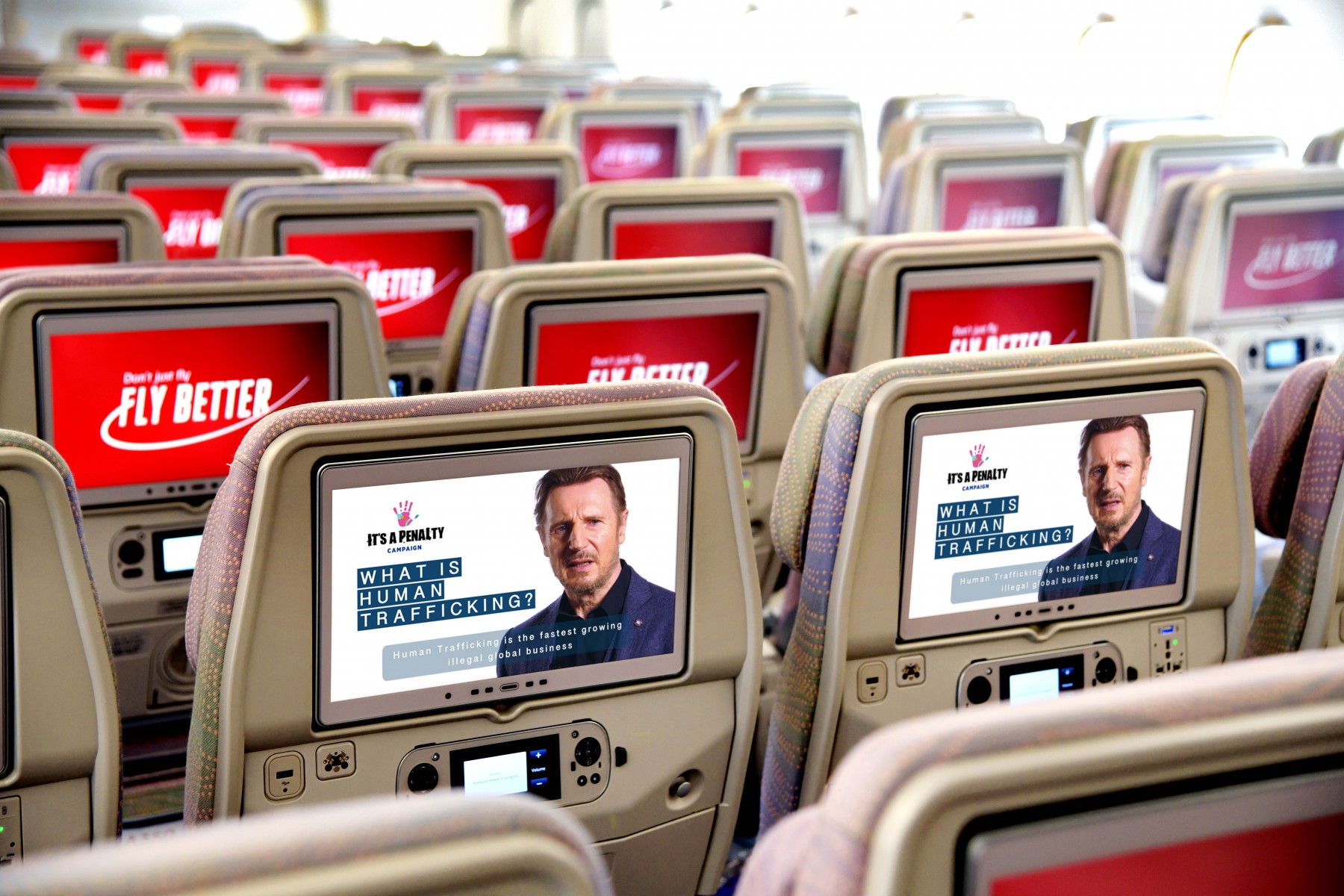 Emirates is airing on its ice inflight entertainment system a short film designed to educate the world about the misconceptions and the reality of human trafficking and exploitation happening globally.

By supporting It’s a Penalty’s newest global film ‘What is Human Trafficking?’ launched in collaboration with actor Liam Neeson, the airline hopes to shine a light on this global problem and help more people understand what human trafficking is. With greater awareness, more suspected cases can be identified and reported, thereby protecting and preventing those at risk from becoming victims.

In 2017, the International Labour Organisation (ILO) estimated that there were 24.9 million people trafficked globally (equivalent to the population of Australia), of which 75% are women and children.

Through its security division, the carrier works with government agencies and organisations including the International Air Transport Association (IATA), the US Overseas Security Advisory Council (OSAC), and UN Office on Drug and Crimes (UNODC) on efforts to improve awareness of human trafficking and co-operate on effective response strategies within the air transport industry.

Recognising that frontline employees at the airport and onboard flights are uniquely placed to look out for this type of crime, Emirates has for several years invested in training programmes to help its airport and crew workforce to be aware of this crime, and give them the tools to identify and report suspected cases of human trafficking to the appropriate law enforcement organisations.

The Emirates Group also has an anti-slavery and human trafficking policy, and publishes transparency statements on the Modern Slavery Act annually as part of its ongoing commitment to combat this crime.

Since 2014, It’s a Penalty has been working to disrupt the fastest growing and second largest criminal industry in the world: human trafficking and exploitation. The campaign’s impact is a result of collaboration with strategic stakeholders, such as high-profile sporting athletes, the travel and tourism industry – including airlines, hotels, and transportation companies – sporting governing bodies/hosting committees, NGOs, governments, and corporations.

Emirates’ flagship A380 returns to Morocco